Sharp is starting to make more moves with Toshiba’s computer business, which Sharp acquired for $36 million last year. A new all-in-one (AIO) computer with a serious display, something Sharp is known for, was shown off with the Dynabook branding, as spotted by PC Watch.

The new computer wasn’t spotted with any specific name, but it got the Dynabook branding that Toshiba recently shifted towards.

The new Dynabook is an AIO with a 31.5-inch display using an 8K IGZO panel capable of hitting 800 nits worth of brightness. That luminance could could help it meet the VESA DisplayHDR 600 specifications. The display also has a refresh rate of 120Hz, making it a truly high-performance screen. 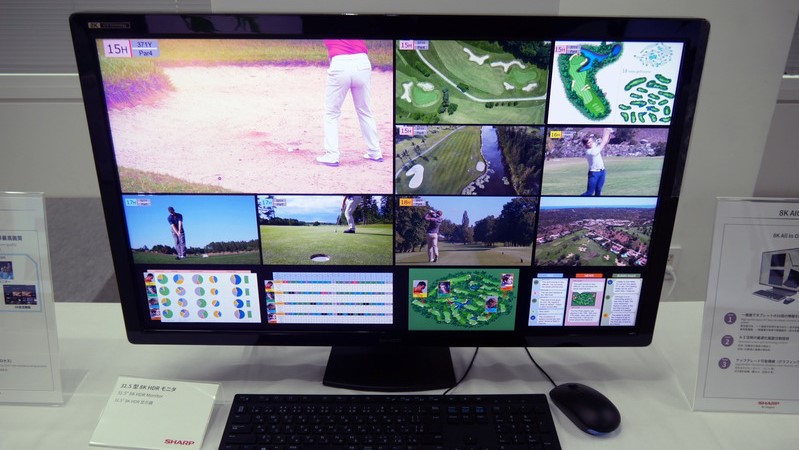 Beyond these specs, though, there’s little clear about the new Dynabook PC. While the HDMI 2.1 specification and DisplayPort 1.4 specification offer the bandwidth to support 8K video or 4K at the 120Hz refresh rate of the display, supporting and powering the display at 8K/120Hz is another matter. Even if the AIO were packing four Nvidia GeForce RTX 2080 Ti graphics cards, they wouldn’t be enough to push many new games in 8K at 120Hz.

That said, the new Dynabook is most likely targeted for workplace productivity. In the past, Toshiba has turned efforts away from consumer products with its laptops, and a computer like this seems more likely positioned for video and graphics work, though details on color accuracy haven’t been revealed. It could come loaded with one of Nvidia’s extra powerful Quadro graphics processors.

An interesting difference between this new Dynabook and the likes of an iMac Pro is that this model is said to allow the video card and memory to be upgraded. That’s something that tends to be difficult on AIO computers.

Since we haven’t seen what the part of the Dynabook housing the actual hardware looks like, it’s hard to say just what Sharp has in store. Housing upgradable memory in a compact form factor is one thing, but swap-able desktop graphics cards is another entirely.