Running a small business is no easy task. The last thing you need is extra complexity in your IT infrastructure – so why turn to Linux?

Well, it could (if you’re lucky) actually turn out to be a less complex choice for many tasks, depending on the distribution you select. And, critically, Linux is free; at least if you don’t figure in support costs. That’s an overhead ticked off the list.

So what’s the best choice for your small business? We’ve approached this selection with a few criteria in mind. Stability must come first: if you’re putting a distro to work, uptime is critical. Solid support provision comes a close second.

We’ve also considered practical capabilities, which is why you’ll find a couple of non-desktop distributions on our list. 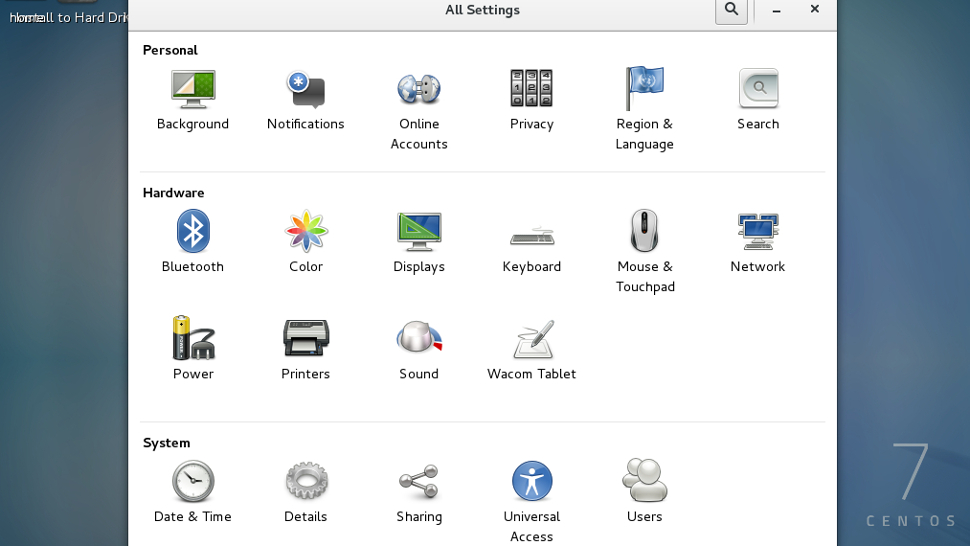 Built on the solid foundation of Red Hat Enterprise Linux (RHEL) – and, indeed, officially funded by Red Hat as of 2014 – CentOS is undoubtedly a distro with strong credentials. Its default Gnome desktop is pleasant and reasonably familiar to most computer users, the RPM package management system is widely supported, and it’s equally at home on workstations and servers.

CentOS harnesses the open source components of its parent OS, which actually make up the majority of RHEL. Only Red Hat’s trademarks and a few proprietary components are omitted. Thanks to this unique partnership, updates tend to flow to CentOS only a day or two after they hit RHEL. In other words, this is enterprise-class Linux that anyone can use.

CentOS is now one of the world’s most popular server distros, and is perfect if you want to build serious hardware appliances without paying for a Red Hat subscription. While the CentOS community can provide some useful advice free of charge, professional support is the key reason for using RHEL. Server prices for Red Hat combined with a support package start at $799 (around £600, AU$1,065) per year, so it could be prohibitively expensive for small business use. 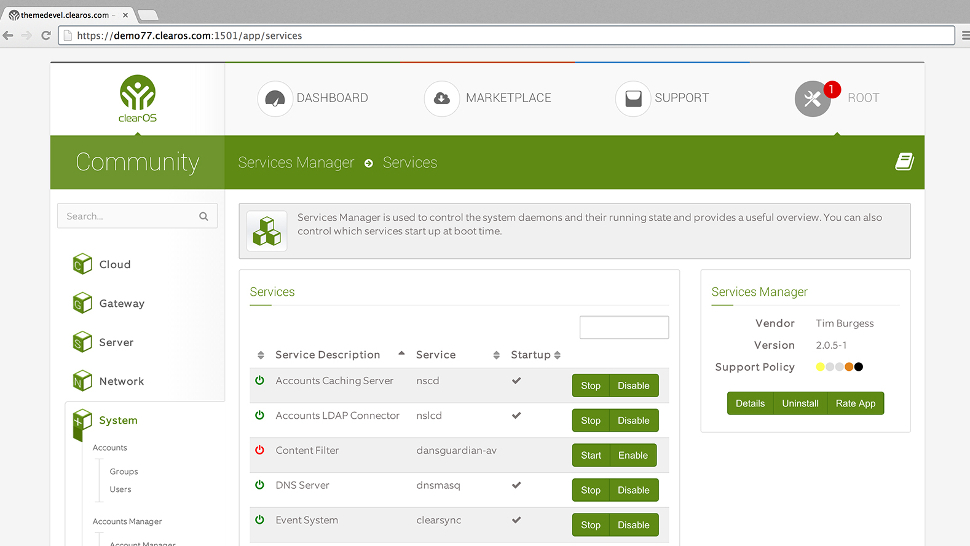 ClearOS and CentOS are pretty close cousins. Both run many of the same packages inherited from RHEL, and can benefit from the swift Red Hat release cycle. But while CentOS is a functional desktop OS, ClearOS is designed primarily as a server platform and an alternative to commercial options like Red Hat Enterprise Server or Windows Small Business Server. The OS is administered entirely from a web interface, so you won’t need a keyboard, mouse, or even a monitor connected to the machine once ClearOS is installed.

Because of its tight focus, ClearOS is actually easier to use than most server operating systems. That web interface makes installing this operating system’s various components a breeze, so you can easily set up a firewall for your business, manage an email server, install a file server or more – all safe in the knowledge that each of these components will (most likely) work perfectly together.

ClearOS 7 is supported professionally by a dedicated ClearCARE team. It also includes software packages that have been thoroughly tested for stability. Prices start at $108 (£83, AU$153) per year. You might also be interested in ClearVM, the team’s virtualisation solution – the free version allows you to finely manage the precise performance of two virtual machines and eight CPU cores. 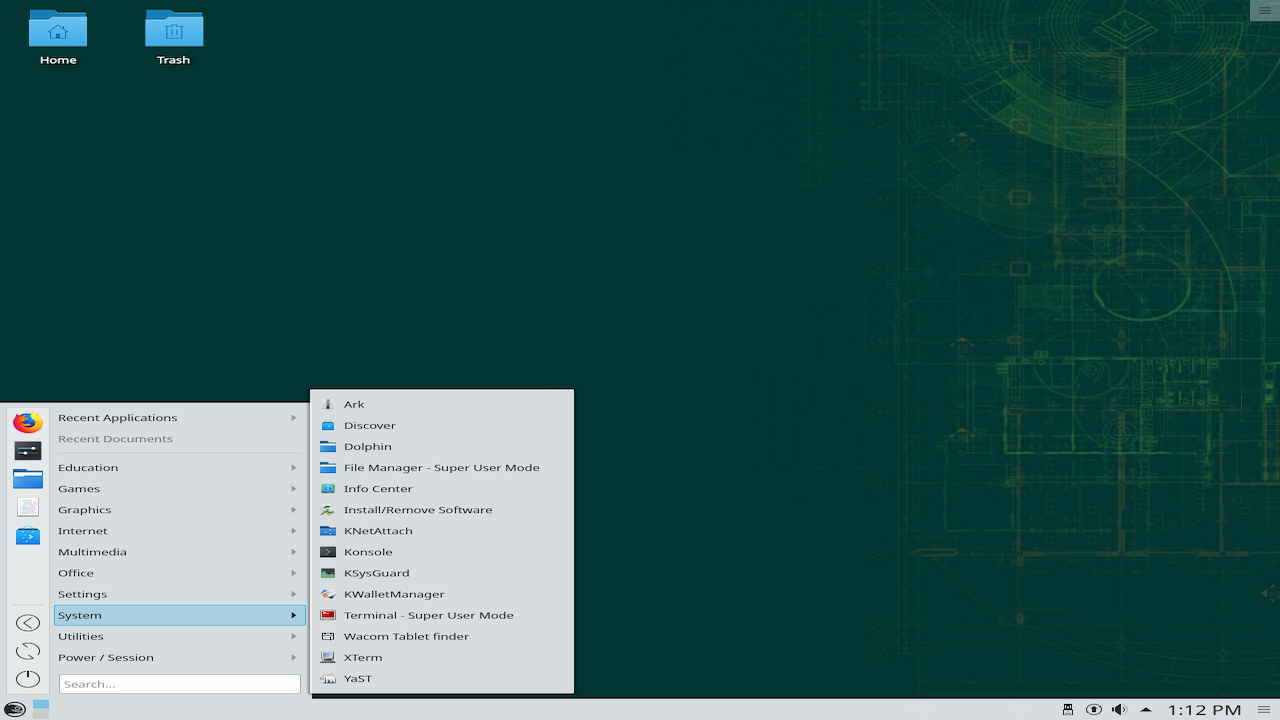 While CentOS is an open source OS based on a paid-for release, OpenSUSE works in reverse. This community-developed operating system is used as the basis for the commercially-supported SUSE Linux Enterprise. SUSE actually borrows a lot from Red Hat, including its RPM package management system, but isn’t a direct clone.

OpenSUSE is one of the few distros to use the graphically-heavy KDE window manager by default, though you can also install Mate, LXDE and others. This means it can run on older hardware. In fact, if you’re looking to run small web appliances, the latest version will run on a Raspberry Pi and includes a huge number of packages.

OpenSUSE now follows a rolling release model, which means updates are regularly available without you having to manually upgrade every 18 months as before. This makes for a much more secure and stable operating system. 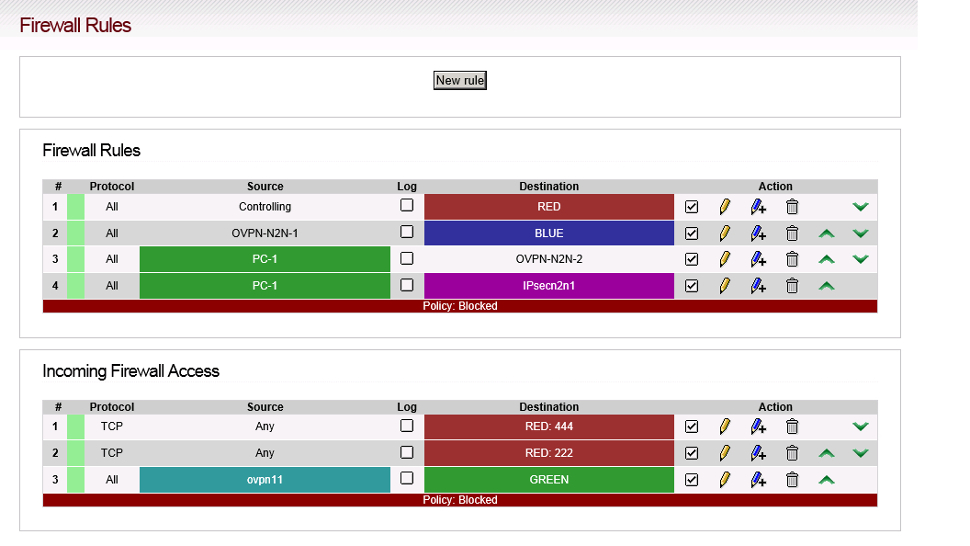 If you’re running a small business, the security of your network should be as important a concern as the behaviour of your employees. IPFire ticks both these boxes at once. It’s an all-in-one Linux appliance: install it on a machine which sits between your internet connection and your network switch and it’ll do everything from managing IP addresses to protecting you with a firewall, and controlling what sites your workers are allowed to visit and when.

It does require a certain level of knowledge to get IPFire installed, and its unique nature – it’s constructed from scratch, not forked from any specific version of Linux – means it won’t be quite as easy to configure as other distros may be. Thankfully there are regular ‘Core’ updates, which incrementally keep IPFire up to date with the latest security and app updates.

IPFire is managed via a web interface and requires at least a machine with two network connections. There’s an excellent installation handbook and paid support is available if necessary. 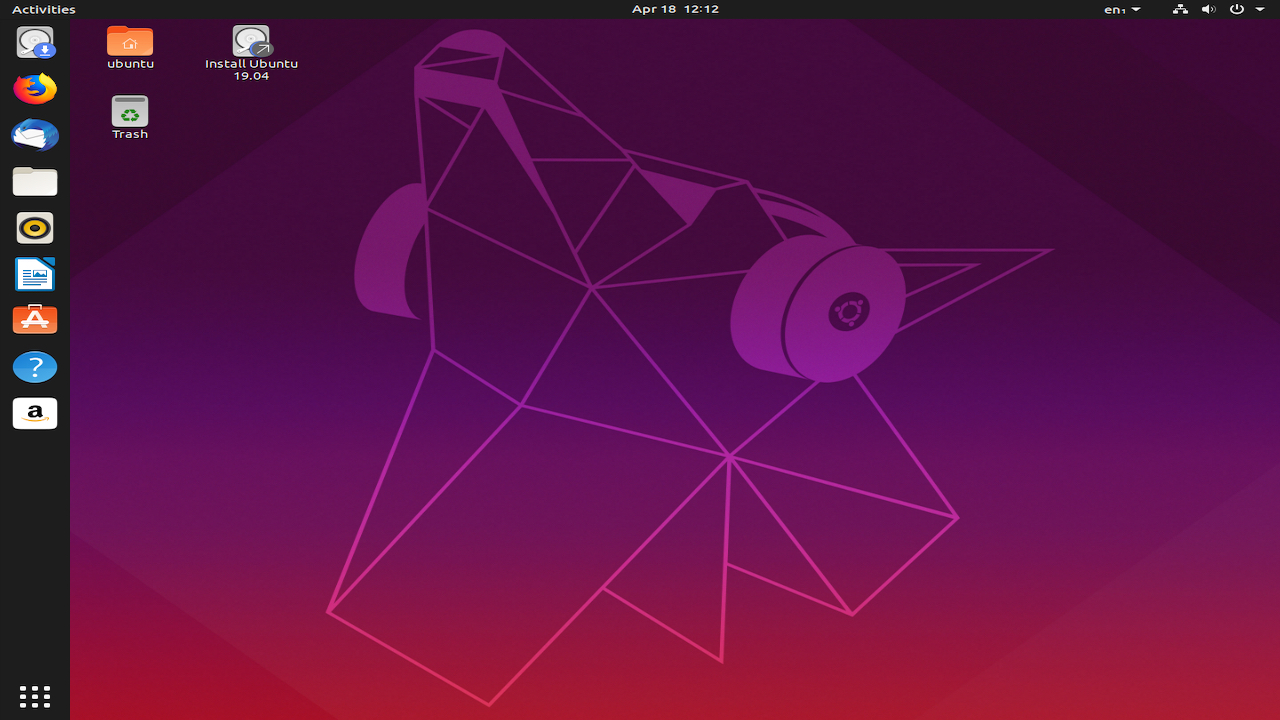 As the most popular desktop distribution of Linux, Ubuntu’s reputation might lead you to think that it’s best suited to home users. While Ubuntu’s stability and flexibility for end users is very solid, there’s also a free-to-use Ubuntu Server version to handle your backend tasks. This is based on Debian Linux, and can make use of Debian’s packages through the Apt package management system (to supplement its own offerings). This means you’ll be able to get the software you need quickly and easily.

One of Ubuntu’s strongest features is the level of support it benefits from. The vast user base means there’s a raft of technical documentation available, and its generous community has answered just about every question you might have.

Ubuntu is released twice a year in April and October. The April releases are tagged LTS which stands for Long Term Support, and unlike the versions released in the autumn, these are maintained for five years. With Ubuntu 16.04 LTS, you’re covered until 2021, which is a great advantage for long-term stability.

For those times when you need a little more help, the Ubuntu Advantage program is a reasonably priced support offering, starting from $75 (£57, AU$106) per year for virtual servers and $225 (£173, AU$318) for physical nodes. 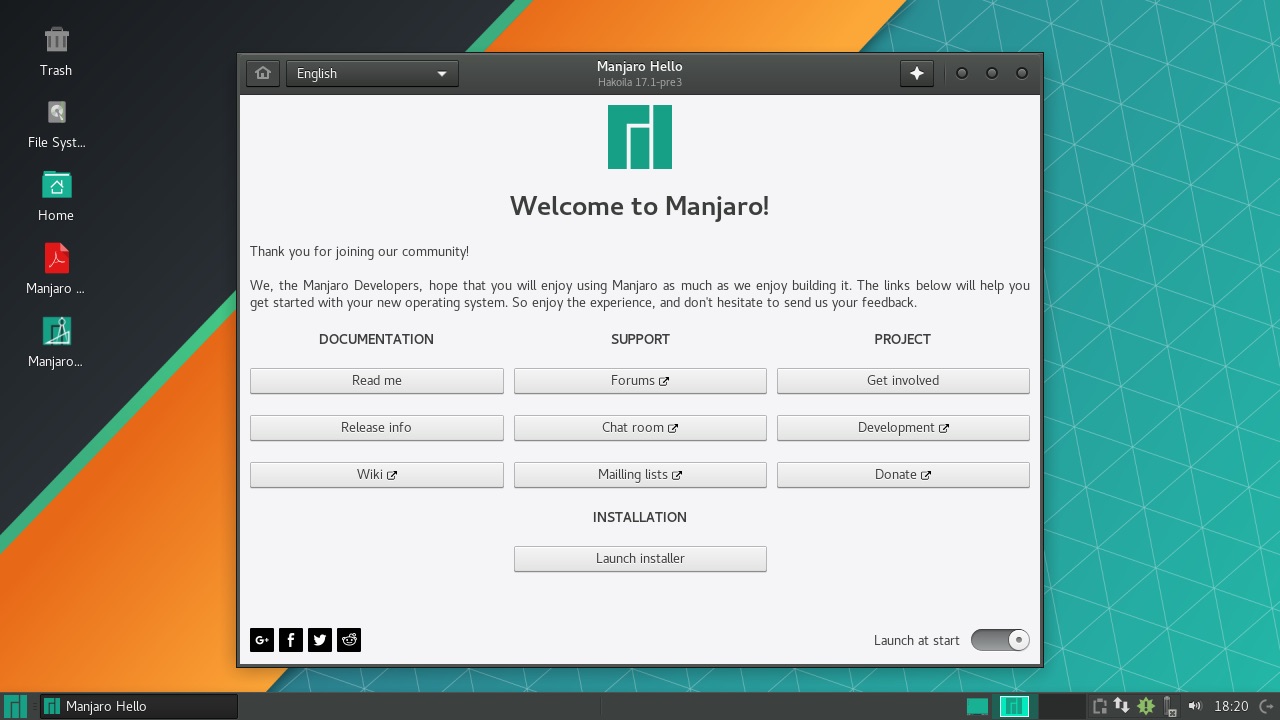 Manjaro is built on top of Arch Linux, traditionally one of the more complex and obtuse Linux distros out there. This OS does away with that complexity, while sharing Arch’s streamlined and fast environment, its latest ‘bleeding edge’ software, and its rolling release schedule.

This means you should never have to install a later version of the software – you’ll get the updates as they’re released, and your Manjaro machines will upgrade over time rather than being taken out of service.

The latest release of Manjaro 17.0.6 uses its own default dark theme which is based on Xfce, but other official builds use the KDE and Gnome desktop environments.

Manjaro has made other improvements over Arch – a better installer, improved hardware detection and repositories full of stable software make it a solid choice for end-user systems. With some work you could probably build a server from Manjaro’s Minimal Net edition, but other distros handle that aspect a lot better.

You could also find a prebuilt version amongst Manjaro’s community editions which may suit your needs perfectly; check them out here. 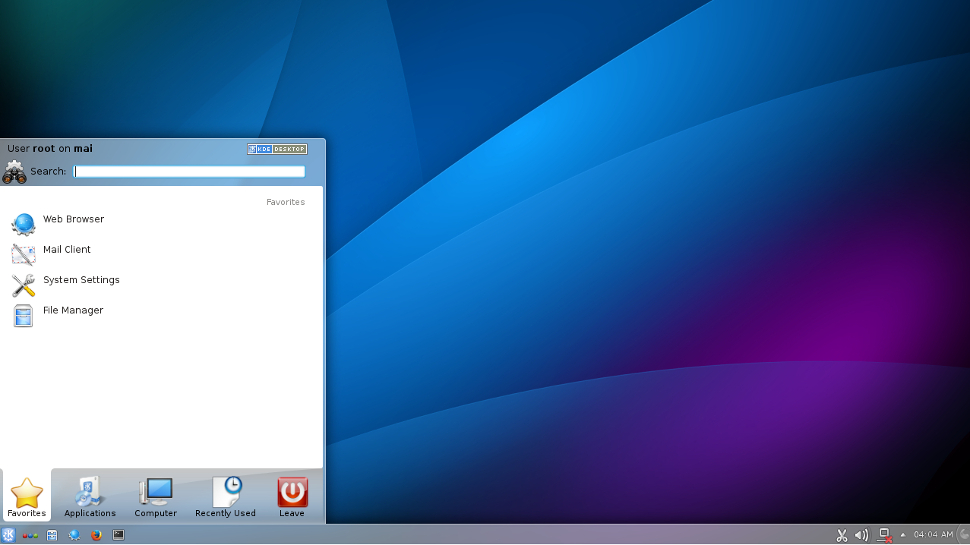 We’re entering the realm of more difficult distros here, and we’re doing it without the safety net of a dedicated paid support structure, but give Slackware a chance if you’re looking to build bespoke Linux systems.

It’s the oldest consistently maintained Linux distro, having first emerged in 1993, and as such it doesn’t make any assumptions about the way you’re going to use it, giving you more control than most other types of Linux.

You’re going to need control, though: its package manager doesn’t resolve software dependencies, there’s no fixed release schedule (new stable versions of Slackware tend to come out when they’re ready, and the most recent release gap was around three years), and there are no graphical configuration tools.

But knuckle down, edit a bunch of plain text files, and you’ll be able to create exactly the package you need for your business, all on top of a lightweight and bloat-free distro.