At Computex 2019, AMD is celebrating its 50th anniversary, and it has unveiled AMD Ryzen 3rd Generation processors and Navi graphics cards.

AMD had its first ever Computex keynote, where it finally announced what we all knew was coming: AMD Ryzen 3rd Generation processors. These chips, based on a 7nm Zen 2 manufacturing process, bring higher core counts, faster clock speeds and more power efficiency.

AMD then unveiled the Ryzen 7 3800X, and put it up against the Core i9-9900K in PlayerUnknown Battlegrounds, where it performed almost identically. We didn’t get pricing information, but we’re sure the AMD chip will be cheaper than Intel’s offering.

Then, AMD unveiled the Ryzen 9 3900X, with 12-cores and 24 threads and a boost clock of 4.6GHz for the first time in the mainstream market. This chip, when compared to the Intel Core i9-9920X in Blender was 18$ faster for half the price.

These improved clock speeds and IPC improvements promise better performance not only for general computing, but might actually take Intel’s throne when it comes to the best processors for gaming. AMD Ryzen 3rd Generation processors will also be the first to support PCIe 4.0, which is good, because AMD Navi graphics cards use that interface. 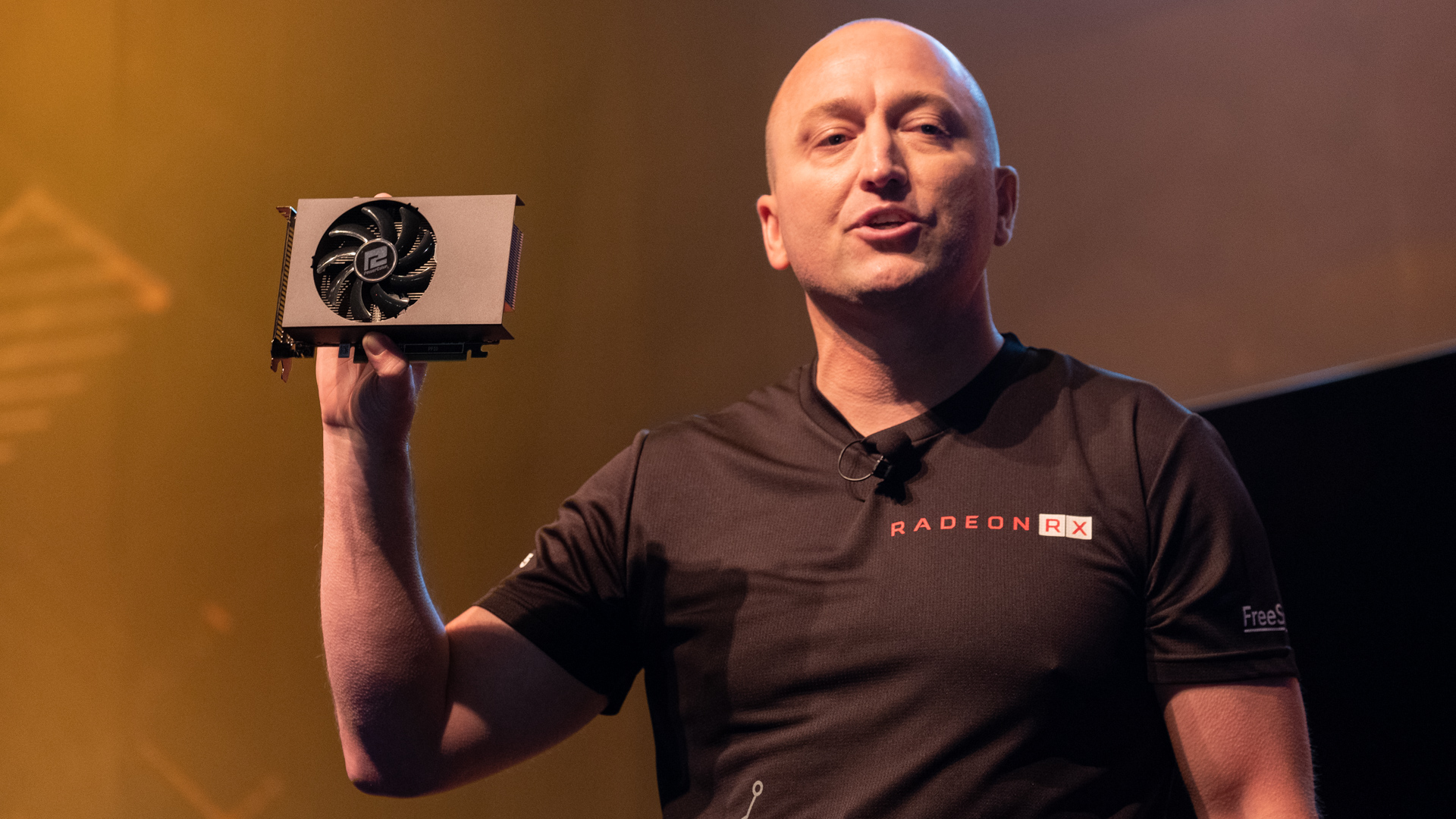 AMD Navi is here, too

But, AMD makes more than just processors, and there are new graphics cards, too. AMD finally revealed its Navi graphics cards, the Radeon RX 5000 family, headed up by the RX 5700 lineup, which will take on Nvidia Turing at the mid-range.

The AMD RX 5700 lineup will launch in July, and while we didn’t get a specific card, we do know that more information will be coming at E3 2019. We’re sure we’ll get more specific pricing and release date information at the gigantic gaming show.

AMD Navi will go right up against the Nvidia GeForce RTX 2070. AMD showed a Strange Brigade benchmark run, where not only did it beat the RTX 2070, but it was able to stay 100 fps consistently.

We already knew that AMD Navi would be powering the PlayStation 5, but if the PS5 can go up against an RTX 2070, it could bring native 4K gaming to the mainstream. This is because, thanks to its smaller 7nm RDNA architecture, AMD is able to offer faster clock speeds without increasing power consumption.

This new RDNA architecture succeeds GCN, or Graphics Core Next, and will offer up to 1.5x more performance per watt. The GPU shown off by AMD CEO Lisa Su was extremely small, but it definitely looks like it packs some beefy performance.

These GPUs follow the first 7nm gaming graphics card, the Radeon VII, and while it won’t be quite as powerful (and probably not as expensive), AMD Navi and the AMD Radeon RX 5700 lineup, follows in the same footsteps.

Still, keep in mind that these benchmarks and performance statements were controlled by AMD, but we will certainly put these GPUs to the test when they release in July.

Check out all of TechRadar’s Computex 2019 coverage. We’re live in Taipei to bring you all the breaking computing news and launches, plus hands-on reviews of everything from fresh laptops and desktops to powerful new components and wild overclocking demonstrations.