The Windows 10 May 2019 Update has brought some great new features to Windows 10, but perhaps the best change is one that didn’t get much fanfare – as AMD-powered PCs will now perform better with the update installed.

The improvements come from Microsoft and AMD working together to improve Windows 10 performance on AMD hardware – and an acknowledgement from Microsoft that Intel no longer dominates when it comes to PC hardware.

AMD also showed off slides that show the PCMark 10 app launches 6% faster with the Windows 10 May 2019 Update, thanks to Ryzen optimizations. There’s also an impressive 15% improvement in Rocket League when played at 1080p. 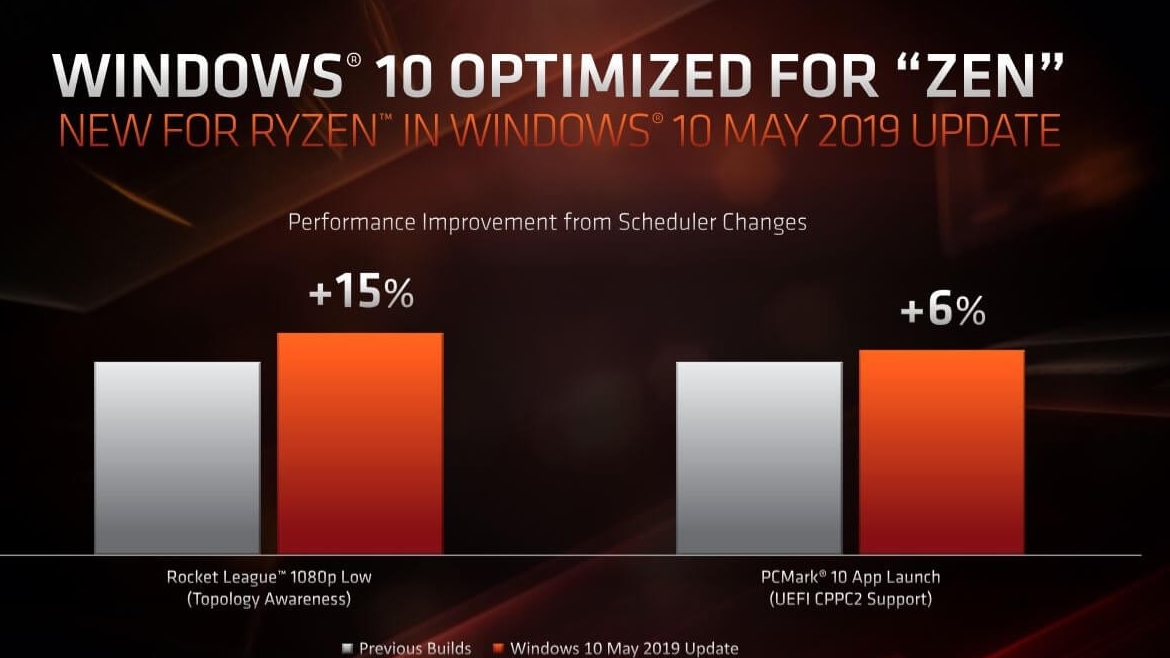 AMD shows off performance gains with the May 2019 Update (Image credit: AMD)

As another AMD slide shows, these changes can cut latency thanks to how process threads are handled by a single core – while also allowing Windows 10 to use a noticeable clock speed boost to bring improvements to a PC’s performance.

The update should also bring faster clock speed ramping, and AMD’s Ryzen CPUs will be more responsive when clock speeds are changed – before the update, speed changes took 30ms, but that’s now been cut to just 1-2ms.

If you have an AMD processor, you’ll definitely want to install this update, so check out our guide on how to download and install the Windows 10 May 2019 Update to get started.