Mozilla has a published subscription page offering ad-free news on Firefox for a monthly fee of $4.99 (about £4, AU$7), and another promoting a Firefox VPN for $12.99 (about £10, AU$20). The sign-up buttons are mock-ups for now, but at least one of the services seems to be real.

As ZDNet reports, clicking the sign-up button for the ad-free news takes you to a survey that Mozilla is using to assess interest. After completing the survey, a confirmation page reveals that the proposed service is a partnership with Scroll, which works with publishers to provide content without advertisements.

The VPN looks like it’s definitely on the cards, though. After a little exploration, TechRadar found a similar mock subscription page, also leading to a survey.

However, if you skip the survey, you’re given the opportunity to sign up for notifications “when Firefox Private Network beta becomes available” before adding that it could take up to three months to receive an email.

Mozilla has previously experimented with promoting Proton VPN’s premium service within Firefox, but the new Firefox Private Network appears to be something different.

Both pages are hosted on the subdomain https://firstlook.firefox.com/, which so far contains no other visible content, but we’ll be keeping an eye out for more possible premium Firefox options appearing there soon. 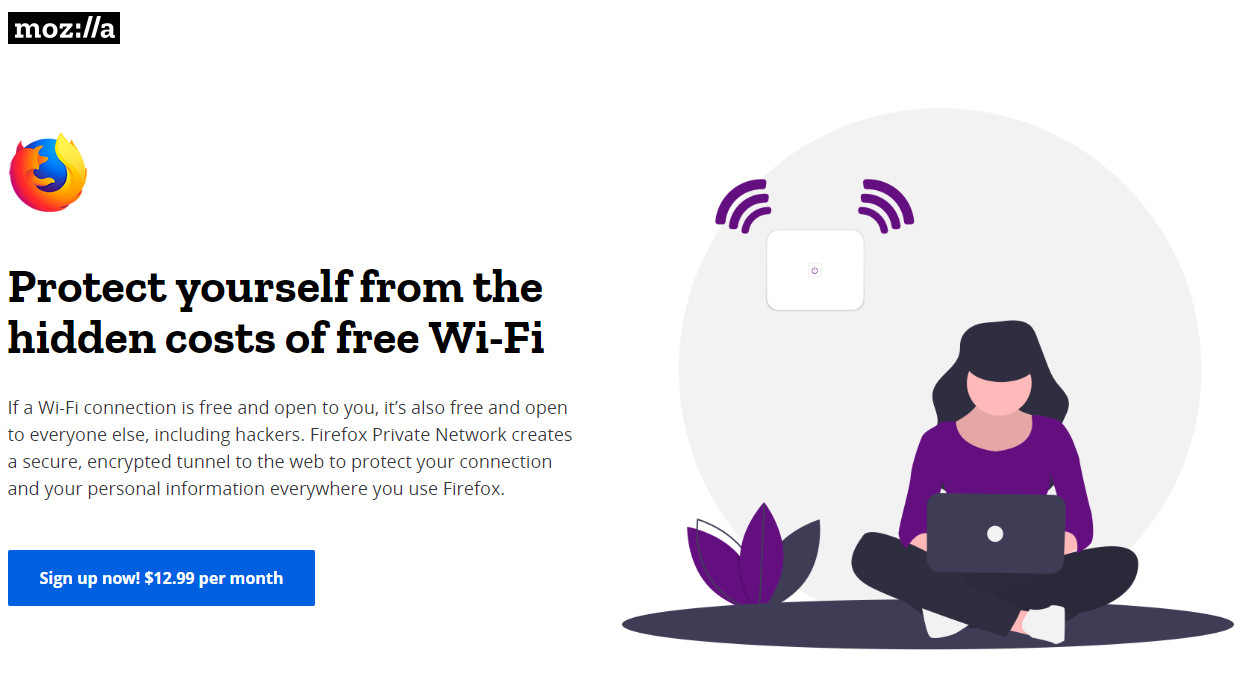 Last month, Mozilla CEO Chris Beard hinted that a subscription version of Firefox could be available by the end of 2019, but didn’t describe what features paying users might receive.

The paid-for options will be optional, though, and Dave Camp, senior vice president of Firefox said that “A high-performing, free and private-by-default Firefox browser will continue to be central to our core service offerings.”