When Monster Hunter World first released in 2018, I somehow missed the boat. While the hype around Capcom’s latest addition to the monster slaying series was deafening, as sometimes happens, life managed to get in the way and by the time I could get involved in the bestiary antics, it felt like perhaps it was too late.

Therefore, when Capcom announced the upcoming expansion ‘Iceborne’, the fear once again set in that perhaps I had missed my chance at ever knowing the wholesome friendship of a Pimlico or the camaraderie of a hunt. But it seems I was wrong.

In fact, Iceborne is perhaps the best time for new players (like myself) to jump into Monster Hunter World. 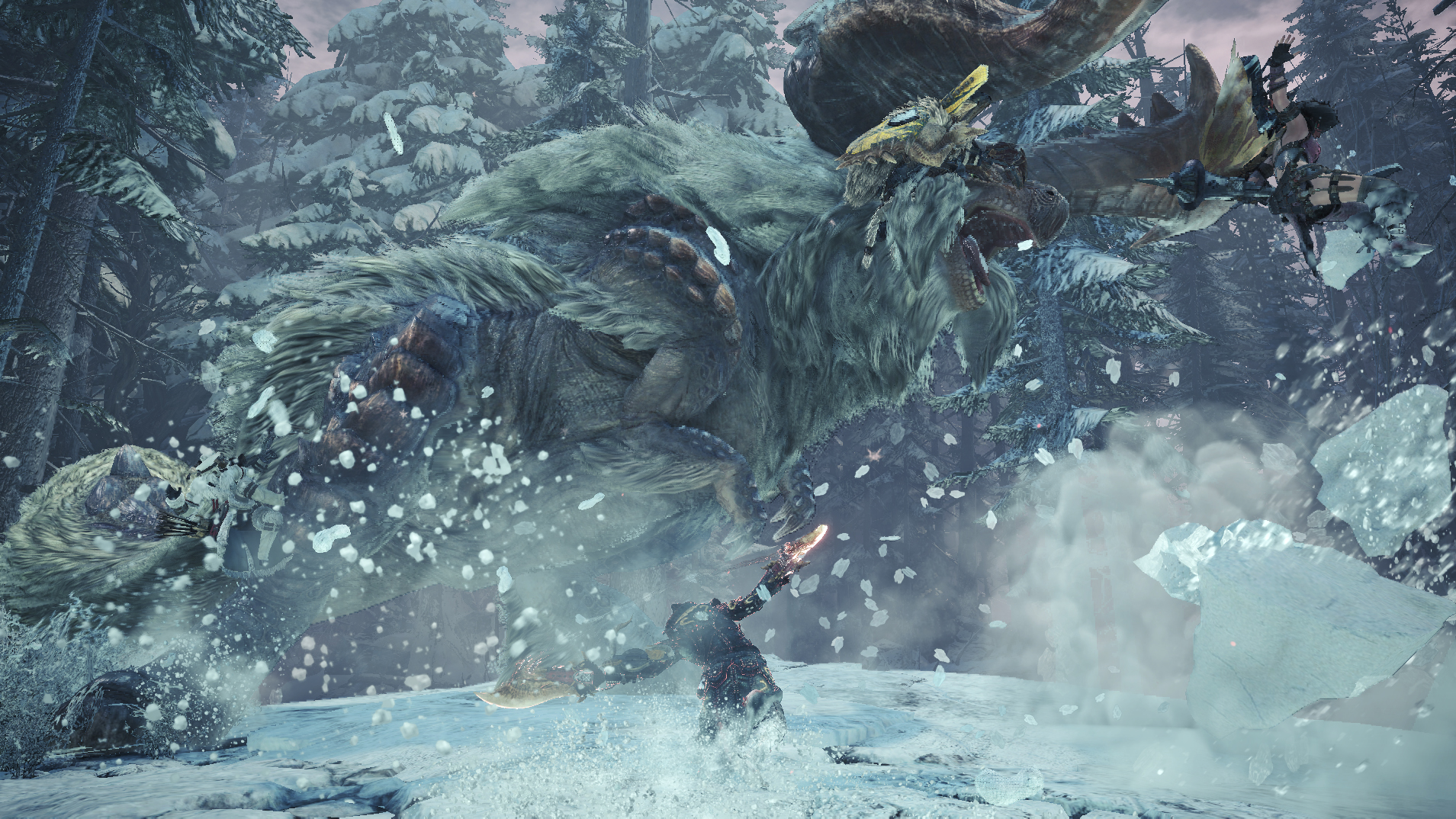 What you need to know about Monster Hunter World’s massive new Iceborne expansion is that it essentially adds a whole new area to the game – a frosty one at that. With this new area comes new chilling monsters, gear, quests and hunting features – among other things.

I played both the E3 2019 and latest build of Monster Hunter World: Iceborne at a recent event and, while the mechanics can prove difficult to initially get to grips with, I found myself oddly at home in the New World.

Iceborne’s story centers around flying-blue creatures called the Legiana, who seem to be migrating to ice-capped regions previously unexplored. Of course, it’s up to you to find out why.

If you are jumping in to Monster Hunter World for the first time then it’s worth noting that you cannot make the most of Iceborne’s story and quests until you have completed the main storyline and reached Hunter Rank 16. However, while potentially frustrating for some, this is definitely for the best. 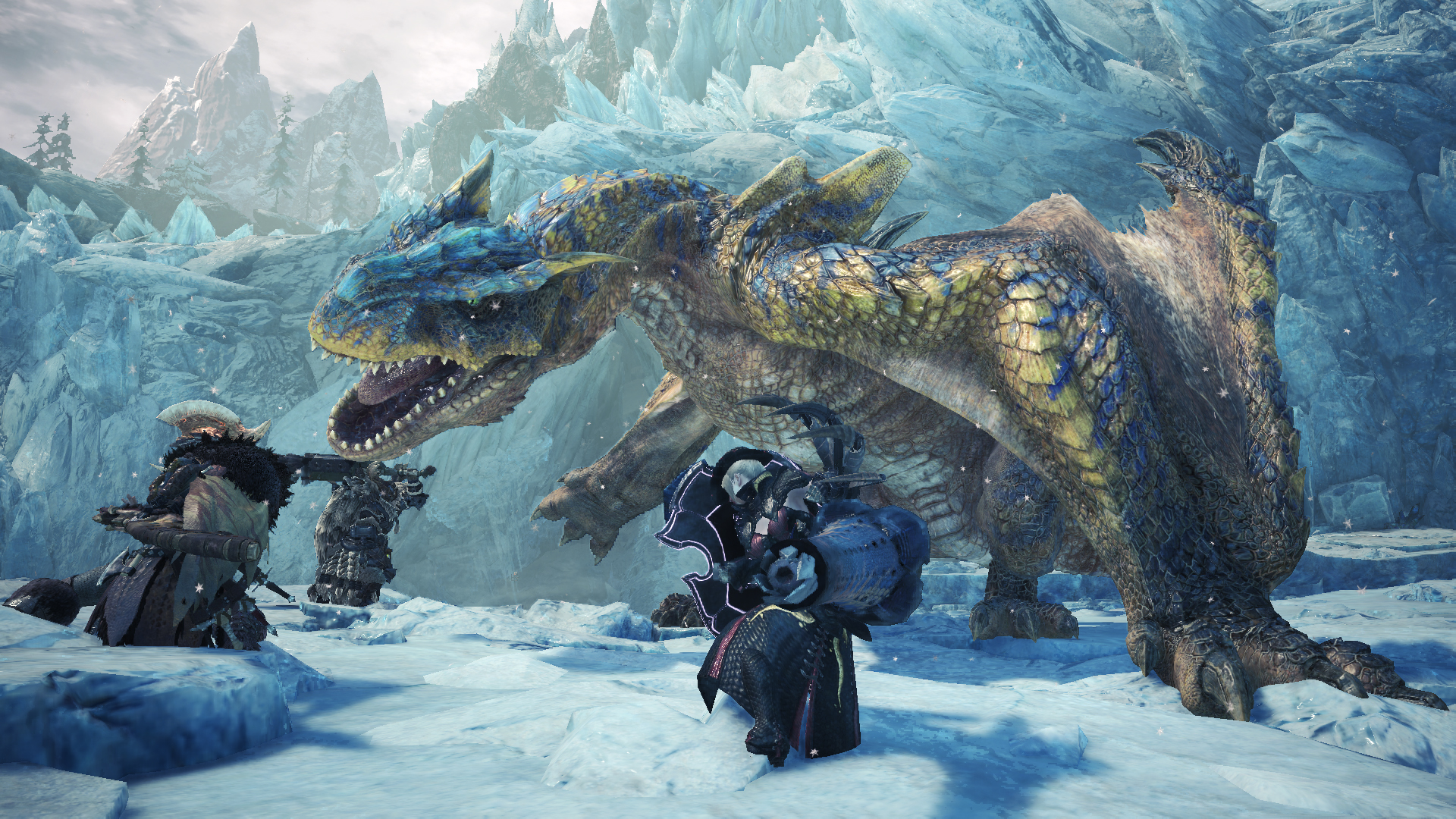 Iceborne’s new monsters such as the Big-Horned Banbaro who gouges the earth with its horns and the rush-attacking Tigerex are not for the feint-of-heart. Instead, forcing players to learn the basics about slaying monsters (and the strategy required) through the main story is applauded. Plus, you have the added benefit of knowing you have a whole new world of content once you have finished the main story. Win, win.

Personally, when I attempted to slay some of the new monsters, the lack of basic knowledge really knocked me for ten. Instead, spurring me to want to work up to the challenge.

While the challenge of new beasties is a definite drive, the possibility to explore Iceborne’s beautiful new ice-kissed areas is enticing enough in itself. Rime beetles roll snowballs while you crunch through the snow, scooping up chillies to make hot drinks that will fend off frostbite. It’s a truly breathtaking atmosphere.

No time better than the present 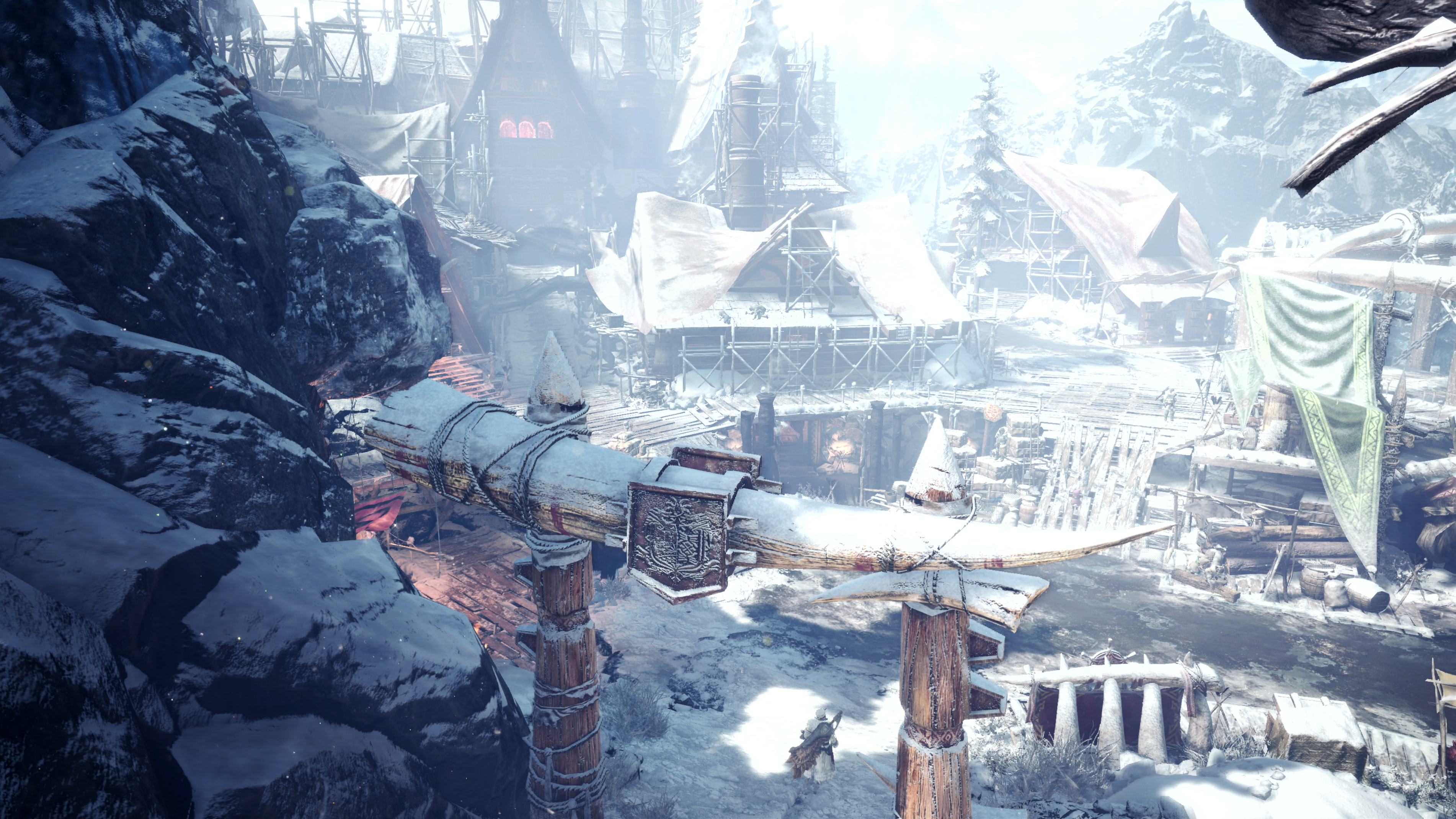 Another major draw to playing Iceborne is the new quality-of-life features that the expansion brings – that even new players can take advantage of.

Perhaps the biggest changes are to weapons. The Slinger, for example can now be used while your main weapon is drawn, regardless of the weapon type. There’s a new feature for this weapon called the Clutch Claw that allows you to grapple onto monsters and hack at them up close and personal (it’s a lot of fun).

All 14 weapon types also have new combos and elements, allowing you to create and customize a play style that works for you in particular. If anything, you’ve got a more complete game to sink your teeth into, with more content than veteran players had.

It’s also worth remembering that the new Iceborne expansion will see lots of new players flood into Monster Hunter World. It’s highly unlikely you won’t find a bunch of newbies like yourself (and me) looking for a squad to go on hunts with.