Trying to roam through vast computer-generated worlds from your not-very-vast living space poses a number of challenges for virtual reality – and a new patent filed by Microsoft promises to offer some assistance in keeping you from colliding with real world objects.

The patent, spotted by Variety, details a floor mat that marks out a boundary for a gaming space. Your VR or AR headset could use the boundaries of the mat to work out where you are, and provide haptic feedback under your feet to help you stay within those boundaries.

As well as keeping you from knocking the television over or standing on the cat, the mat could also buzz your feet to provide in-game feedback as well. There are all sorts of possibilities that developers could make use of.

Pressure sensors inside the mat could be used to help work out a user’s position in three-dimensional space, the patent suggests, reducing the reliance on cameras and sensors on board the VR/AR device itself for tracking position. 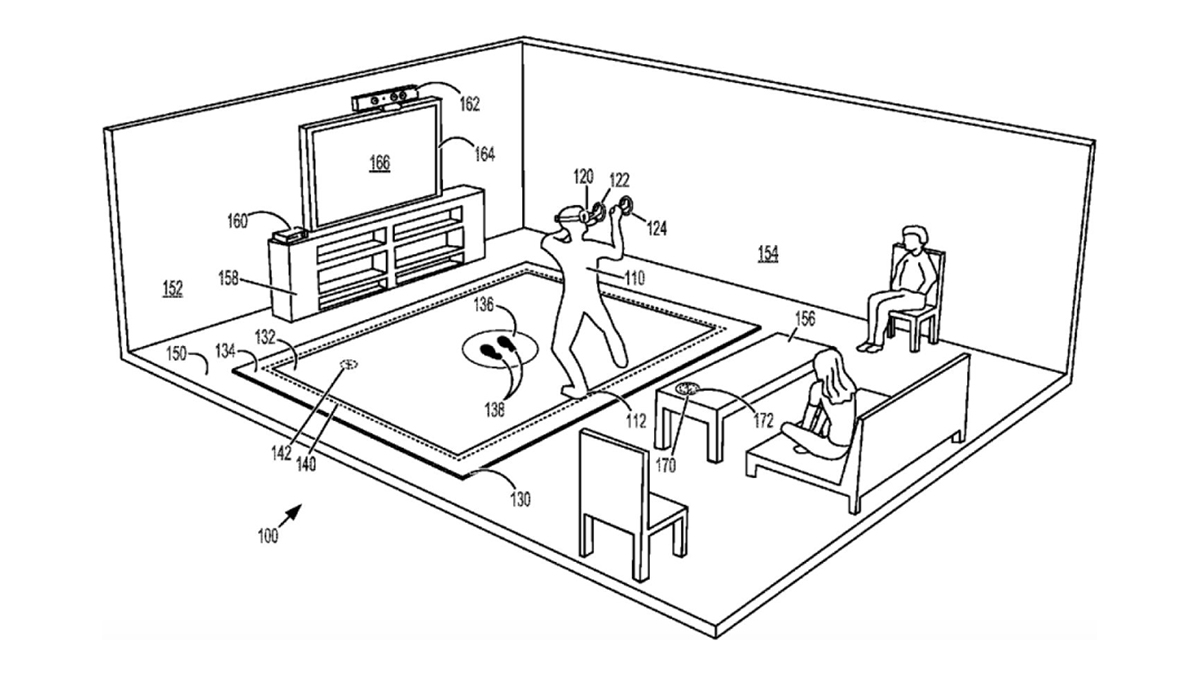 One other idea floated by the patent is having a dedicated ‘starting point’ in the middle of the mat – once the user stands in this position, a particular game or experience (or whatever it is) could launch into action.

If you’ve got enough space in your living room, you could even interlock a few of these mats together like tiles, and cover a wider area, Microsoft suggests.

As always with patents, there’s no guarantee that this will ever turn into an actual product you can go out and buy. These sorts of filings do give us an indication of the sorts of tech companies are thinking about developing though.

It’s also an indication that Microsoft could still be thinking about virtual reality in relation to consoles, even though there’s no VR headset to go with the current generation of Xbox One gaming machines. Perhaps a mat like this will be available as an option extra for the upcoming Xbox refresh.