While so many games are looking to knock Fortnite from its battle royale perch, it feels few have come closer than Apex Legends. Respawn’s reputation for excellent gunplay and player movement, a neat class-based twist, and the free-to-play nature saw the game reach a million unique players within eight hours of launch.

There’s a saying that goes “you don’t know what you’ve got until it’s gone”, and Fortnite has lost it where it matters – at least from Epic’s point of view. Year on year revenue for the second quarter of 2018 vs 2019 shows a steep decline of 52 percent, while the game’s 2018 peak enjoyed almost 75 percent more revenue than the most recent quarter. Has the king been slapped from its pedestal by this young upstart?

It’s hard to consider a game backed by EA as the David battling Goliath, but given Fortnite’s meteoric rise and complete permeation of mainstream culture it feels like the publishing juggernaut is taking aim with its slingshot nonetheless.

It could be about to get worse before it gets better, though, as Apex Legends makes the one move that Fortnite seems to have tiptoed around for an eternity – introducing a new map. 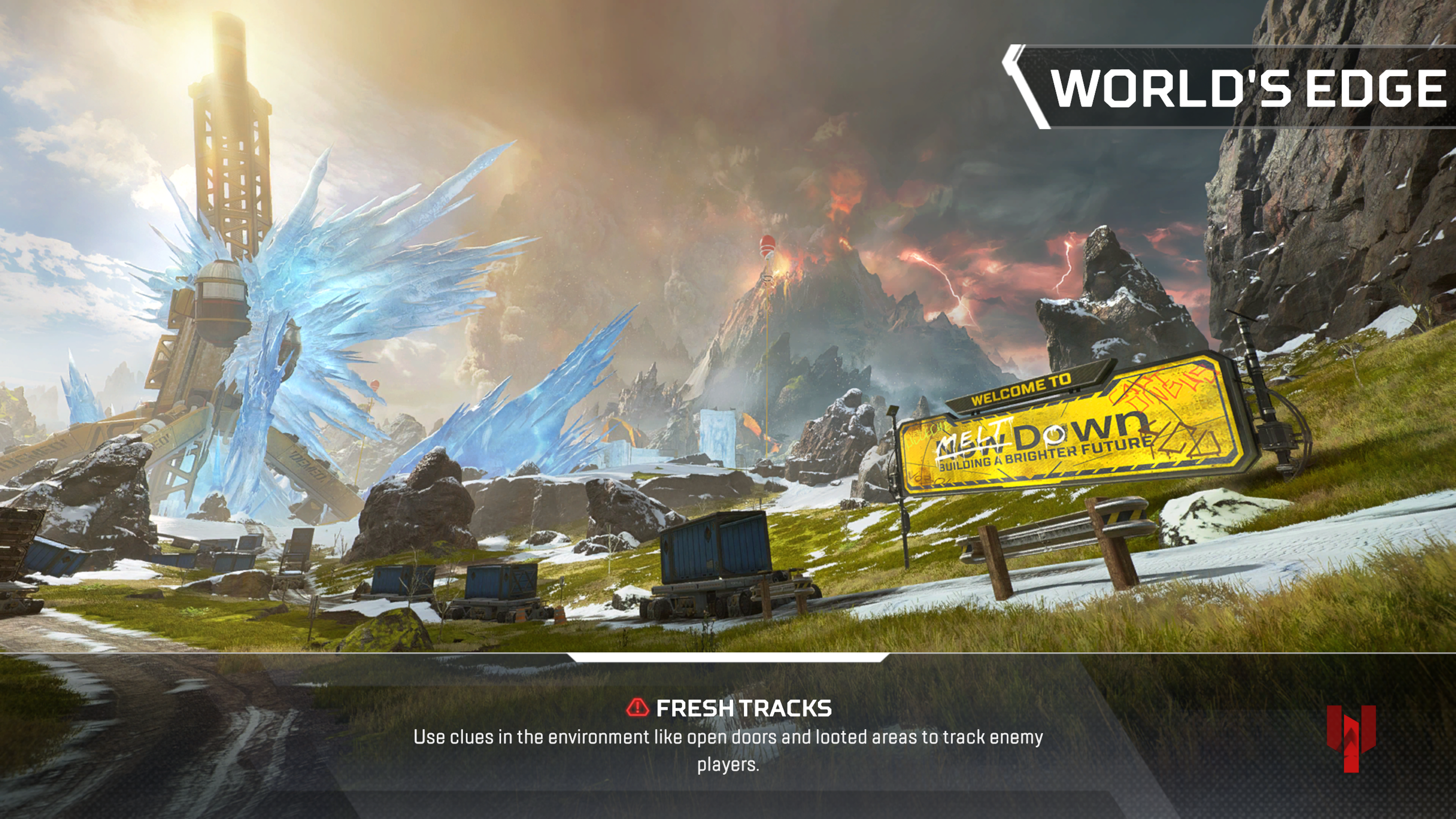 World’s Edge looks to be an exciting refresh for Apex Legends heading into Season 3.

Battle Royale is a strange genre. It’s one built on matches with high player-counts, built solely for competitive multiplayer. That means, in theory, you’re simply playing the same matches again and again – though every now and again with new rulesets or slightly amended weapon load outs.

All this is to say that dropping onto the same map dozens of times every day (and watching your favourite streamer do the same) can lead to understandable tedium. There’s only so many times you can find enthusiasm for Tilted Towers, whether it’s the Neo version or not.

Fortnite has been reinventing its map on a near-constant basis with the start of each new season, but many changes feel small scale. With everything being somewhat destructible (or at least harvestable) with a pickaxe, it feels like these small tweaks lack any permanence or strategical boosts – feeling almost like a box tick.

There have been more impressive changes, too. Fortnite’s addition of Creative Mode was a stroke of genius – a set of tools for a fervent community to bend to their will, remaking games and creating new game modes entirely. Seeing fan-made products appear on the Battle Royale map as The Block is fun, but it’s a small piece of a very large map that lacks meaningful innovation.

Standing at the edge of the world

Apex Legends, on the other hand, may lack the visual identity of Fortnite’s almost toy-like villages and structures – Kings Canyon’s sandy, arid, and downright brown colour palette certainly doesn’t feel particularly inspired – but its buildings can’t be converted into materials with which to build new ones. Instead, each combat diorama feels deliberate, the entire map feeling like a patchwork quilt of deathmatch maps stitched together by sight-lines and kill-boxes.

Of course, Apex Legends focus on verticality can’t be understated either. The game feels built with player locomotion in mind, with sliding downhill not only an option but actively encouraged – right from the game’s tutorial. There are ziplines, no fall damage, and even stations where teams can redeploy across the map with relative ease. With Kings Canyon leaving rotation at the start of the latest season 3, it would be reasonable to expect that all of these skills and fun ways of getting around will feature heavily in traversing the new World’s Edge map, particularly given the location’s position within a cliffside. 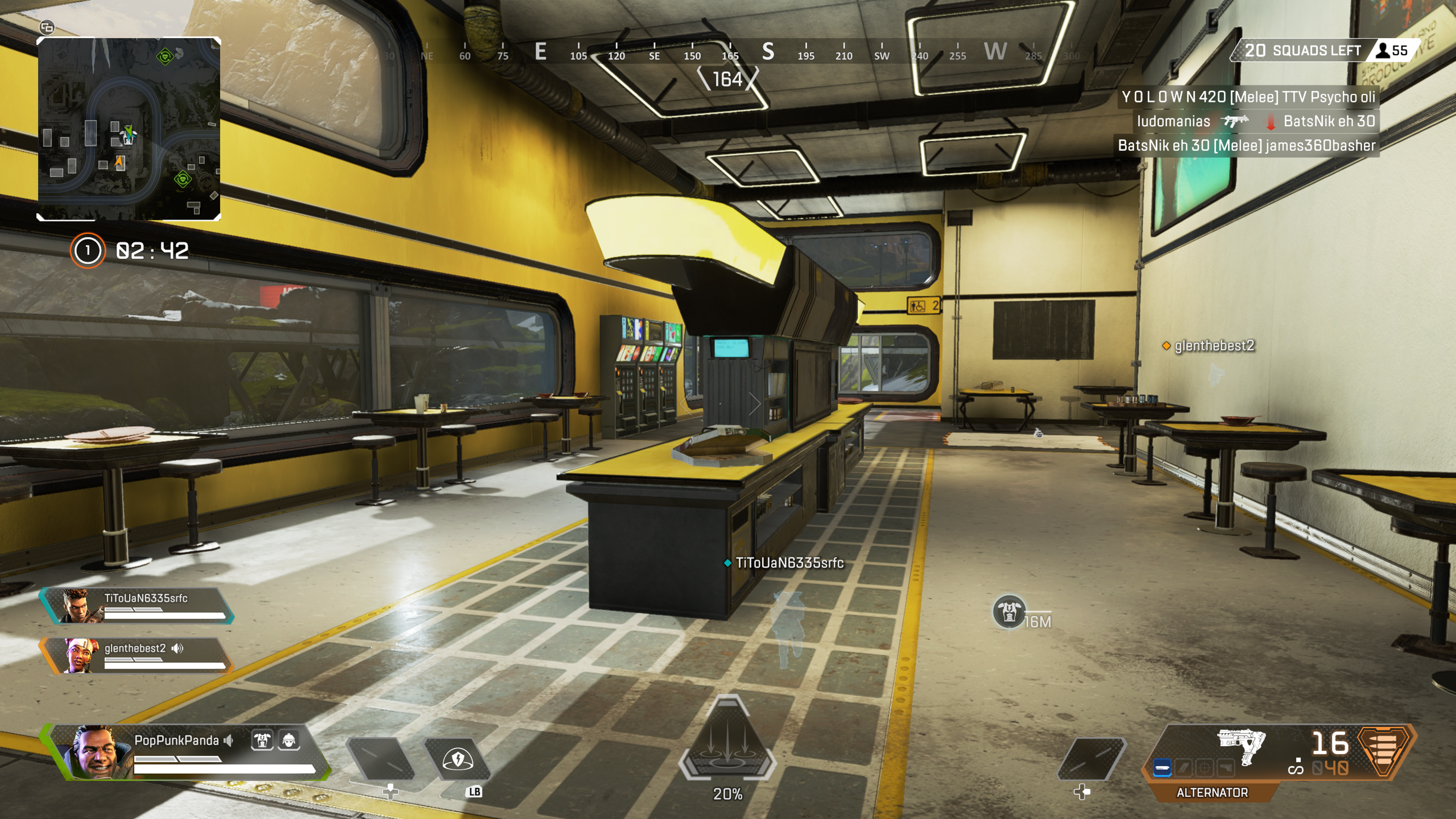 This adds extra depth, factoring in environmental hazards like molten lava as well as rejuvenating the aforementioned dull aesthetic. There’s even a lore reason for the change, with the Syndicate that manages the Apex Legends tournament changing locales after displeasure with Kings Canyon’s construction schedule. It’s minor, and doesn’t affect gameplay in the slightest, but it’s a neat piece of trivia that feels thought out.

Of course, rumours abound that Epic are preparing a map swap of their own. It even looks as though the Battle Bus, the erstwhile method of jumping into a match, is being retired at the end of the current tenth season. Fortnite has never been afraid to mix things up in other areas, notoriously adding aeroplanes and mechs in Seasons 7 and 10 respectively, but both were lambasted by the game’s competitive players.

What is clear is that the next move Fortnite makes could be huge. One wrong tweak or a lack of meaningful variation in its battlefield, and it could potentially lose more than just revenue – and a Battle Royale haemorrhaging players is never a good thing.