Believe us when we say that once you use one of these keyboards, you’ll never look back or even want to. Whether you’re writing a term paper, chatting with friends or playing the best PC games, the best keyboards can make life so much easier.

Here are the best keyboards for general use we’ve tested and reviewed over the last year. 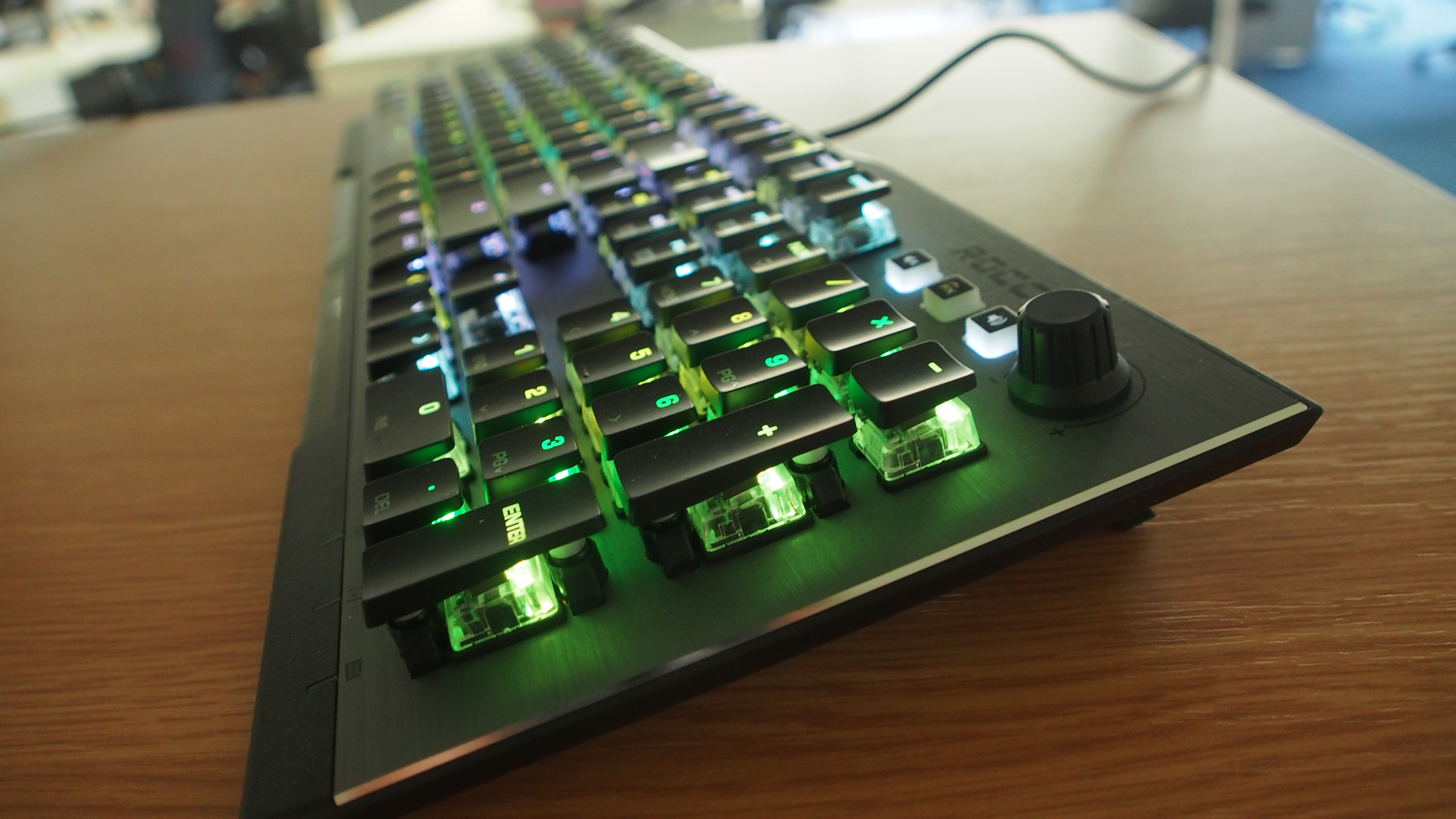 It has become the norm for keyboard manufacturers to implement their own custom keyboard switches, and Roccat – with the Vulcan 120 Aimo – is no different. While this keyboard is primarily marketed as a gaming keyboard, its Titan Switches are tactile enough to be satisfying, while still bouncing back quickly enough to be comfortable to type on for extended periods. And, we’d be remiss to not mention the looks – the Vulcan 120 Aimo looks like a science fiction keyboard, we love it. 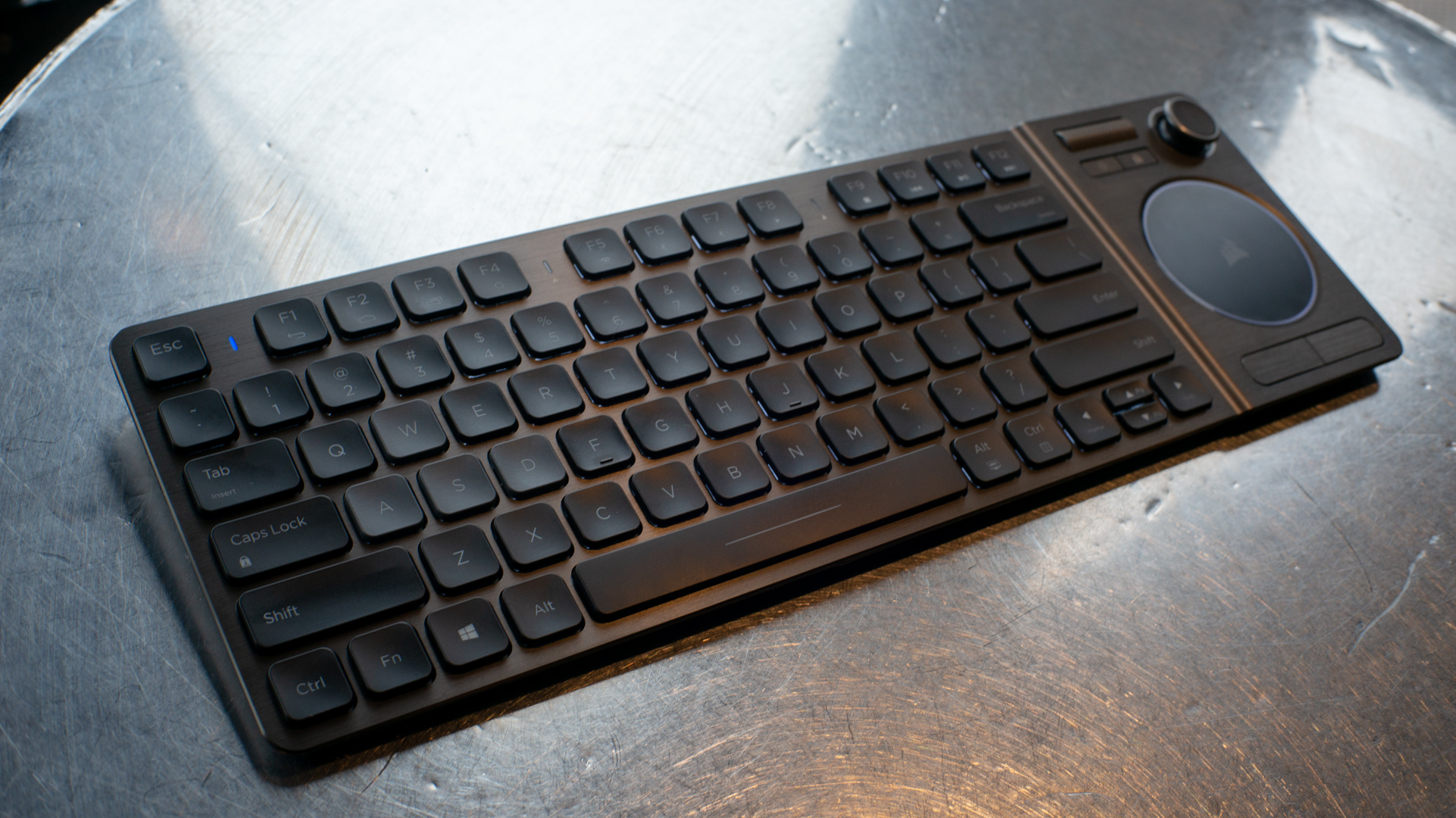 If you have a home theater PC, you might be frustrated by the lack of keyboards that explicitly appeal to your use case. Luckily, there’s a keyboard for you – the Corsair K83 Wireless is a fantastic entertainment-focused keyboard. Not only is it light and portable, it also has a bevy of entertainment functions that’ll make life easier in your living room. And, with its wealth of connectivity options, including Bluetooth and 2.4GHz wireless through a dongle, you can use it with many different platforms. However, it’s not great at gaming, so keep that in mind. 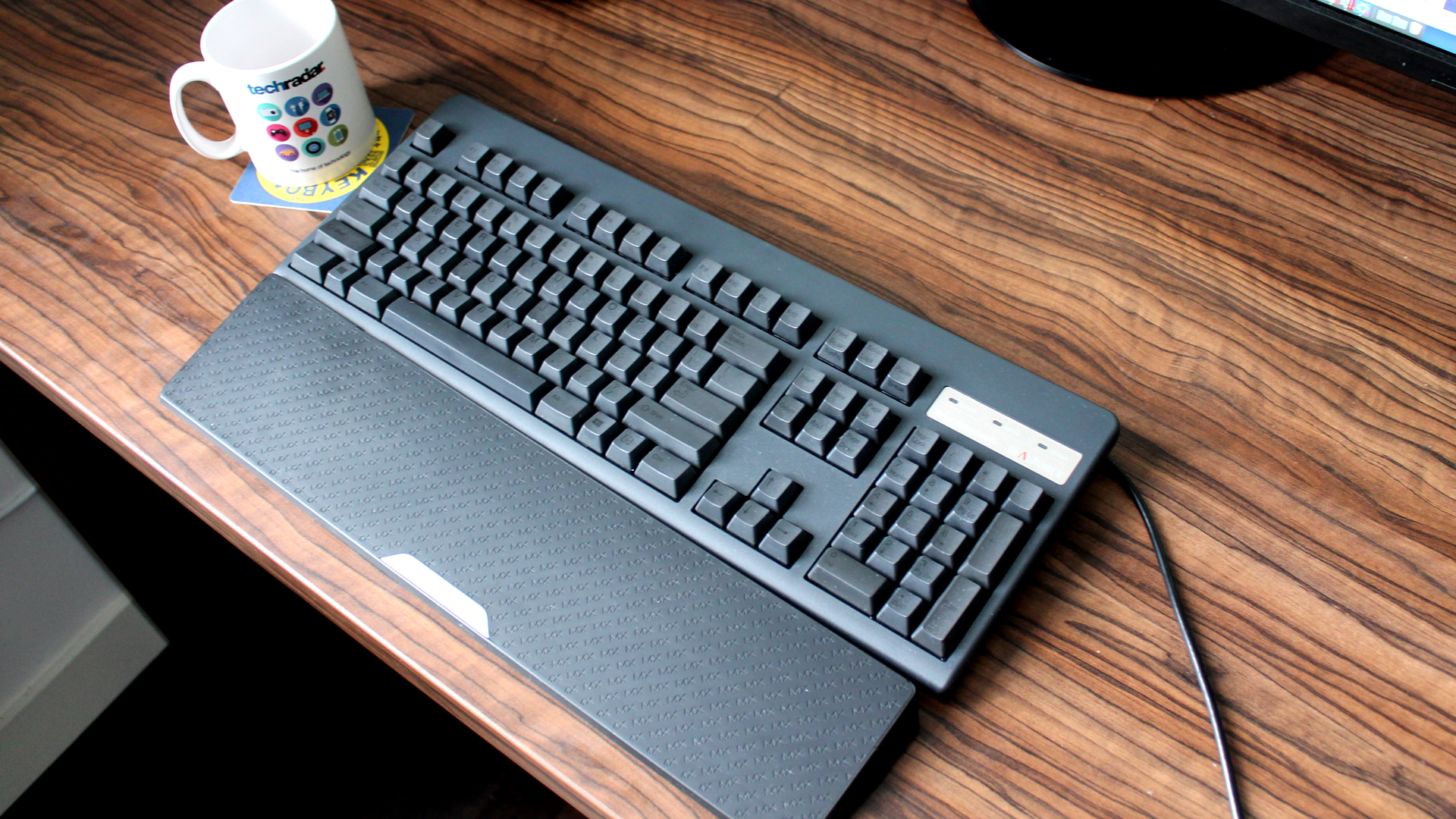 As long as you don’t mind missing out on some of that signature ‘thock’ sound that’s associated with regular Realforce keyboards, opting for a silenced model like the 104 UBS offers some solid benefits. Hitting the 104 UBS’s keys produces sound on par with a membrane keyboard, so it’s going to be great if you work in a busy office or a shared bedroom. The ‘dampened’ feel of Topre’s silenced switches can feel kind of like typing on sandpaper compared to a non-silenced board, but we found that it’s worth the trade-off if you need a quieter keyboard. 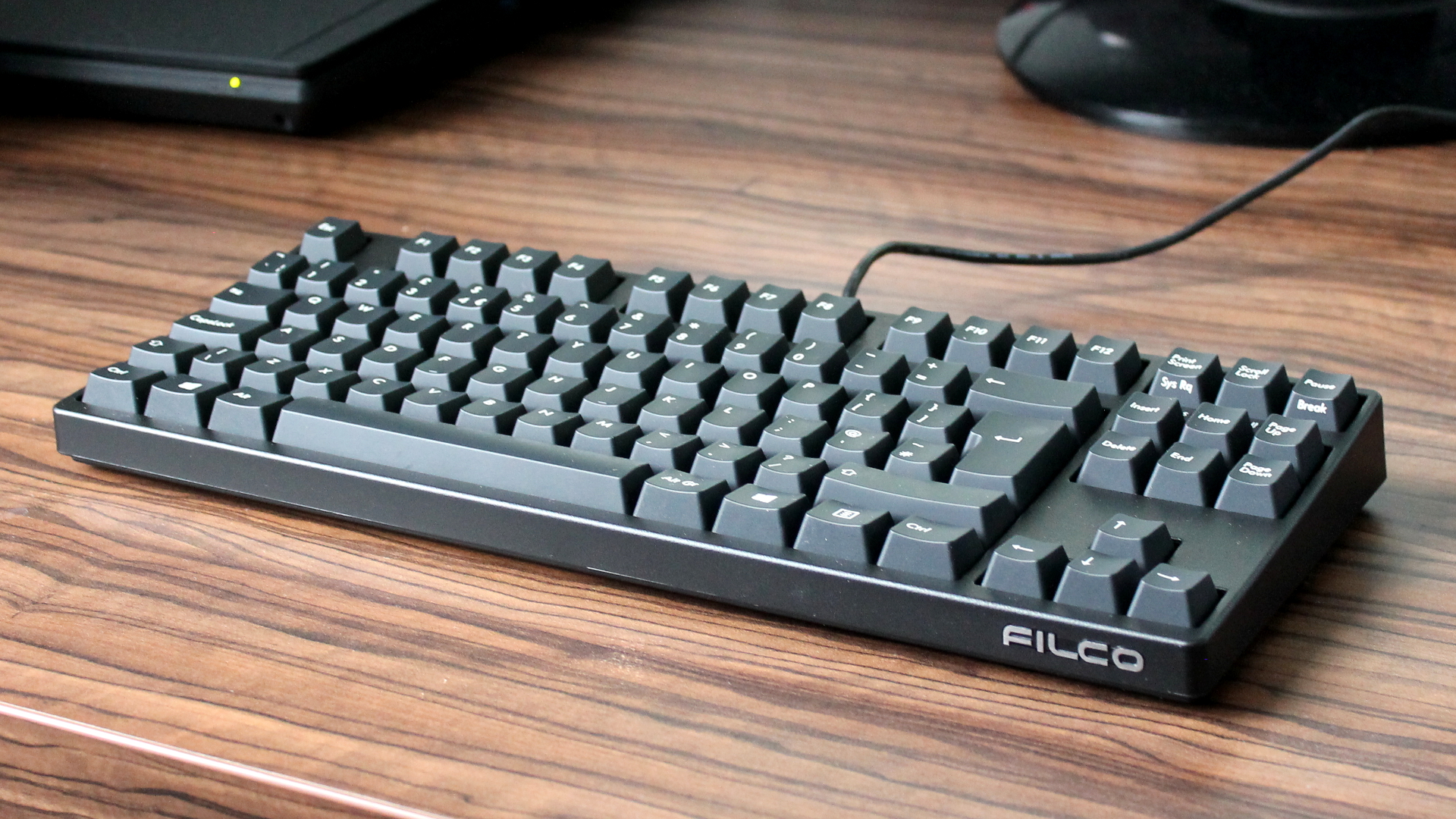 Filco’s keyboards tend to be built like tanks, and the Majestouch TKL is no different. This space-saving mechanical keyboard features a compact tenkeyless design that has less than 1cm of space between the edge of the keys and the keyboard. Its durability doesn’t simply allow it to stand up well to knocks and scrapes – it has a positive impact on its typing feel too. You can hammer away on it at speed, even bottoming out to your heart’s content, and the Majestouch 2 will take every bit of punishment. 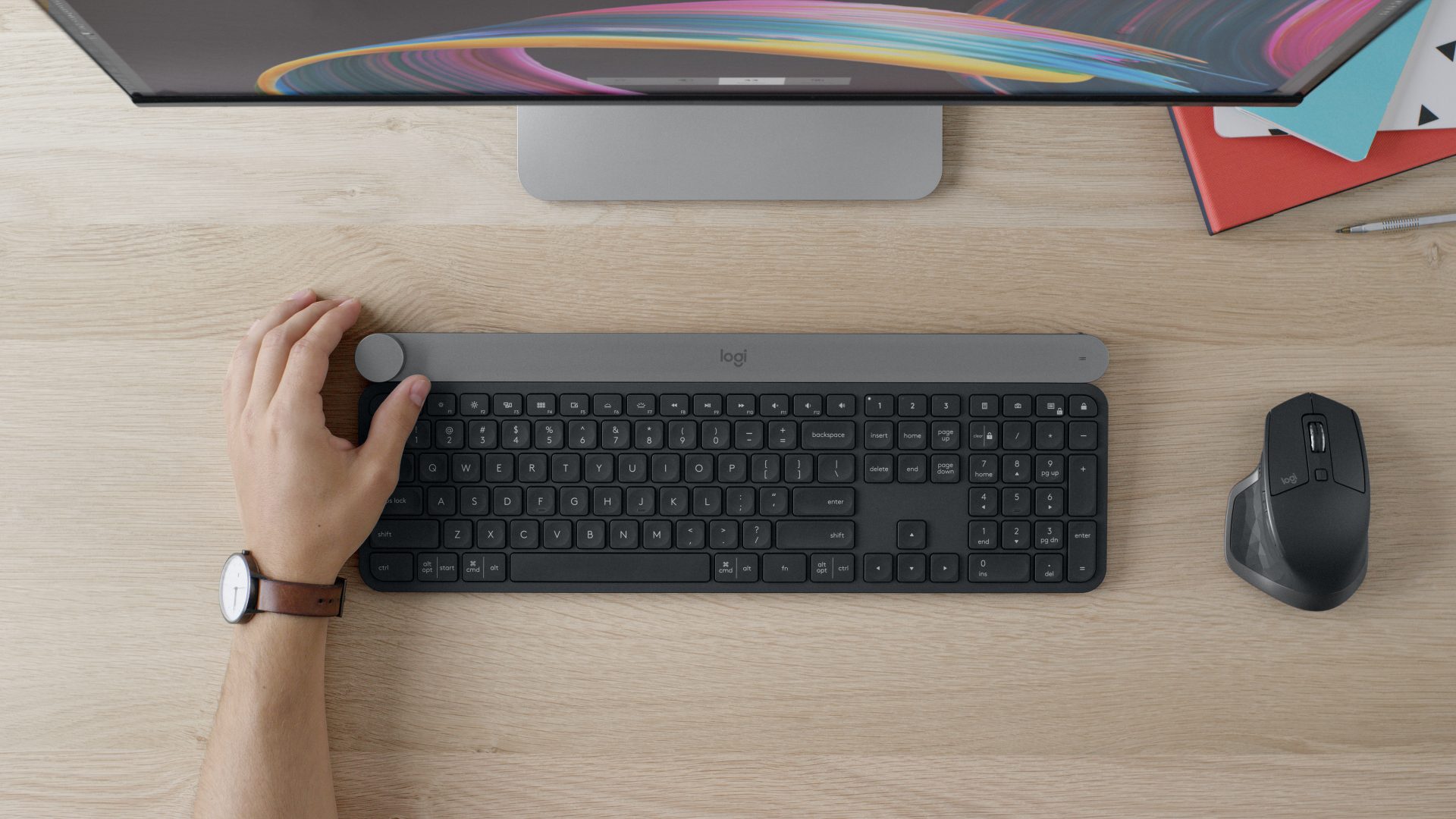 We’ve seen all kinds of keyboards over the years, from stylish tenkeyless keyboards to RGB-laden gaming behemoths, but something has always been missing – a focus on creatives. Thankfully, with the Logitech Craft, this is no longer the case. Not only is this a sturdy, tactile and attractive keyboard but it also features a unique dial on its top left corner, which will help creatives expedite their workflow. This dial’s utility will vary depending on the application, from simply controlling the volume on the desktop, to changing levels in various tools in Photoshop. If you spend a lot of time creating content on your PC, the Logitech Craft is one of the best keyboards you can buy today. 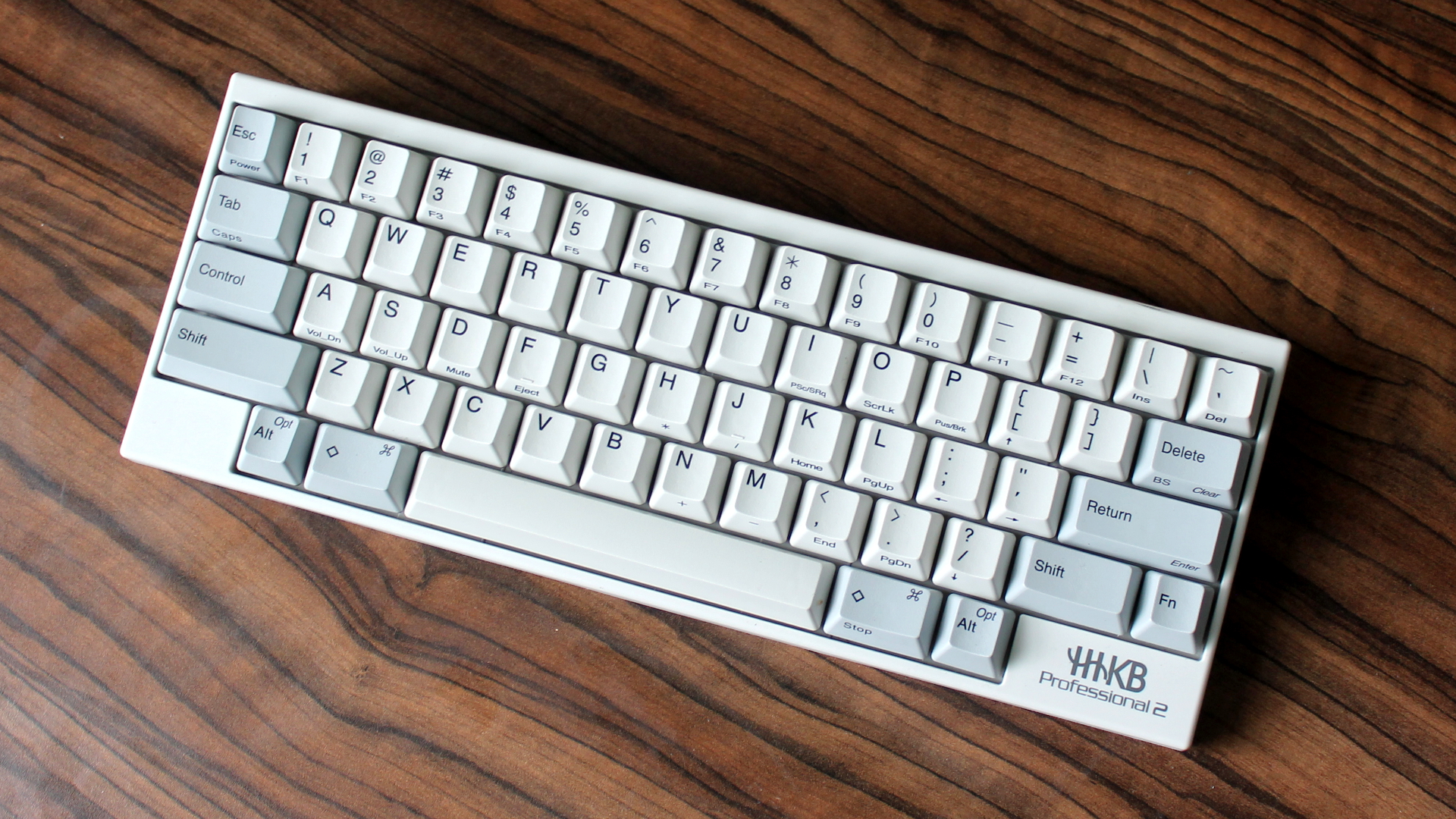 The PFU Happy Hacking Professional 2 has somewhat of a cult following in the keyboard scene, and it’s not hard to see why. This keyboard is aimed at coders, but it’s fantastic for all you writers out there, too. It forgoes traditional arrow keys, instead making use of function keys and key combinations to get that stuff done. It will take a minute to get used to, but once you get that out of the way the small size is a huge benefit, as you’ll be able to take it anywhere you go. Plus, that sweet ‘thock’ sound of the Topre switches is a wonder to behold. 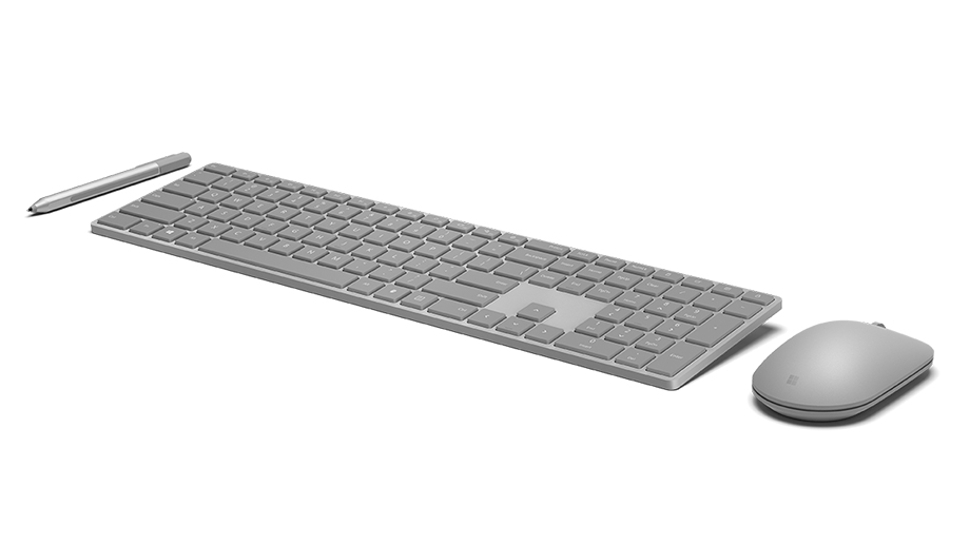 You just need to look at Microsoft’s Surface devices to know that they’re kind of killing it when it comes to design, and the Microsoft Modern Keyboard with Fingerprint ID takes things to a whole new level. If you’re running Windows 10, and you’re into the Surface aesthetic, this is easily one of the best keyboards out there. Not only does it feel great, but it also features biometric security, by including a discrete fingerprint scanner right next to the “Alt” key. It is an expensive device, but as with everything Microsoft, you can be sure you’re getting what you’re paying for. 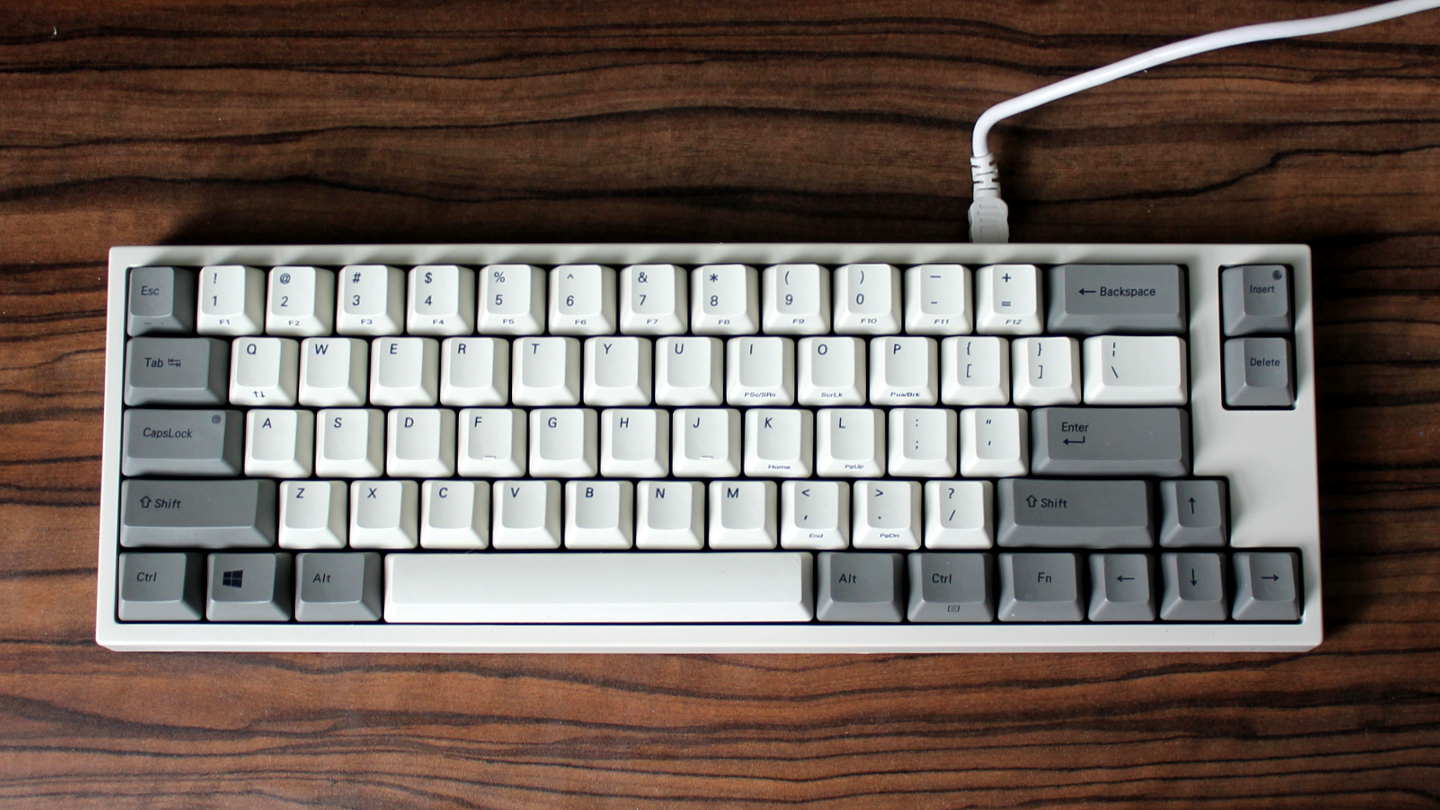 Leopold’s Fc660c is more portable than the Realforce 87u, but less so than the lighter and more compact HHKB2. However, the Fc660c benefits from its extra heft and feels like the more solid board. Despite having the same 45 gram actuation force as the HHKB2, the Leopold’s keys feel slightly weightier – somewhere nearer to 50 grams. It results one of the most satisfying “thock” sounds on a Topre board. 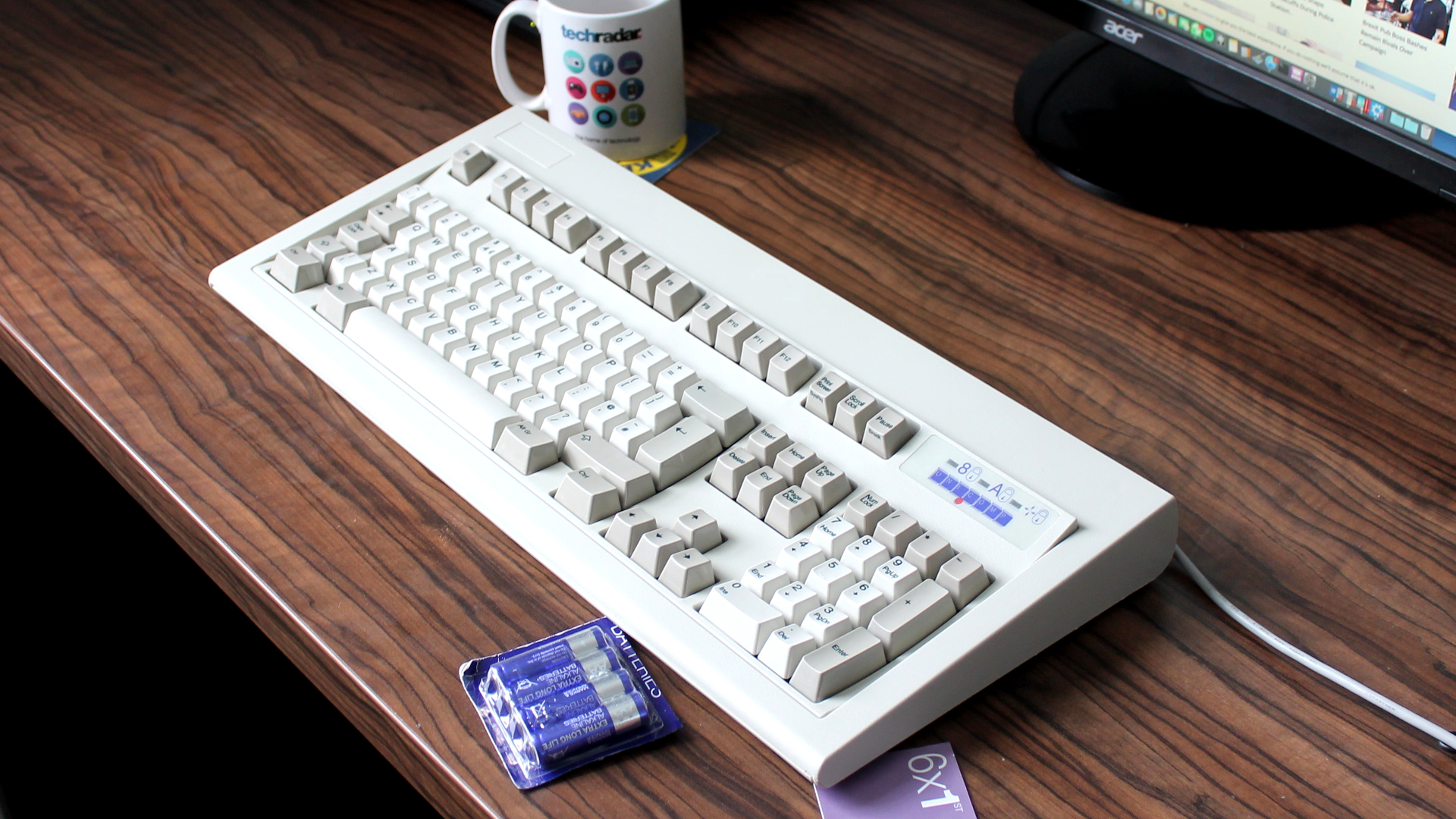 Remember those old IBM Model M keyboards? Well, that’s what the Unicomp Classic 104 seeks to emulate. Available in both USB and PS/2 versions, it uses a buckling spring switch that takes more effort to press than just about every other modern switch. You’re rewarded for this hard pressing with a tactile response that feels like the classic mechanical keyboards of old, along with a noise that will drive everyone around you mad. 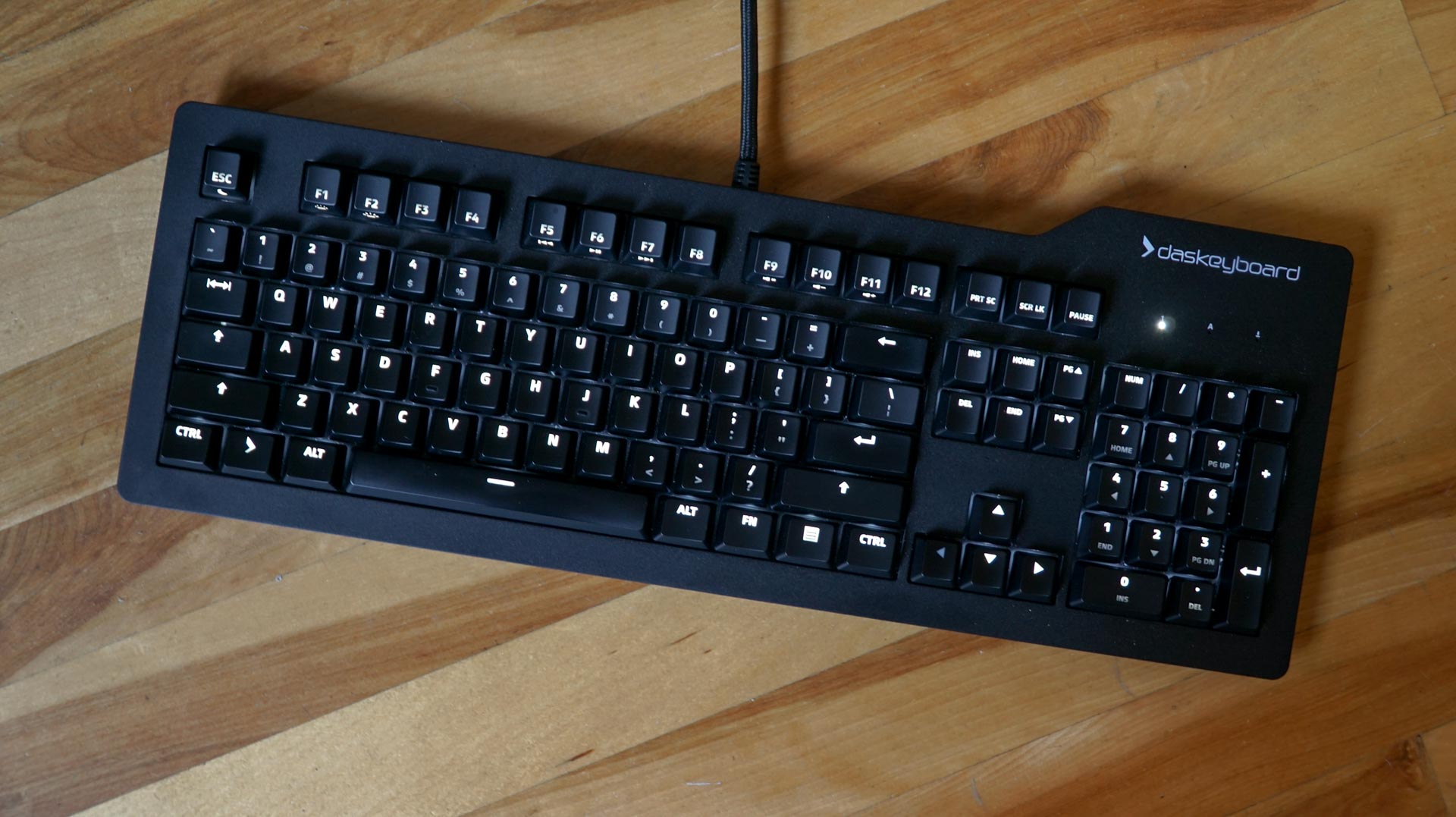 Some keyboards just ooze class, and the Das Keyboard Prime 13 is one of them. Its features a solid aluminum top panel for added rigidity and a very minimalistic look. With Cherry’s MX Red or Brown switches under the keycaps, you’re given a choice between linear and non-linear offerings with a range of actuation points.

It’s a great option for media enthusiasts thanks to side lit media control and the inclusion of white backlighting is another bonus. It’s not the most affordable keyboard on our list, but if you’re looking for something a little bit more premium, Das is the way to go. 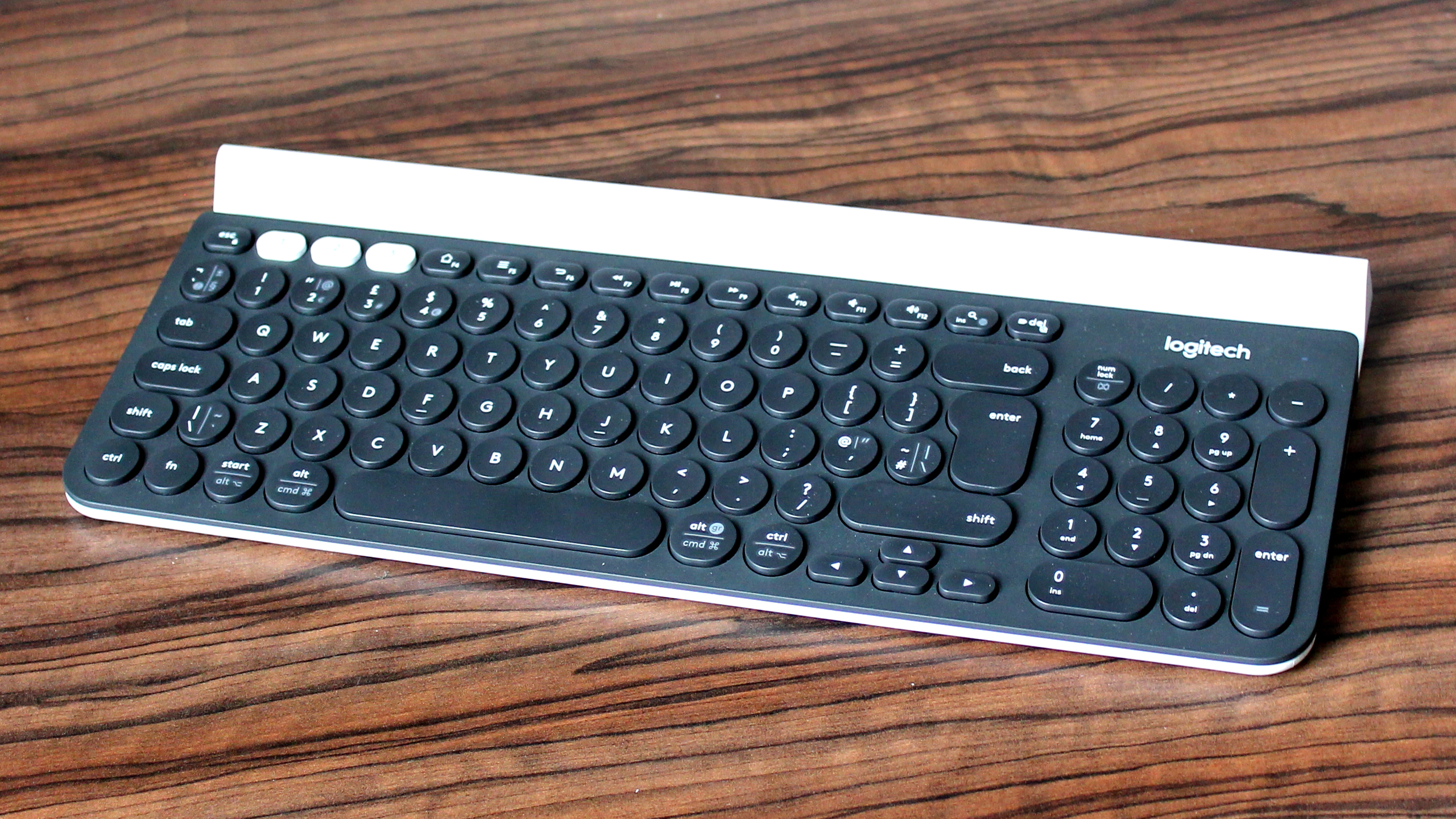 With its latest keyboard, Logitech is targeting smartphone and tablet owners who prefer to use their device while sat at a desk. And, if you were a fan of the predecessor, the K380, the Logitech K780 should be right up your alley, especially with its added number pad. This keyboard still has the ability to pair with three devices using Bluetooth or wireless, so you can swap between all your gadgets on the fly. And, thanks to its comfortable rounded keycaps, it’s still a pleasure to type on. The keyboard’s base is the star of the show, however, as it can hold mobile devices up to 11.3mm thick in an upright position. This places them within arms’ reach to make anything from replying to WhatsApp messages or reading a digital magazine easier than ever.