AMD is in a position where, at least in the desktop space, it’s miles ahead of Intel. More cores on a smaller manufacturing process, Team Red has managed to take the crown in both the value and the performance categories. And, at CES 2020 AMD is ready to double down.

At its press conference, AMD revealed its 4th-generation AMD Ryzen processors for laptops, a new graphics card for 1080p gamers and an absolutely massive chunk of silicon in the shape of the new Ryzen Threadripper 3990X. If this show proved anything its that AMD is coming for Intel where it hurts: laptops and Ultrabooks.

We went ahead and gathered everything together in this one spot, so that you can figure out what the next front in the silicon wars will look like as we head into 2020.

We’ve known AMD Zen 3 was on the horizon for a while now, ever since AMD announced that Zen 3 had finished its design phase when it launched the latest Epyc server chips.

This architecture is a refinement of the 7nm Zen 2 architecture, and while it’s not quite as revolutionary, it should bring some notable improvements. However, in a shocking turn, we didn’t even get a tease for AMD Zen 3. This makes us think that the reveal will come much later, perhaps at Computex 2020. 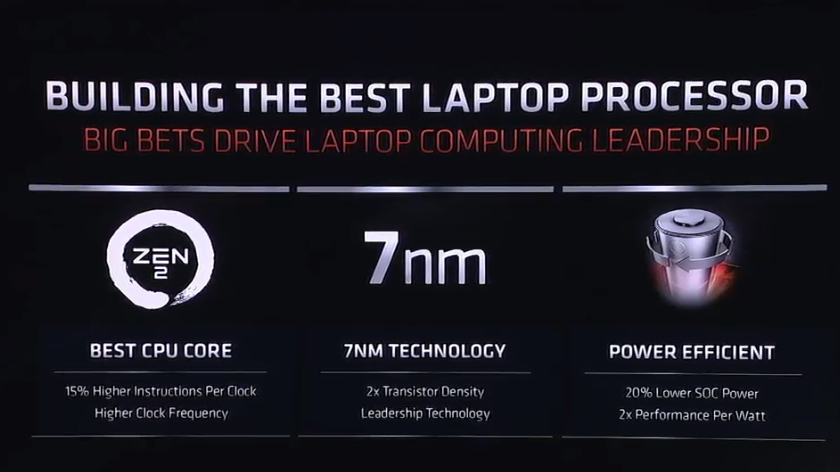 One of the areas where AMD has been lagging behind Intel for years, however, is in its mobile processors. With the AMD Ryzen 4000 mobile lineup, though, Team Red seems to be getting closer to where it needs to be.

The actual performance of these chips in the real world remains to be seen, and while AMD still isn’t behind any flagship devices – at least, beyond the 15-inch Surface Laptop 3 – increased performance could lead to a stronger presence for AMD.

All of this will 15% higher IPC and should see a much larger jump in performance over Intel’s historically moderate bumps in power in each generation. AMD is also taking from Intel’s naming schemes, by delivering U-series chips for Ultrabooks and H-series for gaming and professional laptops.

AMD is claiming that these Ryzen 4000 mobile processors will be up to 90% faster than comparable Intel processors in multi-threaded workloads. If this is accurate, it could spell doom for Intel’s Project Athena, especially if AMD can get solid battery life, too.

The only laptop AMD announced, however, was the Lenovo Yoga Slim 7 for Ultraportables and the Asus Zephyrus G14 for gaming. However, Team Red did suggest that more than 100 more Ryzen 4000 laptops will be coming to market, and the first of them will be coming in Q1 2020, so we shouldn’t have to wait too long. 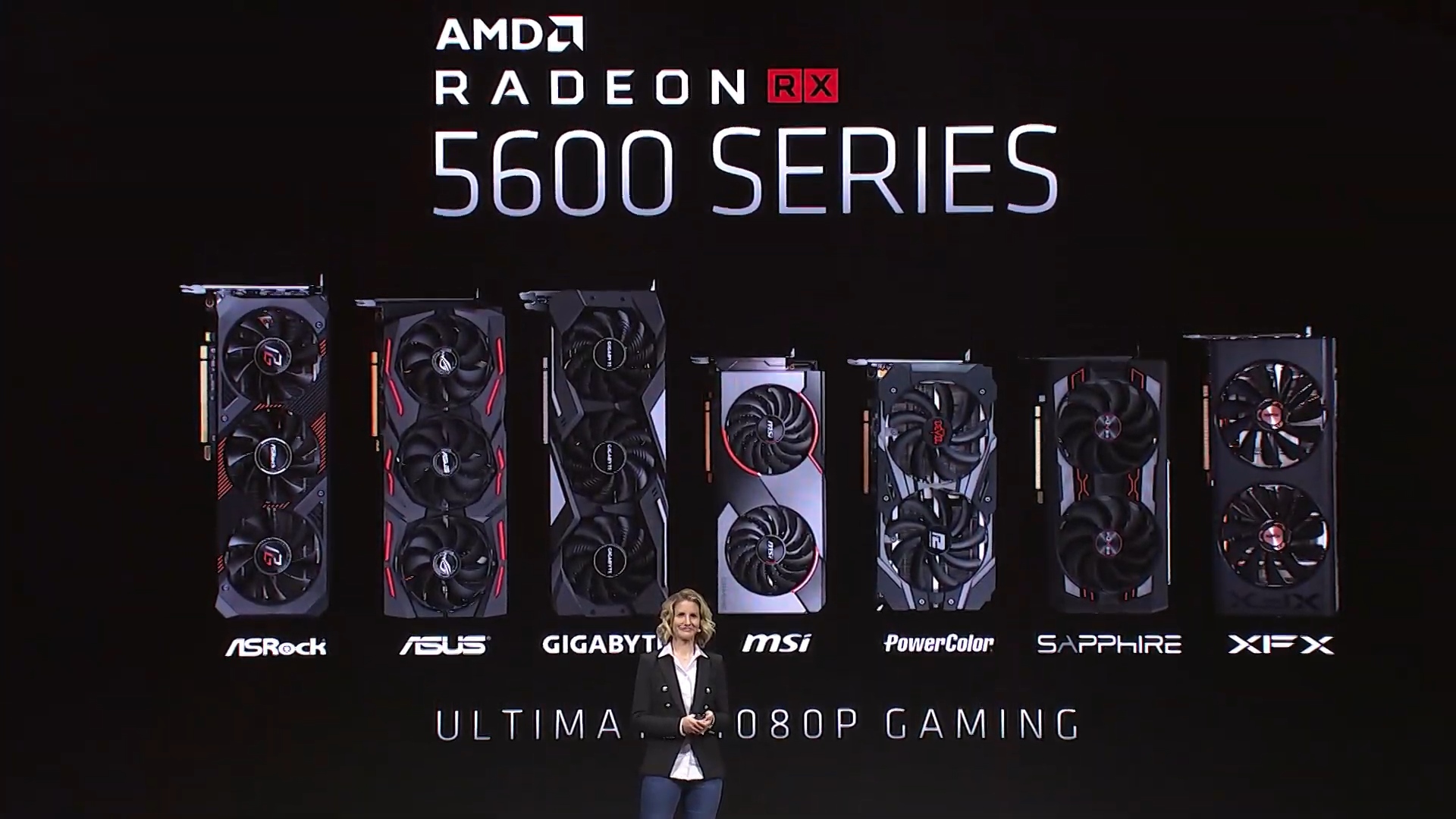 But, AMD isn’t done yet. AMD announced the AMD Radeon RX 5600 XT, which its marking as the ultimate 1080p graphics card. With 6GB of GDDR6 and 36 compute units, it’s coming straight for the Nvidia GeForce GTX 1660 Ti. In fact, AMD is claiming that this graphics card can beat Nvidia’s option at $279 – the same price as the 1660 Ti.

The AMD Radeon RX 5600 series will also be coming to a laptop near you, along with (finally) the Radeon RX 5700.

Because AMD has a need to end everything on a high note, AMD CEO Dr. Lisa Su finished off the CES 2020 press conference by announcing the Threadripper 3990X – a 64-core, 128-thread behemoth.

A live demo of a rendering workload was shown off against dual Intel Xeon Platinum 8280s – a $20,000 configuration – and the $3,990 AMD Ryzen 3990X (see what it did there?) was 30% faster. This is definitely an expensive processor, but when you look at it like that, it seems like a bargain.