Nvidia has started 2020 with a new driver release, and one of the best features will give around 20 games a pretty decent graphical and performance boost – essentially upgrading the games for free.

This is thanks to Nvidia’s Variable Rate Supersampling (VRSS), and is exclusive to its RTX series of graphics cards.

VRSS is a clever way of applying super sampling to parts of an image to increase the overall image quality, as the graphics are rendered at a much higher resolution. In a similar way to Nvidia’s Deep Learning Super Sampling (DLSS) tech, VRSS uses artificial intelligence to choose what part of the image to apply super sampling to based on what the player will be looking at, leaving the rest of the image untouched.

So, VRSS renders the center of the image at a higher resolution, as demonstrated in Nvidia’s image below. This should allow for greater image quality without impacting on performance too much. 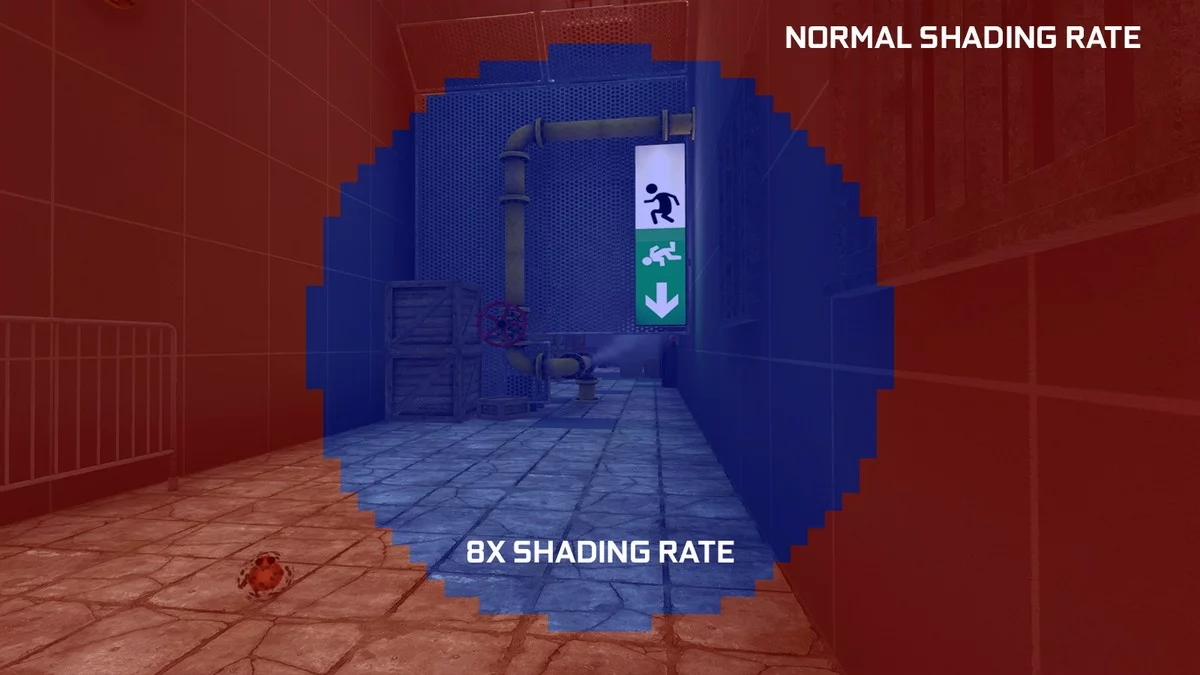 VRSS can therefore improve the quality of VR games, because the user is viewing the game via lenses in a headset, which means they are more likely to be looking at the centre of the image where VRSS can boost the resolution.

What sets VRSS apart from other super sampling tech, like Oculus’s Fixed Foveated Rendering, is that while VRSS can increase the resolution of the center of the image by up to eight times, it leaves the rest of the image alone, rather than decreasing the quality there. So you’re only getting improved visuals, not at the expense of image quality elsewhere.

Nvidia has also made it so that VRSS is intelligently scaled based on the capability of your PC. This means VRSS shouldn’t make a hit on framerates, which are essential in VR gaming to minimise motion sickness and increase immersion.

The following games can take advantage of VRSS right now:

Developers won’t need to add VRSS support, as it’s handled by the driver, so we should see this list grow.

To use VRSS, you need an RTX card (like the Nvidia GeForce RTX 2070 Super), then open the Nvidia Control Panel, click ‘Manage 3D Settings’, then select ‘Adaptive’ next to ‘Virtual Reality – Variable Rate Supersampling.’

Nvidia has also released a video showing the benefits of VRSS, which you can view below: