When Nvidia unveiled its Turing architecture to the world at Gamescom 2018, there were two key technologies that it promised would set the best Nvidia graphics cards apart from the pack: ray tracing and deep learning super-sampling, or DLSS.

When the Nvidia GeForce RTX 2080 Ti launched, neither of these technologies were really available right out of the gate, making us wait until the release of Battlefield V to see ray tracing in an actual game – and even that was a bit underwhelming. Once we finally saw the feature in titles like Metro Exodus and Control, however, we were able to see why ray tracing really is the future of games.

But DLSS was never quite as exciting in practice as we thought it would be, at least when it first launched. The first few titles with the feature made game visuals a bit fuzzy with a bunch of aliasing and muddied textures. DLSS has definitely come a long way since then, and Nvidia told us that the latest AI network has brought significant improvements to the newest DLSS titles.

So, we decided to test it out ourselves. 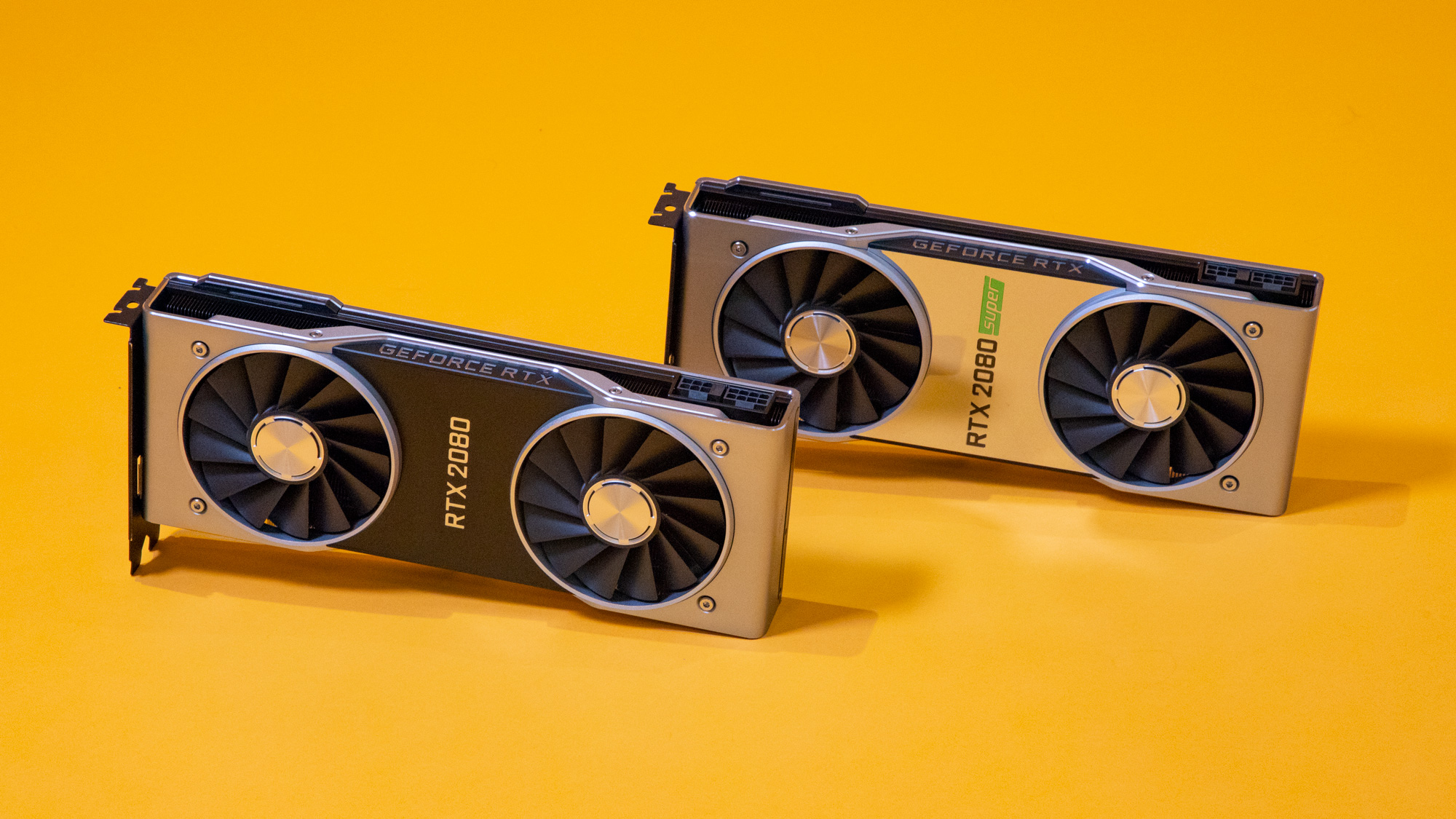 In Nvidia Turing graphics cards like the GeForce RTX 2080 and RTX 2060, there are the Turing GPU cores, of course, but there are two other types of core that were added with this generation: RT and Tensor cores. RT cores are dedicated entirely to ray tracing operations, which means that the computationally expensive technology can be done outside of rasterization – the method by which lighting has been traditionally been rendered for the last couple of decades.

But, DLSS is all about those Tensor cores. These cores first showed up in Nvidia Volta GPUs, which were targeted at creative professionals and data centers and were focused entirely on AI workloads. While the Tensor cores found in consumer-facing Nvidia Turing cards aren’t nearly as powerful as you’d see on a Tesla V100, they’re still powerful enough to make a difference to average consumers.

A developer of a game that supports DLSS will upload thousands of images to a neural learning supercomputer on Nvidia’s end. Then, when you play one of these games using a supported graphics card, the GPU will render the games in a lower resolution, then the Tensor cores will reference data compiled by the supercomputer to intelligently upscale the images to look as close to native resolution as possible.

The end result is upscaling that looks a lot better than the checkerboard upscaling found in the PS4 Pro or the Xbox One. The idea, after all, is to boost both visual fidelity and performance without breaking your hardware. A lot of folks, ourselves included, have traditionally set a game to 1800p when it doesn’t quite run well at 4K, and DLSS is potentially the end of those days.

As a bonus, we were told by Nvidia that this isn’t the full extent of what DLSS could offer in the future. When we were talking with them, we floated the idea that rather than upscaling the image from a lower res to a higher res, it would be nice to see a game that really leaned into the super-sampling, using AI to render at a higher resolution and scaling it back down, similarly to what we saw with Ubersampling in The Witcher 2.

Nvidia wouldn’t confirm that any game would be coming out that did this, but they didn’t deny that it was possible, so we hope we’ll see DLSS used to create some truly jaw-dropping visuals in the future. 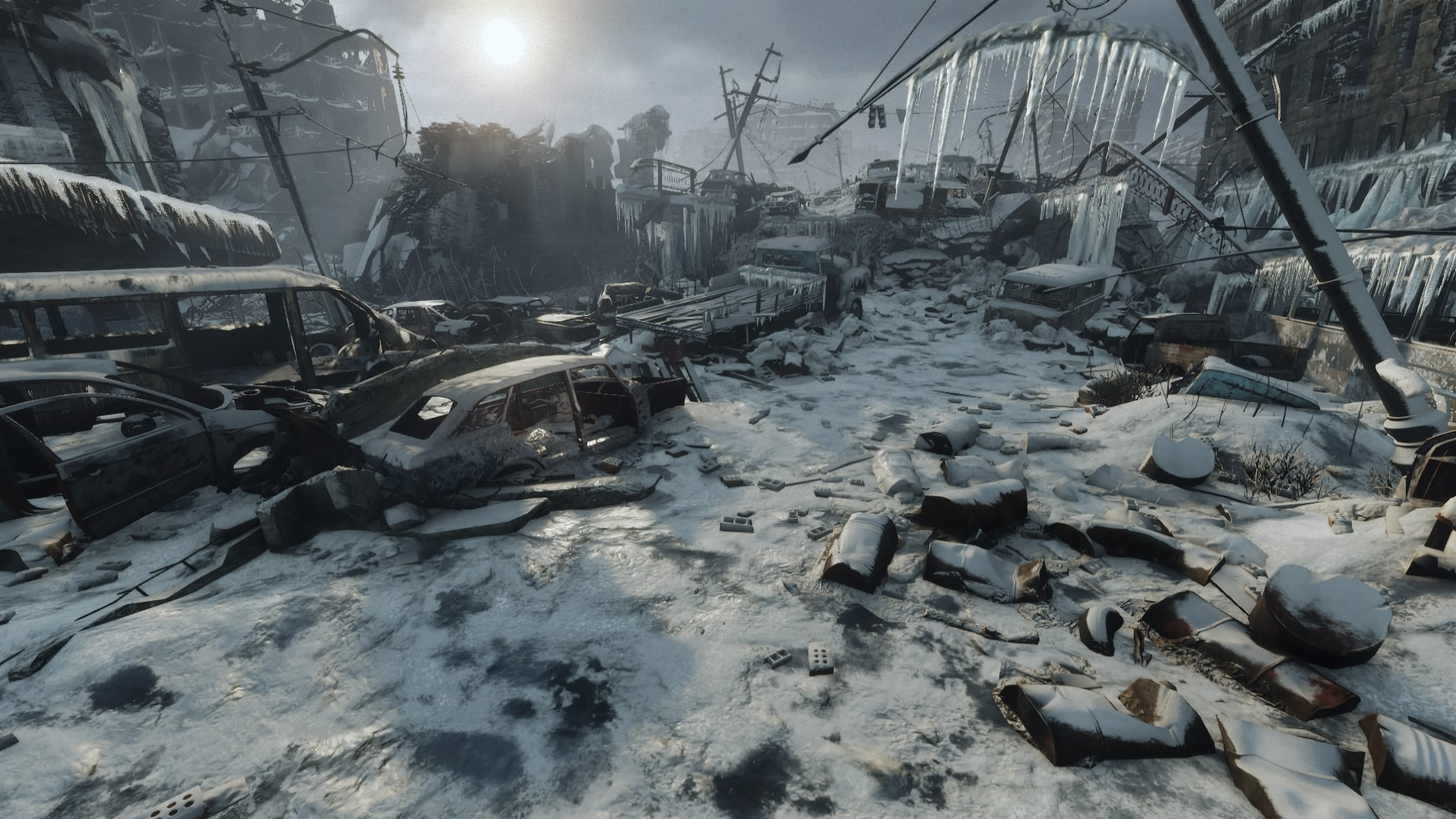 What games support DLSS though?

Admittedly the lineup of games that actually support this technology is pretty small at the moment – even though it’s grown substantially since it first launched. While by no means an exhaustive list of all the AAA and indie games that have utilized the tech, we went ahead and listed out the biggest DLSS games below.

Over the next few months and years, we should see many more major PC games embracing the technology. We already know that upcoming heavy hitters like Cyberpunk 2077 and Vampire the Masquerade: Bloodlines 2 will be using Nvidia’s RTX technology to some extent – we just don’t know exactly what these games will do quite yet.

Living in the real world

So, DLSS sounds pretty freaking awesome, right? Well, it totally is – but the effectiveness of the technology kind of varies across titles. We could just leave it at that, but we have access to a bunch of sick computer hardware and a slew of games with DLSS compatibility – so we tested five of the best DLSS games ourselves to see how well the technology works and how far it’s come since it first hit the streets.

We tested all of this on our home PC with the specs listed to the right at a resolution of 3,440 x 1,440, and we took a bunch of screenshots (here’s an imgur link so you can see the differences more clearly) and recorded the average framerates.

Monster Hunter World wasn’t the first game with DLSS compatibility, but it still represents the roughest iteration out of the bunch that we tested. Performance does see a massive uplift when it’s enabled, but you’ll notice that the image is far fuzzier and less detailed in the DLSS version.

On PC, this game doesn’t exactly have the best reputation when it comes to optimization, however, and if you’re having trouble hitting that golden 60 fps, this option might be worth it for you. The game feels so much better at this frame rate, and is the entire reason Monster Hunter: World is so great on PC.

When Control first launched, it was essentially the poster child for what Nvidia’s RTX technology could do. And, while it came out far after Metro Exodus, the DLSS implementation was unfortunately not quite as good.

In this game, when you enable DLSS you choose between two rendering resolutions, and the lower one ends up making the game look extremely soft, even with the major uplift in performance. There’s not much of a difference between the game rendered at 2,293 x 960 and the native resolution of 3,440 x 1,440, however, so we’re getting closer to a point where it’s a no brainer to recommend.

With Control, however, we’d recommend leaving DLSS off if you have the hardware to hit 60 fps at your desired resolution.

Metro Exodus is technically the oldest DLSS implementation that we tested for this piece, but it’s also one of the best – it shows just how talented the team over at 4A Games really is. The performance uplift isn’t as big as some other titles, but the quality is very similar.

There are certainly some differences, of course. Aliasing (jagged edges) in the curtains in the back of the scene is much worse with DLSS enabled, and there is less detail, especially in smaller objects like the phone cable on the desk in front of us.

Still, when you’re trying to sneak around and avoid getting murdered by a mutant, these small details probably won’t be noticed.

It’s a bit odd that the best DLSS implementation is found in an indie game that’s been out for like a year, but that’s what happened. Originally launched back in October 2019, Deliver us the Moon got a massive DLSS and ray tracing patch back at CES 2020, and it really took the game to the next level.

It also marked the first game that implemented the technology in three tiers: Performance, Balanced and Quality. And, we can tell you first hand that when it’s in Quality mode, you will not be able to tell the difference between that and the game running at native resolution without DLSS – beyond the massive 38% boost to fps at least.

With such a great DLSS implementation, this game simply looks phenomenal, and absolutely everyone should enable it in this game if they have the option.

Wolfenstein Youngblood got its DLSS update around the same time as Deliver us the Moon, and is another great example of how far the technology has come since its inception.

Aliasing gets bad in the Performance mode, but that’s to be expected at this point. What’s awesome, though, is that because this is such a fast paced game where framerate really does matter a lot, you can get upwards of 100 fps with ray tracing enabled by going with the Balanced DLSS setting at 3,440 x 1,440 (with a 2080 Ti, of course).

Where does all that leave us?

It’s clear that DLSS has come a long way over the last year or so, and it’s certainly at a point where we here at TechRadar will be enabling it when gaming in our downtime. However, is it enough to sell potential customers on an Nvidia GeForce RTX graphics card on it’s own?

The answer is no, but that doesn’t mean the tech isn’t awesome and can’t be a part of why you buy a new RTX graphics card. The tech still isn’t in enough games for us to say it’s absolutely essential for PC gamers to jump on to, but if you’re into ray tracing and 4K gaming, it does genuinely make things better.

Coupled with hardware-accelerated ray tracing, DLSS provides something that AMD graphics cards just don’t right now. And considering that AMD has yet to release a graphics card that can really take on the Nvidia GeForce RTX 2080 Super or RTX 2080 Ti, if you’re on the market for a high end GPU right now, Nvidia seems like the easy choice.