Intel released its Graphics Command Center way back in March 2019, but it obviously wasn’t finished. Instead, Intel has updated it with one of the most useful features that both Nvidia GeForce Experience and AMD Adrenalin offer: gameplay recording.

Intel has announced that video recording and broadcasting will be coming to IGCC (Intel Graphics Command Center) through a Twitter post, bringing its gaming-focused UI more in line with what’s offered by competitors AMD and Nvidia, notably before Intel Xe. And, luckily if you want to try it out yourself, you can download the beta version of the software through the Microsoft Store. 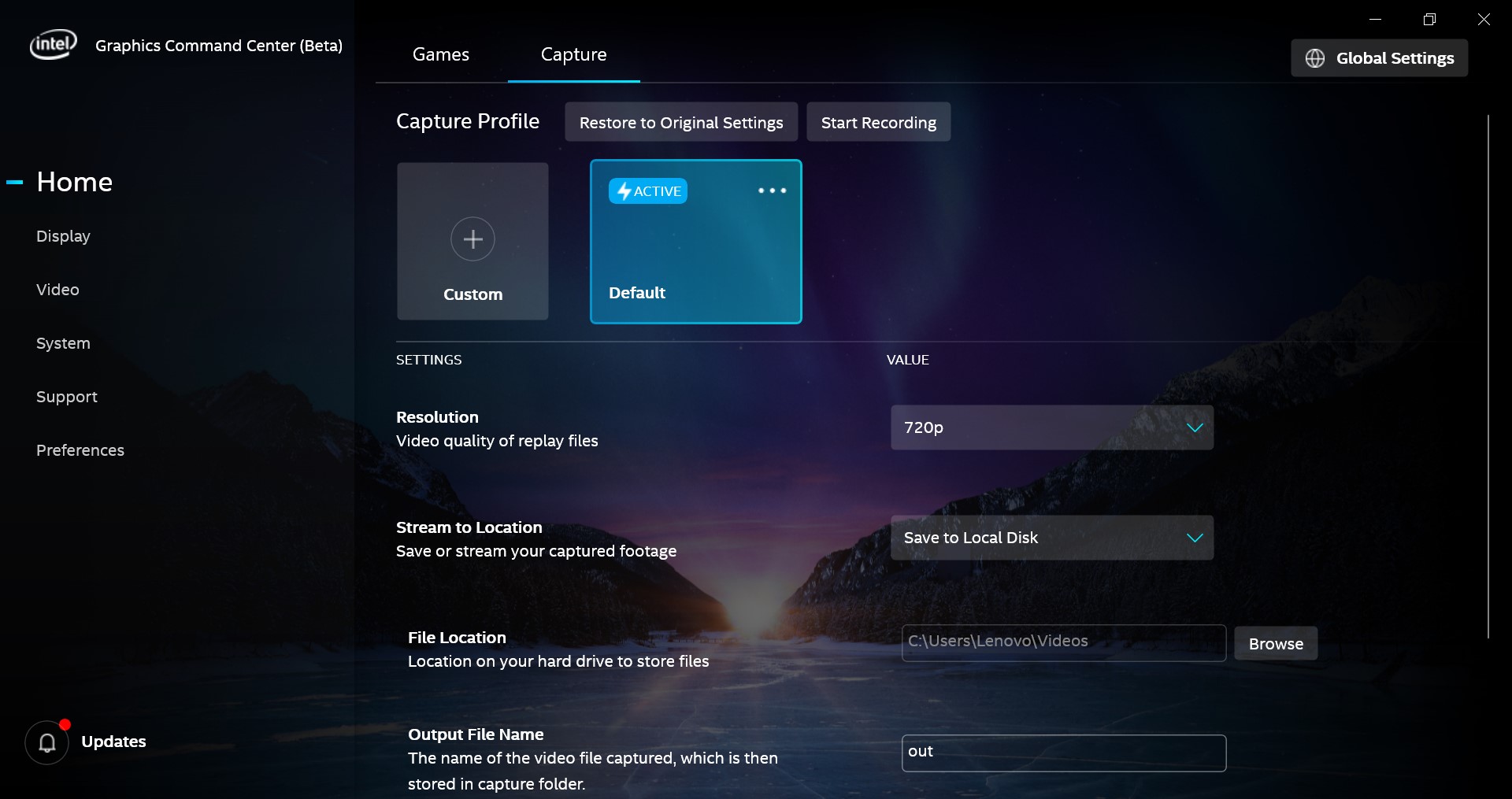 While it doesn’t look quite as robust as what you can do with Nvidia Shadowplay, which allows you to assign a hotkey through GeForce Experience to record the last 15 minutes or so of gameplay, it will at least allow you to actually record gameplay. However, because right now Intel graphics are limited to integrated GPUs, performance will likely take a dive – but this is about the future – the far future if rumors are to be believed.

That’s right, it looks like Intel wants to make sure its software game is up to snuff when Intel Xe graphics cards eventually make it to market. That will likely be a while, since the Intel Xe DG1 GPU we played with at CES 2020 is still in its early stages, and will likely not be in the hands of consumers for quite a while.

However long we have to wait for Intel’s graphics cards in the mainstream, we hope to see many more software features like this make their way into its software. Who knows, maybe by the time we actually get our hands on an Intel Xe graphics card, Intel Graphics Command Center will be as fully featured as Nvidia GeForce Experience or AMD Adrenalin.