AMD is changing the type of cooling solution it will be using for its next-gen (RDNA 2-powered) graphics cards, with reference boards moving away from the blower style cooler, and adopting axial fans – which is what Nvidia uses.

In fact, the new GPUs – which we caught a fleeting glimpse of in a presentation slide from AMD’s recent Financial Analyst Day – certainly bear a passing resemblance to Nvidia’s products at first glance.

After that slide (see below) was spotted, AMD’s Scott Herkelman, VP and general manager of the Radeon Business Unit, confirmed to those speculating on Reddit: “There will be no blower reference fans for gamers on next-gen. So you are correct.”

The blower design – which is used on current Navi graphics cards, and indeed all models in recent times, save for the Radeon VII – means that the hot air generated by the GPU is expelled out of the back of the card, through the expansion slot, and outside of the case. But it has been roundly criticized by many for being a noisy and generally inefficient cooling system, which many enthusiasts are glad see to the back of. 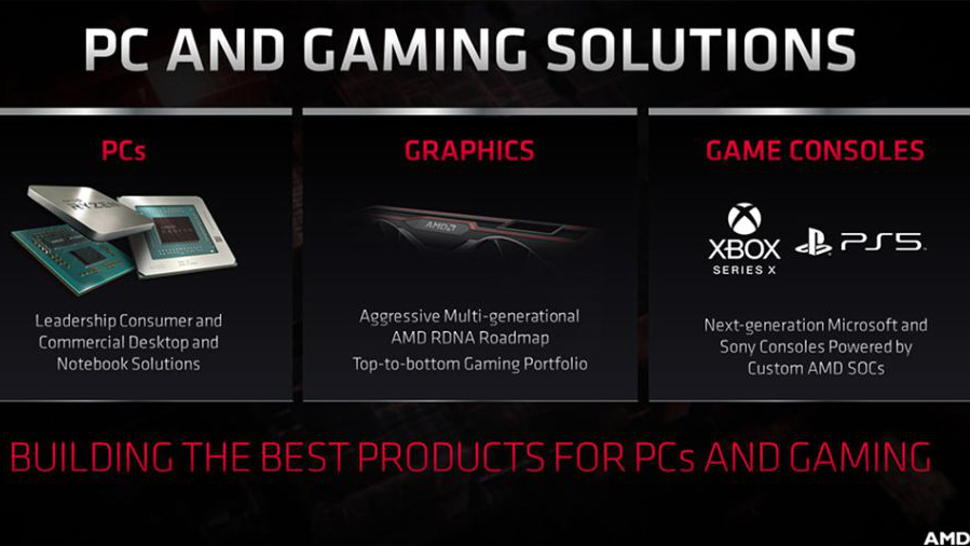 A dual (or triple – potentially, although the image glimpse shows a two-fan card) axial fan design means the heat is vented inside the actual PC case, and AMD previously said it went with blower models because of concerns that less tech-savvy users might end up with overheating problems due to badly designed case airflow. The argument boiled down to the insistence that a blower design produced a more consistent and reliable performance across AMD’s reference GPUs.

Clearly AMD’s engineers have changed their minds on that line thought.

Remember that this pertains to AMD’s own reference boards – third-party Radeon products already offer dual or triple axial fan designs, and AMD’s other previous argument was that enthusiasts who can ably manage their PC’s airflow can simply purchase one of those models.

At any rate, despite AMD’s previous reasoning, it’s clear that complaints around the blower design have been heard (above the noise), and at least with next-gen Navi graphics cards, it won’t be an option any longer.