EA has just announced that the Command & Conquer Remastered Collection will be released on June 5 for PC gamers via Steam and its own Origin store.

The remastered compilation, which has been put together in celebration of the 25th anniversary of the venerable RTS series, consists of Command & Conquer: Tiberian Dawn, Command & Conquer: Red Alert, plus three expansion packs – Covert Ops, Counterstrike and The Aftermath.

The compilation is the fruits of the labors of EA along with some original Westwood Studios team members, and input from the wider C&C community (many fan-requested features have been incorporated, such as a skirmish mode for Tiberian Dawn).

So what exactly do you get with the Remastered Collection? The visuals have been modernized as you might expect, with revamped graphics and textures, plus support for 4K resolution (you can see the difference between the old graphics, on the left, and the shiny 4K remaster in the comparative image above).

Furthermore, the interface has been overhauled with input from the aforementioned community members. That includes a fresh look for the UI, new controls, alongside a map editor feature. 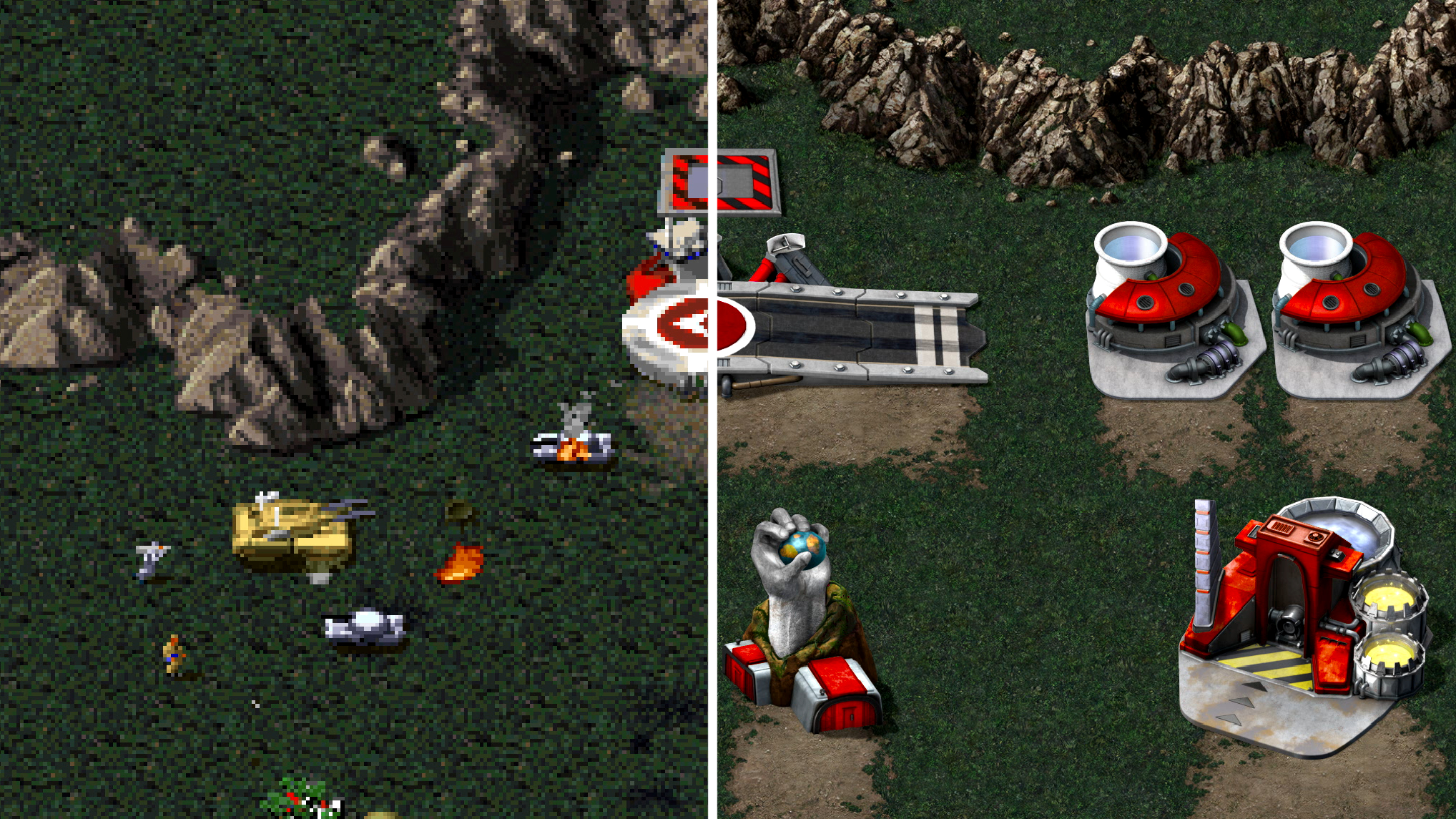 Multiplayer has also got a good deal of reworking with a system of ELO-based matchmaking and leaderboards, plus the ability to play custom games or a one-on-one quick match. It’s also possible to view match replays.

Finally, it’s worth noting that the soundtrack – in excess of seven hours of it – has been remastered by the original composer of the music, Frank Klepacki.

Jim Vessella, Lead Producer at EA, observed: “Our team has been working hand-in-hand with the C&C community since day one and we hope this transparent dialogue will result in the Command & Conquer Remastered Collection being a love letter to our fans.”