Doom Eternal on PC is finally out, after months of not having a huge tent-pole game release, and it really couldn’t have come at a better time. Because we’re all about to be spending a lot of time indoors, it’s good to finally have such a great title to dig our teeth into for a while.

But if you’re on PC, it can be nerve-wracking when you’re picking up the first AAA game of the year. How will it run? Will my graphics card be enough? Will it make my processor scream out in heat-induced pain?

Well, we have good news for you, Doom Eternal PC performance is pretty freaking excellent, delivering awesome frame  rates along the entire gamut of current-generation cards. Even the Nvidia GeForce GTX 1060 can absolutely eat up this game at 1080p, with playable 1440p frame rates. 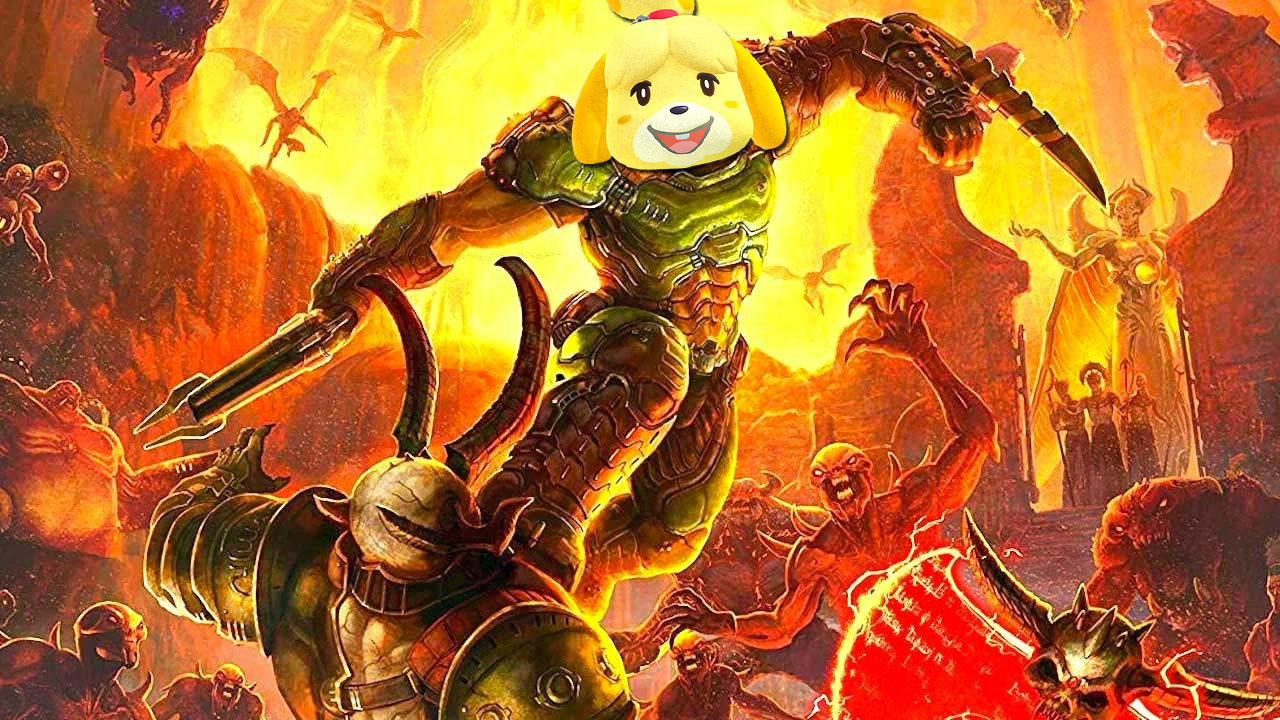 Because it’s hard to gauge just how well you can expect a game to perform based on the PC system requirements that developers will release ahead of a game’s launch, we here at TechRadar decided to actually put it to the test. We have access to all of the best consumer-grade graphics cards on the market, and even managed to get most of them home with us.

Because of current events, there are a few GPUs that aren’t available to us that we would have liked to test – namely the Nvidia GeForce GTX 1660 and GTX 1660 Super and the AMD Radeon RX 590. Maybe next time.

As far as the section of the game we tested, we found a checkpoint about 15 minutes into the first mission, right after you get the cannon that has plenty of action. We set a timer for two minutes for each run. Because Doom Eternal doesn’t have a canned benchmark on rails that we can run over and over again, we had to play through each run ourselves.

While this does mean you can be 100% certain that these numbers represent actual gameplay, keep in mind that this is a chaotic game and we couldn’t get identical runs for any two benchmark runs.

The game is so choppy on the AMD Radeon RX 5500 XT and the Nvidia GeForce 1060 that we simply cannot recommend that you play in 4K with any of these cards – or anything with a lower spec.

We tested at 1080p, 1440p and 4K on both the High and Ultra Nightmare presets, but there’s some caveats there. Doom Eternal will not even let you set the game to Ultra Nightmare if you have less than 8GB of VRAM. While we could have lowered the textures down to Ultra to get the game to run, that would add too many caveats to the results, so we just, well, we didn’t do it.

And, finally, for the AMD Radeon RX 5500 XT and the Nvidia GeForce 1060, performance was really choppy at 4K high, so we didn’t actually do the benchmark. We were getting around a 30fps average, but the game is so choppy that we simply cannot recommend that you play at this resolution with any of these cards – or anything with a lower spec.

Now, let’s get into the results.

Just a couple weeks prior to the launch of Doom Eternal, some system requirements leaked out for a moment that led folks to believe that lower-end hardware would be a no-go. Well, luckily, Doom Eternal runs like a dream.

The game is incredibly fast-paced, as is the nature of Doom, so being able to get high frame rates is crucially important. Doom Eternal simply feels like garbage at less than 60 fps, so you’re going to want to hit that number here.

Luckily, every single graphics card we tested was able to hit well above that number at 1080p High settings, with even the aged Nvidia GeForce GTX 1060 scoring a healthy 86 fps.

And, if you want to go up to 4K, you’ll be happy to know that many graphics cards are also capable of this, with everything above and including an Nvidia GeForce RTX 2060 Super or an AMD Radeon RX 5700 XT able to stay above 60 fps at 4K High settings.

The RTX 2060 and the AMD Radeon RX 5600 XT come close, but ultimately fail to break through that 60 fps barrier. Some more tweaking to the numbers will likely get you to that number, though. However, with one of these cards, we’d recommend sticking to 1440p or 1080p, where they’re able to deliver some high frame rate joy.

If you’re anything like the editor writing this, and you like to crank all of the graphics settings up to Ultra Nightmare at 4K while still getting a high frame rate, you should be happy to know that you don’t need an Nvidia GeForce RTX 2080 Ti to get this done. While that GPU is obviously able to handle this, delivering a juicy 104 fps maxed out at 4K, you can actually just use an Nvidia GeForce RTX 2070 Super to get 65 fps with everything cranked up to 11. 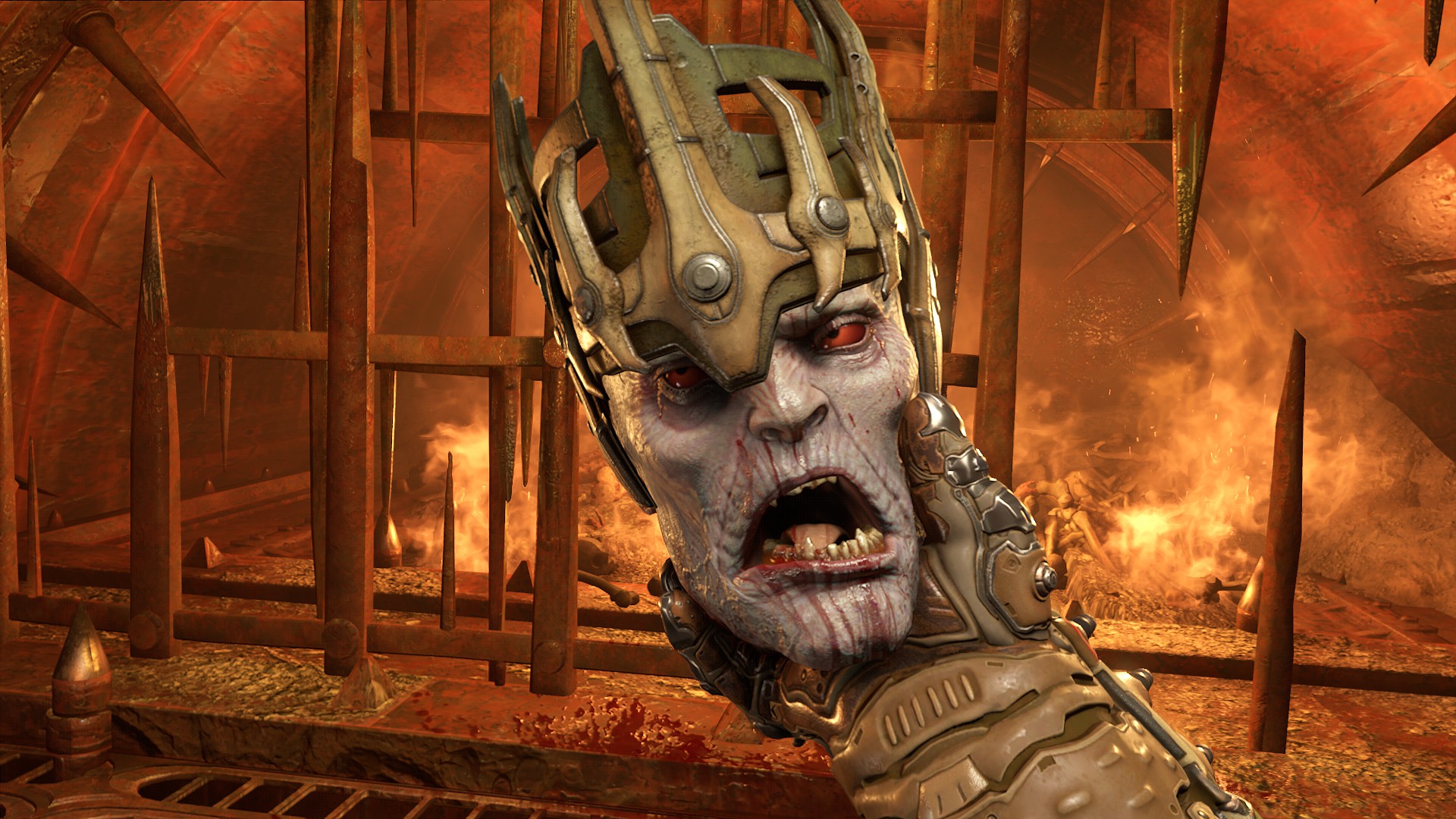 When we saw the CPU usage

Ok, what about CPU and RAM usage?

Doom Eternal’s PC port runs on the VULKAN API, which we absolutely love. Our test system is equipped with an AMD Ryzen 9 3900X, and we spotted several occasions where the game was actually able to utilize all 12 cores and 24 threads. This is yet another game that is going to help end the age of single-threaded games.

The game’s system requirements recommend a AMD Ryzen 7 1800X or an Intel Core i7-6700K for Doom Eternal, and yeah, that’s basically what we’d recommend too. If you’re able to get your hands on at least an 8-core CPU, that’s what we’d advise going with.

Though, we should be 100% clear here: we didn’t test any other CPUs at this time. We can’t tell you whether or not the game will chug on a quad-core processor, but we can pretty safely assume that it will.

As for system memory, throughout all of our testing, with only having Doom Eternal and MSI Afterburner open (to record frame rates), the system was using 9GB of RAM.  Windows 10 will generally reserve more memory than it actually needs, so while you can probably get away with 8GB of RAM, we recommend 16GB.

So, basically, Doom Eternal is one hell of a PC port, delivering amazing performance across the board. It is a CPU intensive game, however, so if you’re rocking an old processor, you might start to run into some issues. But, if you have a modern processor and pretty much any graphics card from this generation, whether it’s from AMD or Nvidia, you’re in for some high frame rate fun, and that’s exactly what we like to see from the best PC games.

And, if you’re looking for an upgrade to get ready for Doom Eternal, we went ahead and included our exclusive price comparison tool for our recommended Doom Eternal components.