On 10th October 2007, Valve released Half-Life 2: Episode 2, the continuation of Gordon Freeman’s story as he and his friends fought to free the human race from the oppression of the alien Combine. The ending provided very little in the way of closure, setting up a number of plot points for Half-Life 3. But 13 years later a sequel has still never arrived.

2020’s Half-Life: Alyx, a prequel exclusively for virtual reality, marked the first kick in the franchise for a long time. But it’s not a full sequel in the way that fans were hoping for and we’re still waiting for a new Half-Life game with a 3 in the title. Fortunately, in a recent interview, Valve’s Robin Walker said that the franchise still has a future, stating: “we absolutely see Half-Life: Alyx as our return to this world, not the end of it.”

While this isn’t a confirmation of definite plans for Half-Life 3, it’s enough to give fans renewed hope that this long-dormant series is going to continue in one form or another. Here’s everything we know of and hope for in another fully-fledged Half-Life game.

Half-Life 3 or Episode 3? Where has it been?

Back when Valve announced Half Life 2 would be getting episodic sequels, it revealed that there were plans to release three of them over the course of the following few years. They would together form what was essentially a third Half Life game. The idea was that development on an episode wouldn’t take as long as a full sequel, so fans could continue Gordon Freeman’s adventure sooner – albeit in smaller quantities.

Half Life 2: Episode 3 was never released, and over time people eventually just started referring to it as Half-Life 3 – assuming that Valve was working on a fully-fledged sequel rather than a brand new episode.

In a 2020 interview with IGN, Valve explained why Half-Life 3 never emerged as its own release or a shorter episode.

After a difficult six-year period which saw Valve developing Half-Life 2 and its Source game engine concurrently, level designer Dario Casali said that the team didn’t want to repeat this, stating that “I think our main take away from that is ‘get some stable technology and then build a game on top of it.”

Instead, the team decided to work on smaller, episodic releases, with Episode 1 releasing in 2006 followed by the infamous Episode 2 in 2007. When it came to Episode 3, however, Casali explained that “We found ourselves creeping ever forward toward ‘Well, let’s just keeping putting more and more, and more, and more stuff in this game because we want to make it as good as we can, and then we realized these episodes are turning more into sequels.”

So, why didn’t Half-Life episode 3 emerge as a fully-fledged Half-Life 3 sequel as many thought it would? Well, there are two primary reasons. The first is that the team didn’t want to work on another Source engine alongside game development again and needed to work on Source 2 before creating another sequel.

The other reason that goes hand-in-hand with this is explained in another IGN interview with Valve’s co-founder Gabe Newell who said that “Half-Life games are supposed to solve interesting problems“ and that the studio doesn’t just want to release Half-Life games in order to “make the quarterly numbers.” When it comes to a new Half-Life game, then, Casali says that Valve is “looking for what is going to make that next big impact.” Making a big impact would, therefore, require an exciting new technology or a new engine.

Of course, Source 2 wasn’t announced until 2015 when Dota 2 was released. And the following five years have been taken up with the VR-exclusive Half-Life: Alyx.

Which takes us to the present day, 13 years after Half-Life 2: episode 2, with no idea what the future holds for the series.

Half-Life 3 release date—will it ever be made?

It’s amazing that after the series had lain dormant for so long, Half-Life fans were still scrambling for another release. While 2020’s VR title Half-Life: Alyx was a prequel rather than the full sequel that many were hoping for, it has rekindled some hope and marked the end of a drought.

So, at the very least we know the series isn’t retiring but we still don’t know whether its next release will be Half-Life 3, another VR title related to Half-Life Alyx or something else completely fresh in the same universe. Hopefully we won’t have to wait quite as long to find out.

Will it be in VR?

Half-Life: Alyx is a VR-exclusive release and has quickly become a “watershed moment” for the platform, showing its true potential.

If another Half-Life title was to be released, then, would it be on VR? Well, that remains unclear and Valve remains non-committal. In an interview with PCGamer Dario Casali said “At this point, we don’t really know what [another Half-Life game] would be—we don’t know if it’s going to be another VR title. We don’t know if it’s going to be a non VR title.”

With the release of Half-Life: Alyx being so recent (though the game seems to be going down very well) the team is biding its time: “The best thing we can do at this point is to gauge the response to this product. How are people able to enjoy it? How many people can we get into the VR platform? [Are] people saying that VR is now this essential part of Half-Life? We really don’t know those answers until we put the game out and we start listening.”

Certainly, at the moment, VR is a more limited platform in terms of its user base and if a fully-fledged Half-Life 3 were to be released it’s possible Valve would want to make it available to as wide and audience as possible. This all remains speculation, however, and we won’t know for sure what the future holds for the series until Valve confirms its intentions.

What Valve has told us before

So, although Valve never released its third episode or a sequel, some information has spilled out over the years. How much of it is still relevant is unclear, but Gabe Newell did confirm that players would retain control of action hero physicist Gordon Freeman. The end of Half-Life: Alyx certainly suggests that this will still be true of the next release. Newell later stated that Gordon would go unchanged in Episode 3, as it was then known, so he would “largely remain an arm and a crowbar”. Newell also confirmed that he will never speak, since his companions are a “more fruitful avenue to explore”.

Doug Lombardi, Valve’s VP of marketing, also confirmed that the story would not return to City 17, and that the developers had put a lot of work into “creating a natural progress of topography and climate”.

Newell also confirmed that Episode 3, as it was then known, would finish the story arc that began in Half Life 2. While he spoke of the possibility of a fourth episodic instalment, he confirmed that it would be stand-alone and developed outside of Valve. It was later revealed to have been in development at Dishonored developers Arkane Studios and titled Return to Ravenholme. Unfortunately it was cancelled.

Former franchise writer Marc Laidlaw also confirmed to PC Gamer that Episode 3 wouldn’t have had a definite conclusion, much like Half Life and Half Life 2. The plot summary that he later released appeared to confirm this.

Instead the game would keep things open so that a new team could eventually develop sequels. Laidlaw also claimed to have “no idea” if the game would ever get released or not.

Although the writer referred to the post as a ‘fanfic’ it’s pretty clear that the post is a thinly veiled plot summary of what would have been Half-Life 2: Episode 3, albeit with most of the name’s changed and everyone’s gender’s reversed.

If you’d like to read the post with the name’s and gender’s corrected then you can do so on GitHub, where someone has transcribed the whole short story.

Although it’s worth reading the post in its entirety, it appears the plot of the game would have followed Gordon and Alyx as they journeyed to the Borealis, which would have been found to be phasing in and out of existence. After a protracted fight they would have eventually have rigged the ship to travel to the heart of the Combine empire and explode, thus freeing the human race from their enslavement.

Like previous Half-Life games, Gordon would have been left in limbo, saved from the explosion by the Vortigaunts.

Despite the fact that Valve has seldom spoken about Half-Life 3, let alone released gameplay material, we have had a fair bit of concept art hit the net over the past 13 years. While it’s not quite the same as in-game renders of a trailer, it’s still something. Normally it might give us some hints at what to expect, but given the amount of time since the art first surface, the nature of the game is likely to have drastically changed.

The first pieces arrived online in 2007 and 2008, showcasing some of the possible settings:

Some more concept art arrived in 2012, and if legit shows off a wide variety of environments the players can explore.Valve has yet to comment on its validity, and since it’s usually quite quick to dismiss fakes this has led some to speculate that this is the real deal.

“I don’t think I can talk about that, to be honest,” he said. “I think it’s kind of public knowledge that people know that it is being worked on. And so if I were to say that, yeah, I’ve seen some images, like some concept art of it, that wouldn’t be big news to be honest. I guess I could say that I did see something that looked kinda like in the Half-Life universe.

And I mean it wouldn’t surprise anyone if I said they’re doing it, they’re working on it, yeah. So to go out on a limb I’d say I did some concept art for Half-Life 3.”

March 2008 also saw the release of what appears to be Alyx Vance concept art on the Picasa page belonging to Valve illustrator Andrea Wicklund. The images were quickly removed, but not before being saved and redistributed elsewhere. 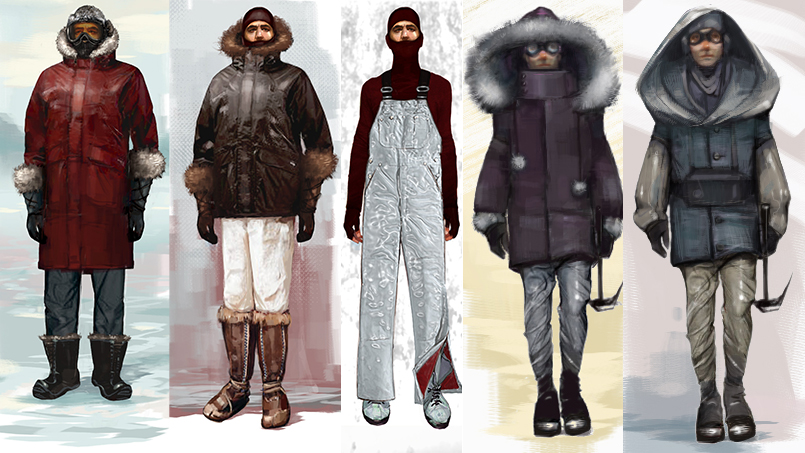 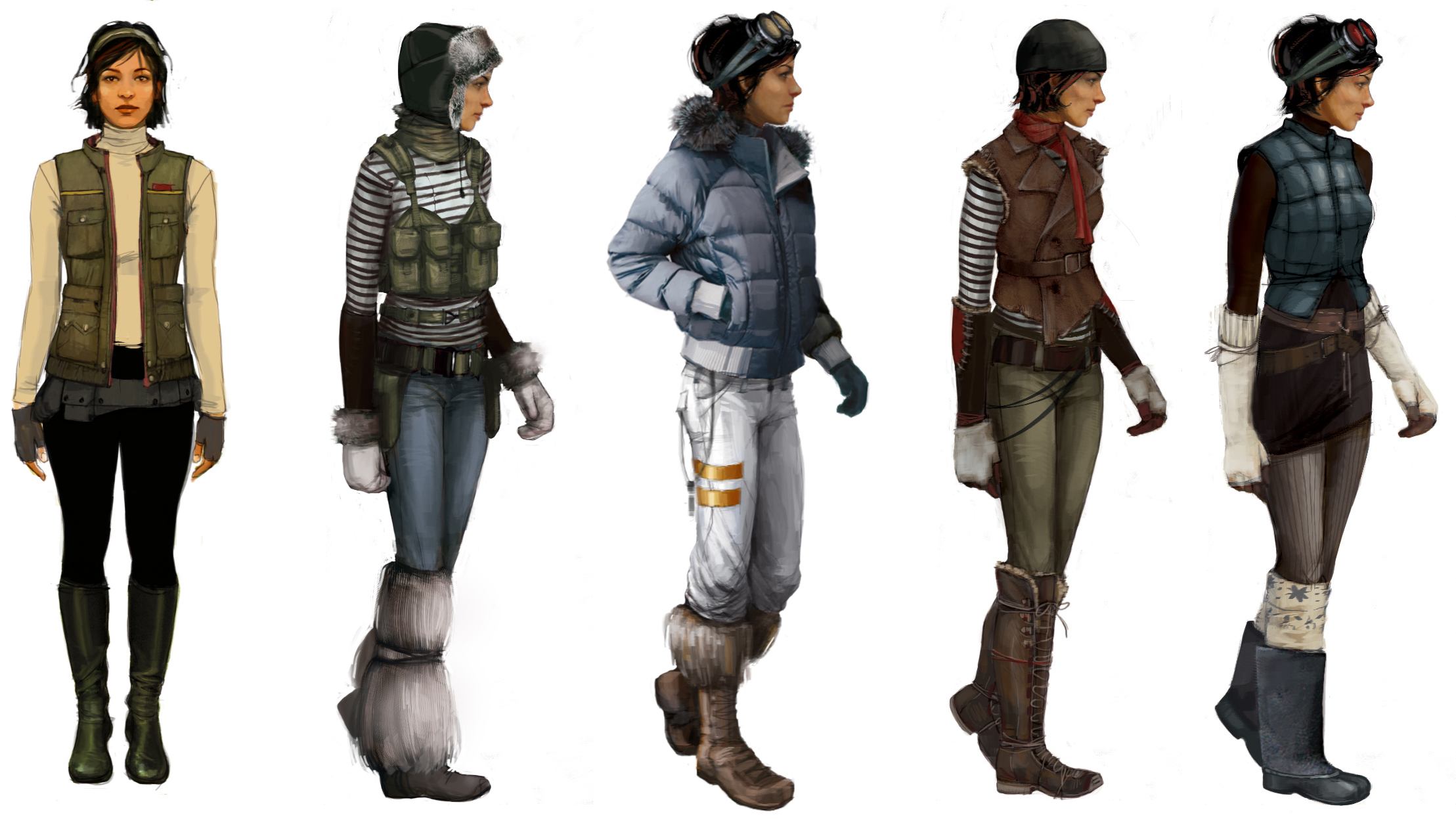 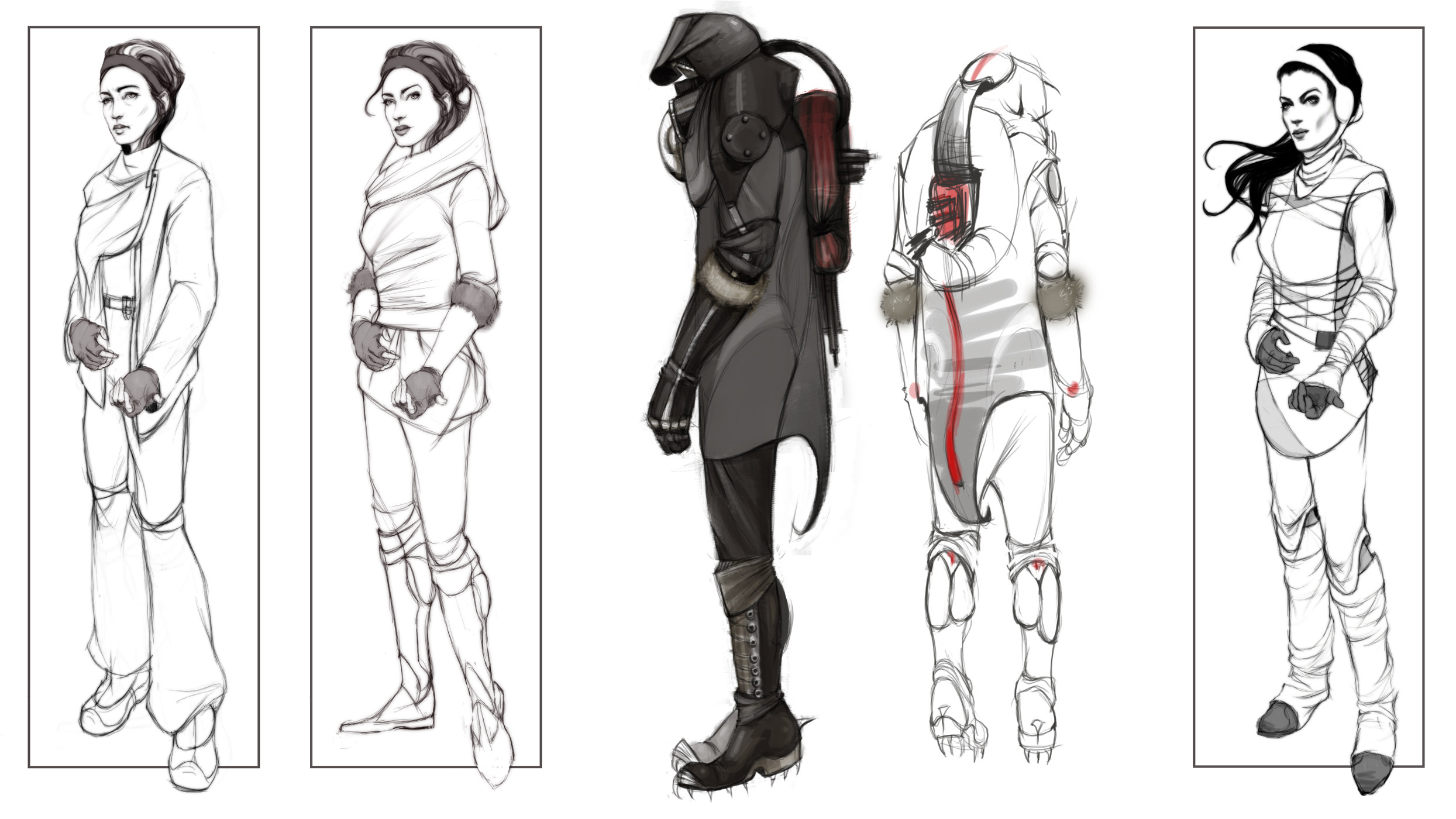 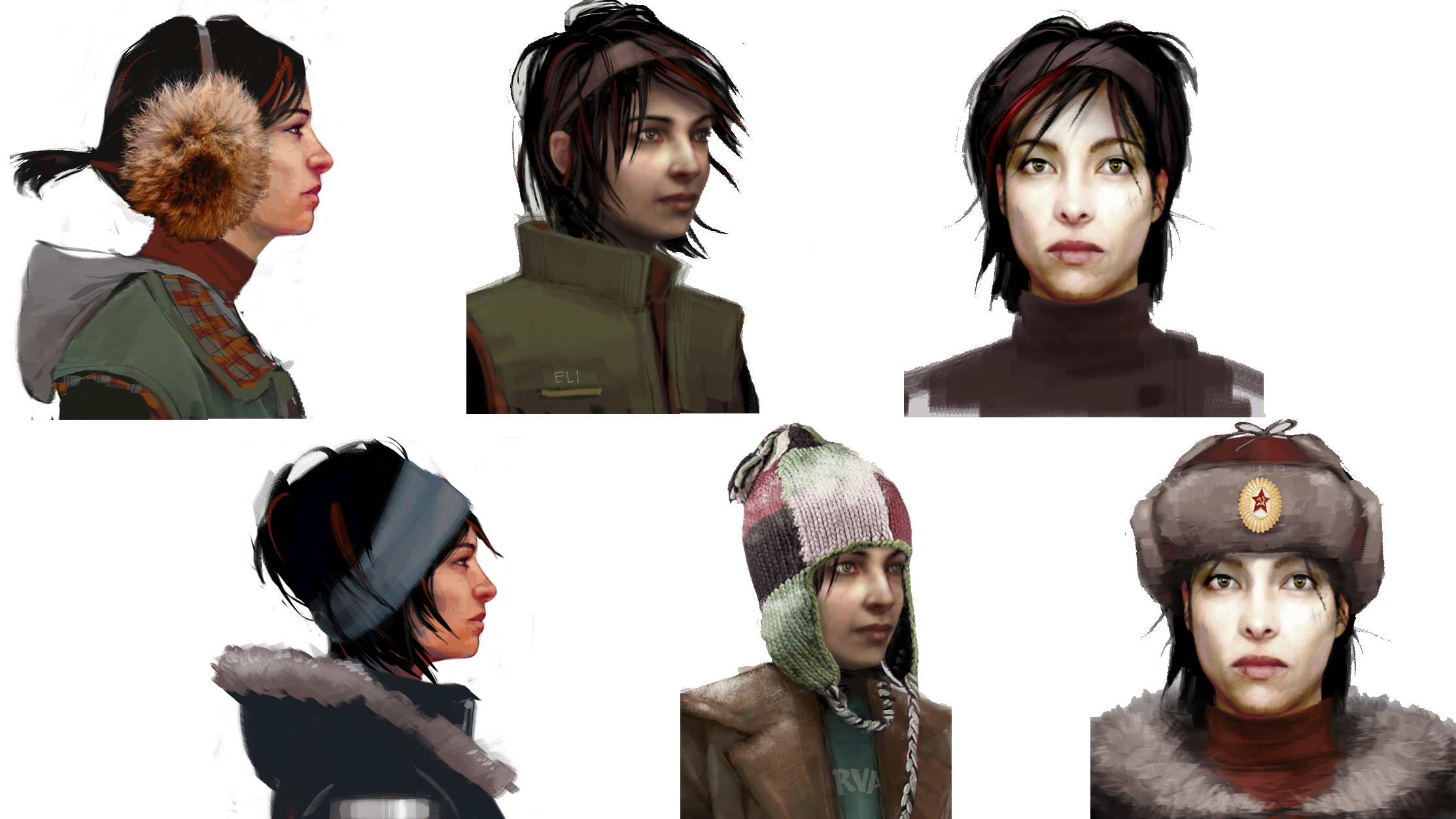 In January 2017 Gabe Newell went onto Reddit to take part in an AMA (Ask Me Anything), which fans naturally used to ask some questions about the future of the Half Life/Portal universe. He did answer a few of them, though he didn’t reveal a whole lot.

So, now that the Half-Life series has returned to, er, life fans are once again hoping to see a confirmation for that elusive third title.

From what we’ve learned of the franchise’s development history, though, it’s clear that we won’t hear about it or see it unless it’s just right. Valve doesn’t really need to make a new Half Life game to be successful. Steam is one of the most popular digital storefronts in PC gaming, and Counter-Strike: Global Offensive and DOTA 2 attract millions of players who in turn purchase in-game items with real cash. That’s not to mention VR successes.

But still, now that Half-Life: Alyx is breathing its first breaths, maybe we will see Half-Life 3 in some form or another some day. Certainly, the studio is clearly keen to continue releasing games in the series and we’ll be updating this page as soon as some kind of official confirmation is released.