The Intel Core i7-7700K isn’t nearly as fast as the Core i7-9700K, but it remains on of the best processors for gaming rigs. That may be about to change if AMD has something to say about it.

According to a leaked benchmark found by CPUmonkey, AMD’s upcoming Ryzen 3 3300X comes within just 0.5% of the 7th-generation Kaby Lake chip in terms of single-core performance. 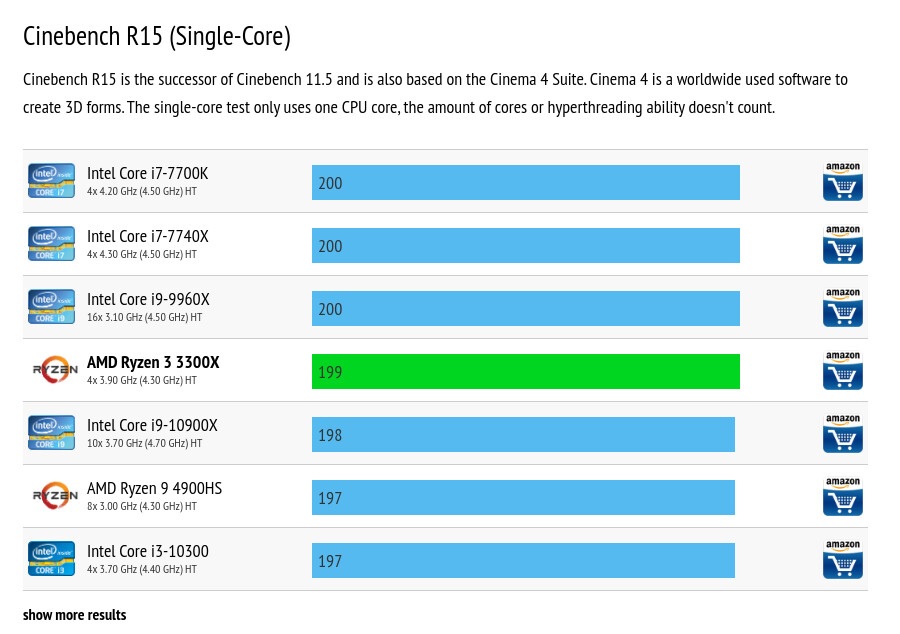 Since single-core performance doesn’t always scale up the same for different processors, it remains to be seen how well the Ryzen 3 3300X actually performs when running all four of its cores. What we do know is that the Ryzen 3 3300X has a base clock of 3.8 GHz, with boost to 4.3 GHz, with 65W TDP and 18 MB total cache.

Unlike the Intel Core i7-7700K, however, the Ryzen 3 3300X won’t have an integrated GPU, so a discrete GPU will need to be purchased separately, though for gaming rigs, this is par for the course.

Even after a couple of years on the market, the Intel Core i7-7700K is still going to run you about $300, which forces a lot of gamers on a budget to have to make compromises on other hardware components. This might mean a lower-end discrete GPU or having to settle for the i7-7700K’s integrated GPU for gaming, which is hardly ideal.

With the AMD Ryzen 3 3300X coming in at $120 (about £100, AU$188), users may now be able to get the same performance as the Intel i7-7700K while freeing up cash to buy more powerful graphics cards, unlocking true 1440p gaming for the budget gaming PC. We won’t know for sure until we get our hands on one ourselves, but if the rumors are true, it’s going to be a fantastic year for budget PC gaming.