This piece has been updated with a comment from PUBG’s console lead and more information about Ranked Mode.

It may seem hard to believe, but PUBG is on life support right now. Since update 7.1 arrived on PS4 and Xbox One, which curiously coincided with the game coming to Stadia, battle royale’s poster child has taken a serious turn for the worse. And it’s all because bots have been added to the game.

As it stands, PlayerUnknown’s Battlegrounds has been fundamentally ruined by developer PUBG Corporation’s baffling decision to artificially inflate the player base with mindless AI opponents, who are about as useful as a chocolate fireguard, and as fun as a third-degree burn.

Bots go against everything that makes PUBG worthwhile: they destroy any meaningful tension, rob you of any satisfaction that comes with surviving, and only serve to bastardize an experience that was beloved by millions of players. No one asked for them, and they simply weren’t needed. 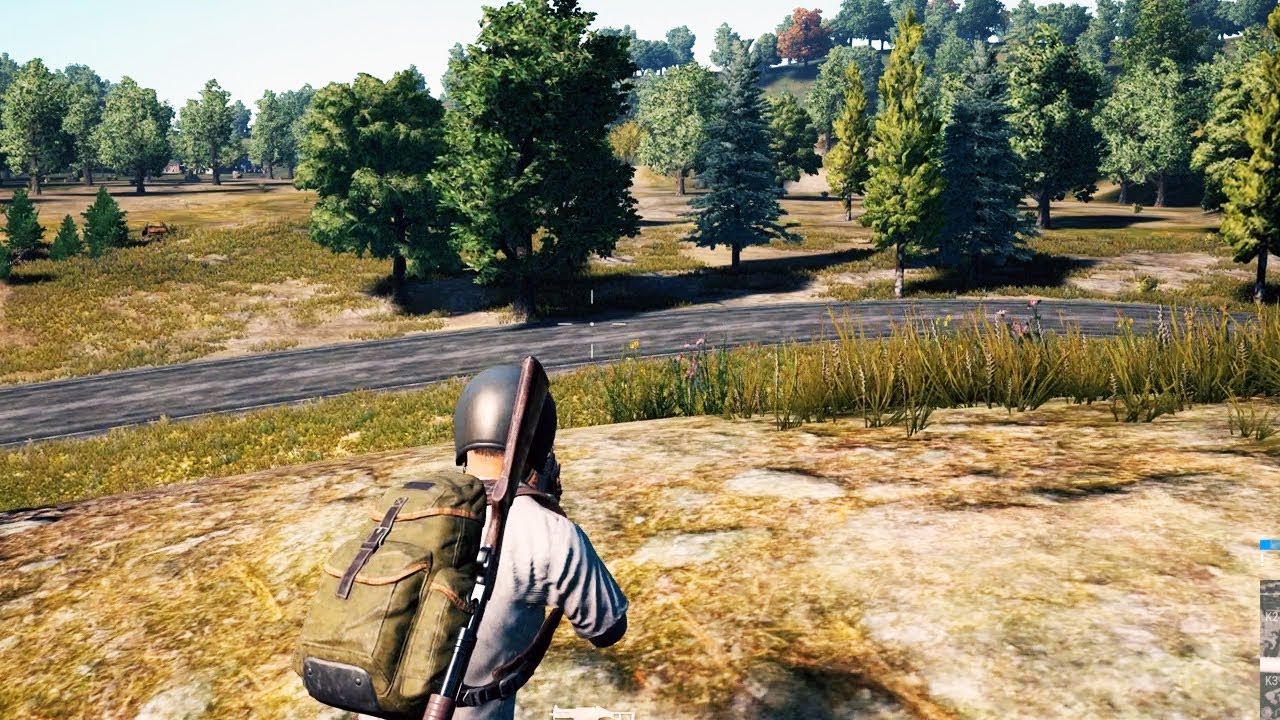 There’s probably a bot in the distance.

So why the hell did PUBG Corp greenlight such a controversial change? Well, the short answer – according to the all-knowing guardians of PUBG – is that bots will stop new players growing frustrated, as the skill gap between newcomers and veterans had, apparently, grown too wide. The idea, then, was that bots would let rookie players get a couple of cheap kills and feel good about themselves. I’m sorry, what?

The logic behind this decision is utterly baffling. Why would you ever dumb down a game which thrives on high-level competition, and sucks you in with the sheer ecstasy you feel after overcoming countless odds to win? All for a small minority of players, no less, who refuse to “get good”.

I don’t recall Dark Souls adding an easy mode in an attempt to appease gamers who didn’t have the chops to progress. And I certainly can’t remember Call of Duty: Warzone being praised for making the game more accessible to those who totally suck.

The whole compelling element of PUBG, or any competitive video game for that matter, is the feeling of progression and a sense of accomplishment. When you kill another player in PUBG, you have to earn it. When you win a chicken dinner, you seriously have to earn it. From the moment you drop out of the plane and parachute down to the ground, you have to earn every second you’re alive. Want that loot? Grab it first or fight for it. Making your way to the shrinking bluezone? So are other players. PUBG’s entire appeal hinges on survival. Now, though? I couldn’t care less. 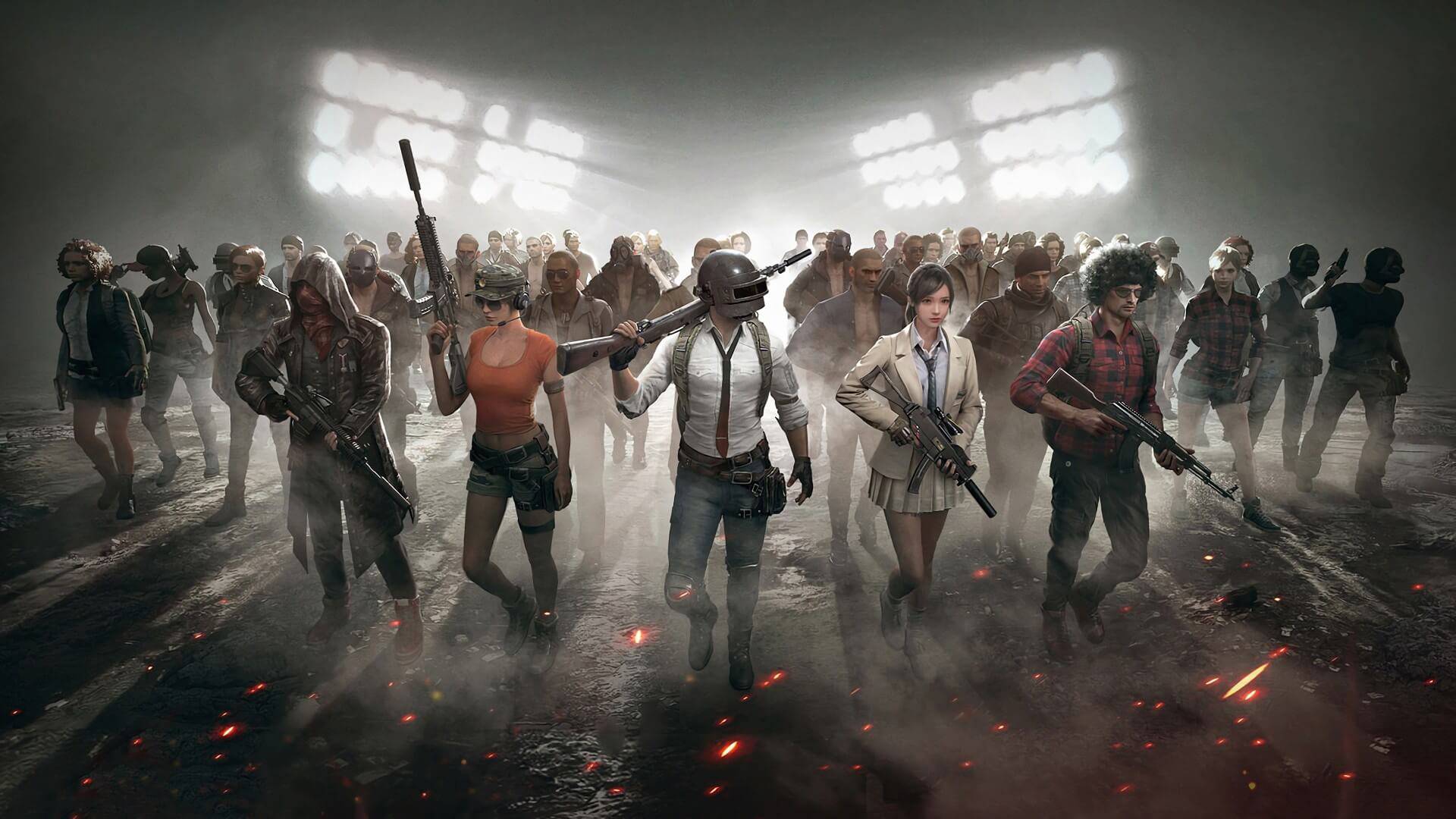 Statistically, 99% of these players are bots.

So how bad are these bots, then? If the scale was shocking to abysmal, well, they’d be off the charts. First of all, there are now more bots in each match then there are actual human players. Yes, you read that correctly. It isn’t a 60/40 split either, but more like 90/10 in favour of PUBG Corp’s mindless drones. Bear in mind that PUBG supports cross-play, where Xbox, PS4 and now even Stadia gamers can play together, and it just doesn’t make any sense.

But let’s move back to these bloody bots. They run around the map like the poorly-programmed AI they are, oblivious to their surroundings, and only serve as cannon fodder for anyone but the most inept players. They can’t throw projectiles, vault over objects, peek or lean and, if it wasn’t already clear by now, turn previously heart-skipping encounters into a laughable affair.

After playing multiple games with my usual squad (we’ve clocked well over 3,000 hours of combined playtime into the Xbox version alone since it released in 2017), we came second in every single game we played, as the only time we met any real-life opponents was in the final circle. Even then we couldn’t be sure, and we were honestly apathetic towards winning.

By the end of the night, we were all left thoroughly disheartened, disillusioned and in a move that speaks volumes to just how much PUBG Corp have messed this whole thing up, proceeded to download Call of Duty: Warzone.

Thankfully, we’re not the only players who are outraged with PUBG Corp’s latest grand experiment. The PUBG console subreddit is packed with people ringing the death knell for a game they truly loved. And although the developers have released a typically ominous response to the outcry, the overall consensus is that bots simply have to go. They’re fine for PUBG Mobile and PUBG Lite, as they’ve been there from the beginning and those games are more arcade-focused, casual experiences anyway. 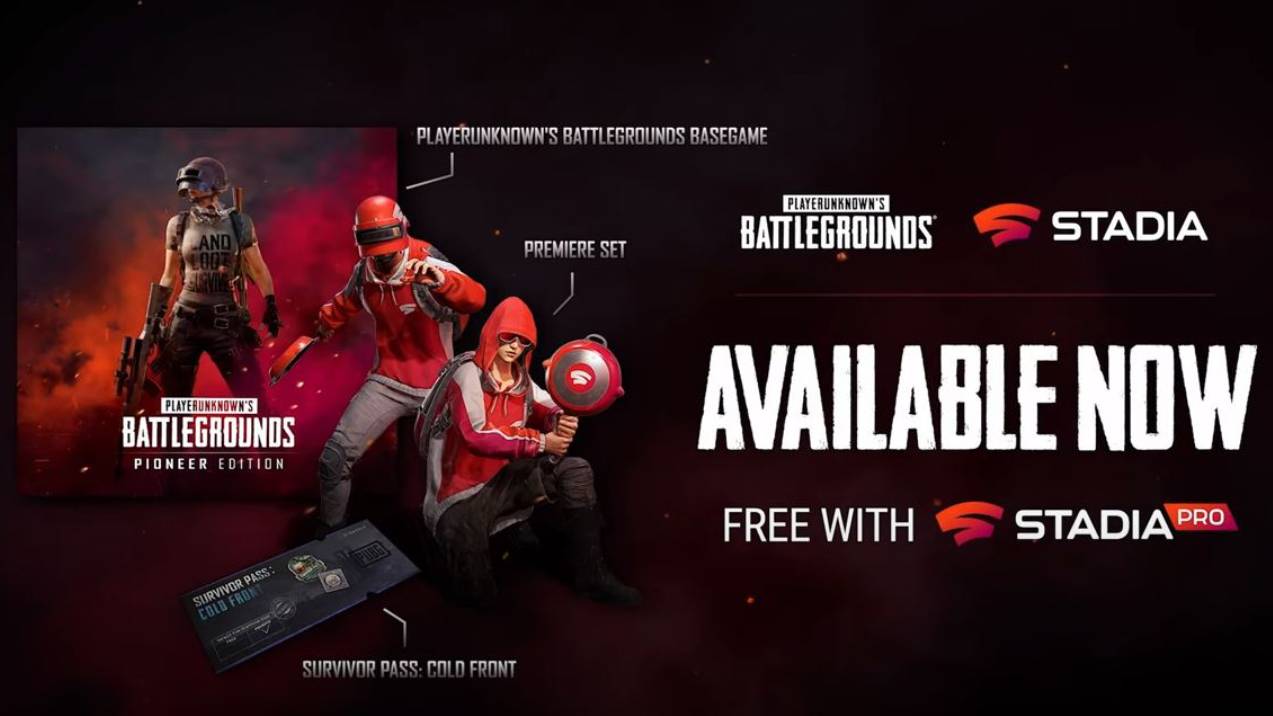 There are more players than ever now the game is on Stadia, and yet…

Interestingly, the news of PUBG’s bot invasion was revealed just a few days before Google announced that the game was coming to Stadia, its struggling streaming platform. And that makes perfect sense really, as Stadia’s player population is so low that bots would help reduce wait times for matches. But for Xbox One and PS4 players? It’s just not necessary.

Worryingly, PUBG Corp has already said they plan to add bots to the PC version of the game, which still has hundreds of thousands of players on Steam every day. And even though bots won’t feature in the game’s ranked mode – which of course isn’t here right now – it’s one of the biggest misfires yet for a company which has struggled to keep up with PUBG’s phenomenal success since it launched.

If the situation doesn’t drastically change on console, then, there’s no doubt in players’ minds: PUBG is officially dead. Rest in peace, my friend.

Bots have now invaded the PC version of the game, and the reaction from the community is as you’d expect: they’re not happy. Two of the biggest PUBG streamers on Twitch, WackyJacky101 and chocoTaco, have voiced their disdain over the game’s bots in a number of frustrated tweets, but this clip from chocoTaco sums things up nicely.

Even though players have continued to voice their concerns that bots are ruining the game, PUBG Corp is standing firm. We had the chance to ask PUBG console lead Joon Choi about the controversial decision – here’s what he said:

“Bots were added as part of a long-term effort to support new players across all platforms. The skill levels of many of our players have grown significantly over the years, which has made it increasingly difficult for newcomers to settle into our game,” said Choi. “Back when PUBG first came out, a lot of people were busy hiding in buildings because they knew how difficult it was to connect a shot. It’s still like that for our newer players, but everyone else has gotten that much better. Our current data is showing that bots are helping new and unskilled players.”

What irks me about this particular statement is how Choi points out that “people were busy hiding in buildings because they knew how difficult it was to connect a shot”. Avoiding combat has always been a large part of PUBG, as there’s no point engaging unless absolutely necessary. Sure, there are players who prefer to hunt down their opponents, and it can be frustrating if you’re struggling to compete (like any competitive game). But when surviving is more important than your kill count, it’s seems like the developer just wants to make PUBG more combat-focused, even if that’s detrimental to the game.

Finally, Choi pointed players towards the game’s new Ranked Mode, which is now available on PC, but won’t arrive on console until May 26. “For those that want a competitive experience without bots, we’re excited about our recently unveiled Ranked Mode, which is being released on PC, Stadia, and consoles this month.” Problem sorted, then? Well, no. Not at all.

PUBG’s long-awaited Ranked Mode comes with a number of strange caveats. For starters, it only supports 64 players instead of the previous standard of 100, and only three maps are available to play: Erangel, Miramar and Sanhok. If you want to play Karakin or the new Vikendi, well… tough.

Furthermore, PUBG’s Ranked Mode only lets you play in a four-man or one-man squad (good luck). This is perhaps the worst decision of the bunch, as there’s no support for solo or duos, which alienates a huge chunk of PUBG’s player base, including myself. Add into the mix that PUBG Ranked Mode features a faster blue zone, more loot and no red zone, you’ll need to play with bots on Normal Mode if you want the old PUBG experience that we’re used to.

So is Ranked Mode the solution? Clearly not. And now the future of PUBG is on a knife-edge more than ever, precariously balancing over the pit of obscurity. But at least new players are happy, right?