It hasn’t been that long since Igor’s Lab published AMD’s “Renoir” APU portfolio, which he obtained from an unknown source, listing several Ryzen 4000 APUs. Now, a new leak has surfaced that not only validates that list, but also sheds some light on which APUs will actually make it to production.

According to Wccftech, Biostar just posted the CPU support list for its new B550 motherboard, the Racing B550GTQ Ver. 5.0, and it lists several new Ryzen 4000 ‘Renoir’ APUs, complete with their actual model names (not just their OPNs) and their final clock speeds. 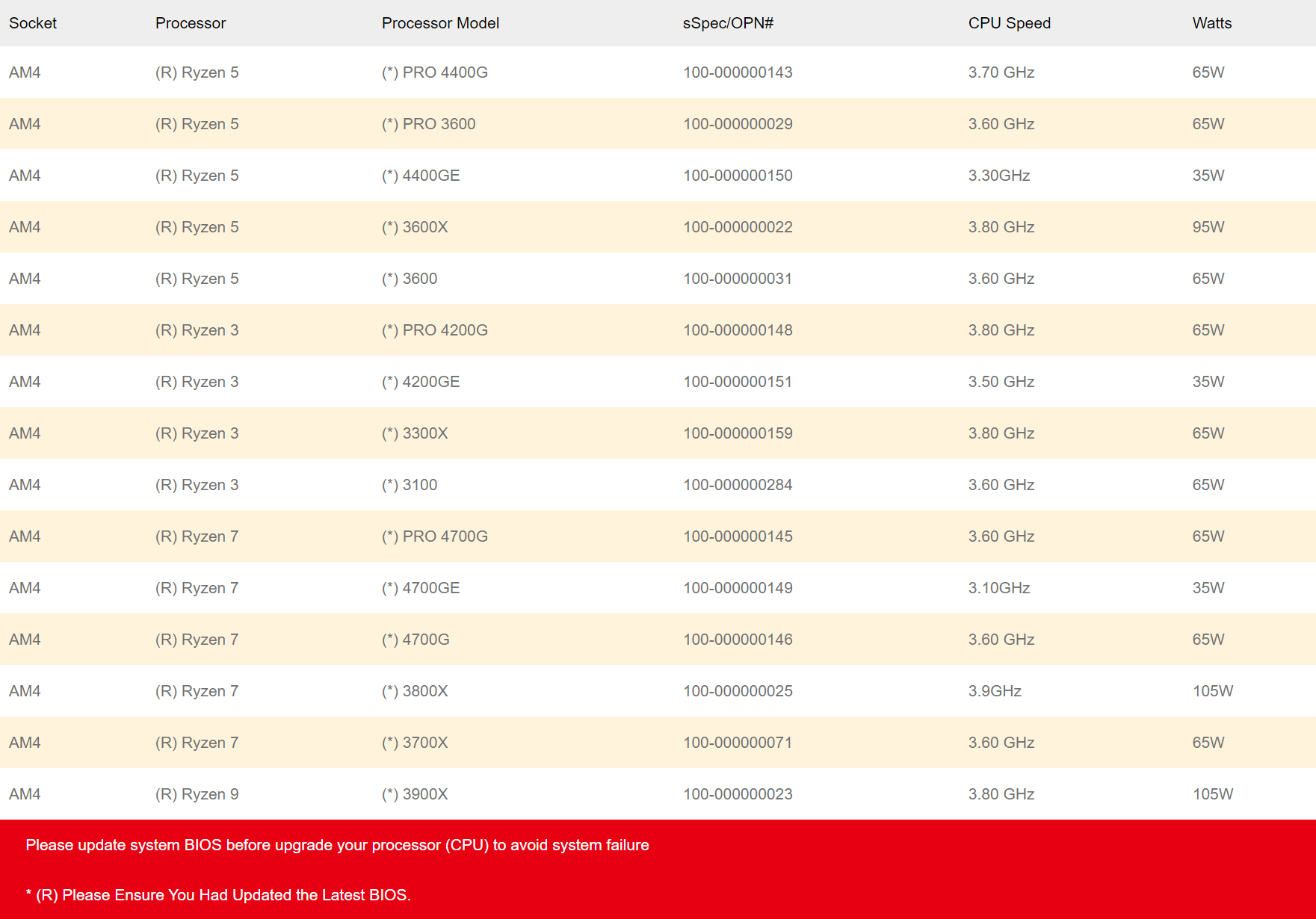 While Biostar’s CPU support list doesn’t actually give us all the important specs for each chip, only the model names, OPNs, base clocks and TDPs, we can cross-reference it to the more detailed list from Igor’s Lab. By doing so, we can confirm that the Ryzen 7 4700G, with OPN# 100-000000146, will boast 8 cores, 16 threads, a base clock of 3.6GHz and 65W TDP.

Based on these leaks, here are the ‘Renoir’ APUs we have so far, alongside their specs: