A long time ago in a galaxy far, far away, I wrote about how nothing would make me happier than a VR-compatible Star Wars dog-fighting sim, in the same vein as the classic Rogue Squadron games. Now, with the announcement of Star Wars: Squadrons, that holy grail is becoming a reality – just as my enamourment with virtual reality as a whole fades.

Star Wars: Squadrons is a ship-to-ship-combat focussed flight sim from EA’s Motive studio, letting you play as both Rebel and Imperial pilots. Though we’ve only seen a teaser trailer so far, it promises not only a solo campaign alongside multiplayer dogfights, but the option to play the entire game in VR. If the Star Wars: Battlefront one-off VR mission was anything to go by, this could be not only a bombastic adventure, but a comfortable one all can enjoy, thanks to its seated nature and fixed perspective. It’s the wannabe X-Wing pilot’s dream.

This is, or at least should be, big news. Launching in October on PC, Xbox One and PS4, not only will the game feature cross-play between all platforms, but it’ll also support all major virtual reality headsets at launch too. That’s PlayStation VR, the HTC Vive family, Valve Index, and Oculus family all accounted for.

Except, it’s not generating the buzz you’d expect. Five years ago, if you’d have told the world of gamers that by the end of this console generation you could digitally sit in an X-Wing fighter cockpit and form a squadron with your friends across console and PC, we’d have been salivating like a Hutt looking at a bowl of cooked space frogs. But the news has been received with only modest enthusiasm from the relatively small niche of diehard VR gamers.

The darkside of VR

It’s not for want of trying from the Star Wars license gatekeepers. As you’d imagine, Star Wars offers an expansive canvas with which to paint VR adventures onto, and so it’s appropriate then that the Star Wars license has offered up some of the best virtual reality experiences we’ve took part in to date. As well as the Battlefront VR mission, Vader Immortal for Oculus Quest was an ambitious and cinematic solo adventure, while the premium Star Wars: Secrets of the Empire VR attraction was, quite simply, the best VR experience I’ve ever had.

But virtual reality as a whole has struggled to capture the public’s imagination in the way many had hoped it would. The headsets remain bulky and expensive, with the exception of the Oculus Quest – but that wirefree headset lacks the processing oomph to deliver the sort of experience Star Wars: Squadrons purports to be, leaving the heavy lifting to its bulkier, wired stablemates the Rift and Rift S.

Software support has been patchy, with only a handful of titles that could truly be considered must-play, and those titles launching too few and far between to ignite consistent, continued interest in the expensive hardware. The superb Half-Life Alyx, perhaps the high-watermark for VR so far, landed just this year – a full four years after the HTC Vive (which developer Valve worked on alongside HTC) was released, without taking into account the years of prior development before the product hit shelves. 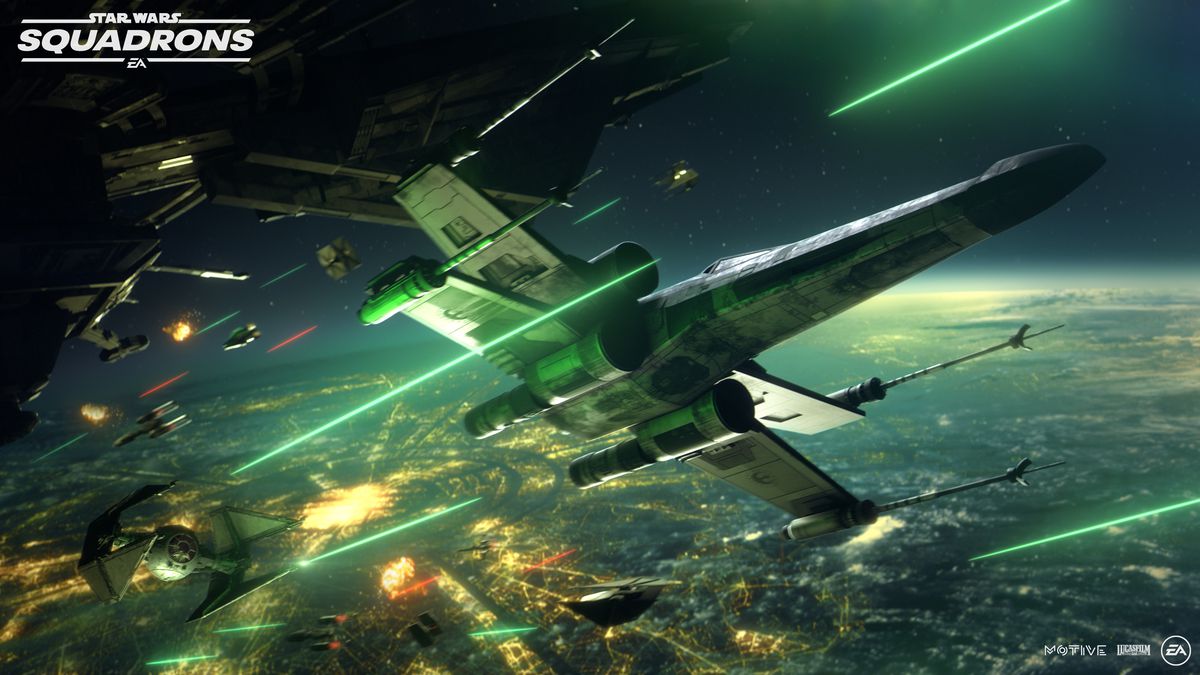 Hardware supply too has been limited, restricting the growth of the audience around the few genuine spikes in interest VR has received, meaning those curious enough to invest in the format has been pushed to rubbish mobile headsets of varying quality. Considering even the most well-developed VR applications can prove nauseating, it’s no wonder those that have experienced lesser virtual reality wares bounced off it, never to return.

Star Wars: Squadrons has the best chance of making a dent in a way previous virtual reality titles never have. It has the power of a huge franchise behind it, is agnostic in its VR requirements (right up to the very best standard the industry has yet conjured in the shape of the Index), is reaching as wide an audience as possible with cross-platform play, and comes during a year when lockdown measures have people craving escapist pleasures. Is there anything more escapist than taking the controls of your own X-Wing star fighter?

The stage is set. If Star Wars: Squadrons can’t inspire renewed interest in VR, nothing can. “Do, or do not. There is no try.” If only the VR industry had had its very own Yoda to utter those immortal words earlier. Now Star Wars: Squadrons seems like virtual reality’s only hope.