Intel Tiger Lake release date, specs and news: all the details on Intel’s next 10nm chips 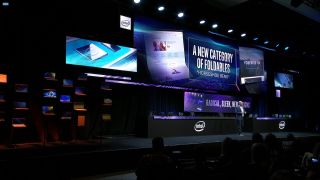 Intel Tiger Lake is the second 10nm microarchitecture to actually make it to commercially-available laptops, even though it’s the third overall – we all remember the nightmare that was

What separates Intel Tiger Lake from its predecessor – 2019’s

– is the inclusion of

, which promises a massive boost to graphics performance over the Intel Gen11 graphics found in Intel’s 10th-gen lineup. With this, Intel is promising absolutely monumental improvements across the board, no matter what kind of work you are trying to do.

Intel has officially launched the architecture

, it may be a while before we start seeing a ton of laptops packing these

– though Acer and Asus have already announced new lineups.

So, now that we have all the juicy Intel Tiger Lake specs, release date and architecture information, we gathered everything up in one spot. And, as new laptops come out, we’ll be sure to keep this article updated, so be sure to keep it bookmarked.


, but didn’t give a hard release date. However, the platform has officially been launched, and it should be filtering its way into laptops from every major OEM over the next few months. The first lineups we know of are from Asus and Acer, for the Zenbook and Swift series, respectively.

We’re sure many more laptops with Intel Tiger Lake silicon will be announced in the coming weeks.

We can’t expect to get individual pricing for Intel’s Tiger Lake processors because they go straight to OEMs for laptop builds. That means the actual price of the chips will never really be paid by consumers.

In any case,  Intel Tiger Lake comes with further refinements to the 10nm process used. This includes a completely new SuperFin process tech, which uses an all-new chip layout to boost both power efficiency and raw performance, even on battery power.

That latter point is a huge part of what Intel Evo is here for – basically the new version of Project Athena. This is essentially an Intel program, the branding of which will indicate that a laptop has passed rigorous standards set by Intel. In order for a laptop to pass, it has to be reasonably responsive on battery power, wake up in less than a second and have more than 9 hours of battery life – all of which will be a huge benefit to pretty much everyone that uses a laptop.

But of course we can’t really talk about this lineup without going into raw specs. When it comes to core counts and clock speeds, we’re getting the same 4 cores and 8 threads we’ve come to expect from Intel U-series chips, but clock speeds get a major boost. The Intel Core i7-1185G7, for instance, now boosts all the way up to 4.8GHz, which is a huge improvement over the measly 3.9GHz boost of the Core i7-1065G7.

What this increase to clock speed will allow is for Intel to finally move away from the now ancient 14nm manufacturing process for devices that need that extra boost to productivity performance.

We’re also getting, of course, the first commercially available Intel Xe GPUs which will be integrated into most of the new processors (the specific ones are in the table below). Intel is claiming that these GPUs double the performance of its Gen11 graphics, and provide the best gaming experience on an Ultraportable device.

At the reveal event for Intel Tiger Lake, Intel showed off a couple of demos of the integrated Xe graphics on offer, where it up to doubled the Nvidia MX350 and the AMD Ryzen 7 4800U’s integrated graphics in performance in games like Gears Tactics and DIRT 5.

Finally, Intel Tiger Lake is the first platform to support Thunderbolt 4, which brings much faster speeds than Thunderbolt 3, along with support for USB 4.0.

It remains to be seen whether or not Intel’s performance claims are accurate, but until then, here’s a table of the specs of every chip. We can’t wait to get our hands on laptops with these processors to see just how well they perform.