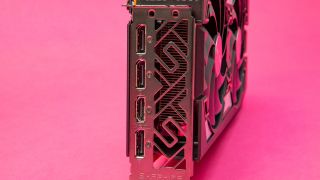 This comes from Frank Azor, Chief Architect of Gaming Solutions & Marketing at AMD, who tweeted lyrics from the song ‘Tomorrow’ from the musical Annie.

So will the sun really come out tomorrow for AMD fans? And what does that mean? Based on the fact that Azor has recently tweeted on the subject of the Big Navi teaser that appeared in Fortnite –

which declared that something

, and possibly soon going by the seemingly planned and staged nature of that event happening last week – it’s certainly a possibility that the next-gen GPUs could be about to be revealed.

Granted, you should take this all with a grain of salt, and we do find it difficult to believe that if the launch is indeed about to occur as soon as tomorrow, that the rumor mill hasn’t picked up anything else about this.

What else is out there?

Still, we have to at least entertain the possibility, and Azor did previously declare that you’ve “got to wonder what else we’ve already put out there that you just haven’t discovered yet…” on the subject of the Fortnite teaser.

So perhaps there is another bigger teaser due to drop tomorrow, and maybe this is what the above tweet is about – not a full launch, but a more extensive hint of some kind.

Big Navi graphics cards – which will

, at least going by the aforementioned teaser – have a lot to do following the launch of Nvidia’s RTX 3000 GPUs, which are

products (at least going by

– we will, of course, reserve full judgement until we’ve put the Ampere GPUs through the paces ourselves).