Next generation storage devices could be implanted into your body 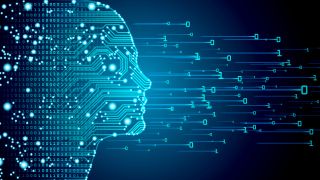 Scientists from China are studying a way to build silk protein-based rewritable optical storage devices that could be implanted into a human body. The resulting storage may look like crystalline discs implanted into bodies of conspirators in the 2008 TV show

. But is such a drive feasible?

The silk protein optical storage device uses thin film solution based on silk fibroin that is spin coated onto a gold or silicon substrate. The silk solution then acts like aluminum layers on typical Blu-rays or DVDs, but while discs are ‘printed’ at a factory, silk protein devices have to ‘written’ in a way that optical discs are burned in a drive.

According to the researchers from China and the US, they have managed to achieve a storage density of about 64 GB per square inch so far, which is much lower when compared to typical 3D NAND. But unlike flash memory and optical discs, silk-protein storage devices could be implanted into a human being without harm and can survive heat, high humidity, gamma radiation, and high magnetic fields.

“Silk protein is a medium that has never been used in storage, which traditionally uses a semiconductor,”  said Tao Hu, one of the authors of the study and a researcher at he Shanghai Institute of Microsystem and Information Technology at the Chinese Academy of Sciences (SIMIT), told the Global Times. “The biological compatibility of the silk drive is good and can be implanted into living organisms, such as the human body, which can be preserved for a long time or even forever.”

It should be noted that at this point the research is rather theoretical. The scientists say that they could use atomic force microscopy to read the written data by recognizing topographic protrusions as 0s and 1s. They also mull using a laser readout technique that would allow to swap traditional binary code for something more advanced to enable higher storage densities. In either case, there are no commercially available reading and writing devices for this kind of ‘hard drives.’ Furthermore, once the disc is implanted, it is impossible to read until it is removed.

The researchers say that they are working on optimizations of silk protein storage for commercial purposes. One of the applications for such drives is a dog tag that can never be lost and which can store loads of various information. Meanwhile, they never said when this can be commercialized.