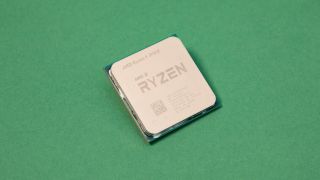 CPU rumored to be imminently bound for shop shelves

, is the subject of the latest leak pertaining to next-gen Zen 3-based processors, with some promisingly speedy results.

The leak aired on Twitter is a CPU-Z screenshot showing the purported 12-core processor with the results of single and multi-threaded tests, which make for some interesting reading.

The 5900X hit a score of 653 in single-threaded and 9,482 points for multi-threaded. That represents a seriously impressive gain of around 20% to 25% in the former department compared to the current (also 12-core) 3900X which this CPU will succeed, and around a 15% increase for multi-threaded.

No further spec details or those all-important clock speeds are provided, so the info we can glean here is limited, and certainly no light is thrown on what kind of IPC (instructions per clock) uplift is provided with the Zen 3 chip.

As ever, we need to treat this with a large dollop of caution, as the leak may not be genuine (one oddity is that the version of CPU-Z shown is one which debuted over a year ago now); and even if it is, there’s a limit to what you can read into a single pre-release benchmark test.

Still, it won’t do anything to dampen the enthusiasm of AMD fans as the Ryzen 5000 launch comes closer. Mind you, even the

name change to the 5000 series

isn’t guaranteed at this point – it wasn’t until recently that we learned the desktop CPUs are supposedly going to skip over the Ryzen 4000 branding (which some mobile chips already use) – but all the recent spillage from the rumor mill is pointing in this direction.

The CPU grapevine believes that AMD’s Zen 3 processors will work some magic to up clock speeds this time round, and this glimpse from CPU-Z does nothing to undermine

The rumors around these chips are coming thick and fast now, as you would expect given that

AMD’s launch is happening on October 8

, just a week away. Only yesterday we saw another leak of the purported Ryzen 5800X, with the AMD 8-core CPU seemingly

Speculation has it that the

from the Zen 3 range to hit the shelves as soon as October 20. Another source claims the 5600X could arrive along with these – which would make sense to offer a more affordable option right from the off – but really, these are all just whispers from the rumor mill and should be regarded as such.