Latest Steam Hardware Survey is great news for AMD – should Intel be worried?

CPUs on a roll 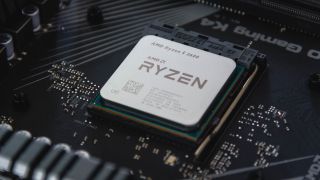 The latest Steam Hardware Survey, which discloses what sort of PCs gamers are using, shows

now have over 25% market share – an important milestone for the company.

While Intel has traditionally dominated CPU sales when it comes to gaming PCs, AMD has been on a hell of a roll with its Zen 2 Ryzen processors. Back in May, the Steam Hardware Survey showed they were in 22.45% of PCs surveyed,

while the results for September,


the latest results just published, show a market share of 25.75%.


this is a 3.3% growth for AMD. Unsurprisingly, Intel’s market share has declined by roughly the same amount – which won’t be welcome news for Team Blue.

But should Intel be worried? In many respects, no, as it still commands a huge lead over AMD, with a 74.24% market share as of September. It’s also worth noting that the Steam Hardware Survey only counts Steam users who agree to take part in the survey, so this doesn’t give us a complete look at the current state of the PC market overall.

, due to Steam’s popularity, it does mean that the sample size is large enough to give us a good idea of current trends among PC gamers at least. Also, the fact that AMD is steadily gaining market share, while Intel loses it, should be a cause for concern – especially now AMD seems to be over the 25% milestone.

With AMD expected to unveil its


processors soon, the company could continue to squeeze Intel when it comes to CPU market share.

Meanwhile, the rest of the Steam Hardware Survey for September holds few surprises. Nvidia continues to dominate the GPU market, with 73.88% (compared to AMD’s 16.29%, which has remained pretty constant all year), and the

remains the most popular GPU.

also remains by far the most popular operating system, installed on 89.08% of PCs surveyed.