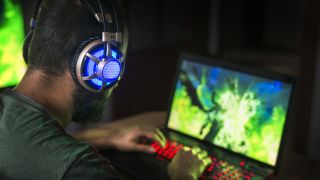 have been spotted in what seems to be some manner of dual-GPU configuration in a benchmark online, which backs up what we’ve heard in the past about how Intel may be looking to differentiate its products.

Hardware leaker Tum_Apisak pointed out the SiSoftware benchmark result on Twitter which shows a system apparently equipped with a pair of Intel Gen12 (Xe) graphics solutions.

That seems the most likely prospect for a couple of reasons. Firstly, the mentioned specs are in line with this idea, with the dual-GPU system offering a total of 192 Execution Units (EUs). As

, which spotted this, points out, that would fit with the discrete DG1 card having 96 EUs, plus a Tiger Lake-U mobile CPU having 96 EUs also (its maximum configuration), to make a total of 192 EUs.

The other point to bear in mind here is that several times in the past, we’ve seen that Intel is planning multi-GPU support whereby a discrete graphics card could

enlist the help of the CPU’s integrated graphics

to add a bit of extra performance (making use of the resources of the latter, which would otherwise be dormant).

Support for AMD and Nvidia GPUs?

Indeed, following the likes of clues in Linux code,

at GDC (in March 2020) about the potential of this kind of multi-GPU scenario, and how it might even apply outside of Intel graphics solutions – meaning an Intel processor with Xe Graphics could lend a hand to an AMD or Nvidia GPU, as well as its own discrete products.

This could be particularly important for the likes of gaming laptops, which are equipped with less powerful discrete GPUs, generally speaking, and therefore could really benefit from the aforementioned helping hand from the integrated graphics on the CPU.

We shouldn’t get too carried away here, though, because we still have no actual hard evidence or confirmation from Intel that this kind of dual-GPU interaction is the chip giant’s intention.

There also remains, of course, the possibility that Intel plans to use its discrete GPUs in tandem, which is something we’ve heard whispers about in the past – specifically that Intel might be able to leverage a solution which properly scales the power of two GPUs combined.