Take that RTX 3070 speculation with a hefty dose of condiments, though 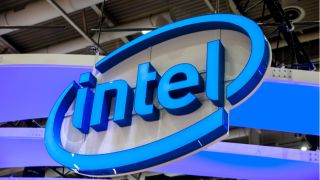 The news came from CEO Bob Swan in an Intel earnings call following its latest financial results, as reported by

: “Our first discrete GPU DG1 is shipping now and will be in systems for multiple OEMs later in Q4. We also powered on our next-generation GPU for client DG2. Based on our Xe high-performance gaming architecture, this product will take our discrete graphics capability up the stack into the enthusiast segment.”

In other words, this is Intel’s heavyweight gaming (Xe-HPG) card, as opposed to a mainstream model, and it’s now in a working state – but obviously with a lot more development to go yet.

The DG1 card, which as mentioned is shipping now, was

first powered on in this manner back in October 2019

, to give you some context. So we could be seeing DG2 at this stage next year, possibly.

Of course, the other big news is that DG1 will be in products on shelves later in 2020. Known as Intel Iris Xe Max, this is a discrete graphics card for laptops, and we’ve already seen it announced by some manufacturers – for example,

will come with a Tiger Lake mobile CPU and Iris Xe Max graphics.

Needless to say, we can’t wait to see how that GPU performs in notebooks, but more eyes are likely to be on DG2, and how that might disrupt Nvidia and AMD’s duopoly when it comes to discrete graphics cards for PC gaming, hopefully

as has been previously rumored.

It would seem that Intel is already providing some idea of specs for Xe-HPG cards, given that the DG2 GPU recently popped up in system requirements (on

) for horror game Amnesia: Rebirth as one of the recommended graphics solutions. So hopefully that’s a good sign when it comes to the development timeframe for Intel’s DG2 card.

, which spotted Swan’s announcement, points out that elsewhere on the GPU grapevine, leaker

has claimed on YouTube that DG2 could be pitched at around the same performance level as an RTX 3070 – but take that with a massive fistful of salt or two.

What we do know for sure is that DG2 will support hardware accelerated ray tracing, and that it won’t be built by Intel itself, but by a third-party fab.