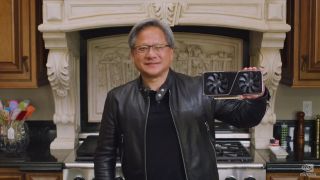 graphics card could have better stock levels when it launches than the RTX 3080 or 3090, or that’s the latest claim from the rumor mill.

reports that the word from retailers over in Asia is that there will be a ‘considerably larger’ amount of GPUs supplied to shops as part of the initial batch of cards.

That’s according to multiple retailers in Tokyo, but obviously – as with any rumor – we have to be very careful about taking that speculation at face value. Naturally, this report is about the Asian-Pacific market, but if supply is beefed up there, you would hope it would be in other major markets, too.

That said, the previous buzz on the grapevine regarding stock levels of the RTX 3070 indicates that they could be shaky, at least according to a European retailer (albeit that’s just a single source,

We should treat both these conflicting rumors with equal caution, really, and only time will tell when the launch kicks off next week on October 29 whether initial inventory levels of the RTX 3070 will indeed be improved compared to the previous Ampere launches.

Fingers crossed that this is the case, though, and it does make some sense that the stock picture should be improved considering that

Nvidia specifically delayed the launch by a fortnight

to ensure that supply of the GPUs was more plentiful.

Although if the situation is only slightly improved, stock is still going to sell out in a flash no doubt. Nvidia needs to do a lot better to ensure a smooth launch, and that’s obviously where the doubt comes in – particularly given

Nvidia may have plans for an RTX 3070 Super

(or indeed a similar spin on the RTX 3080, which was also rumored in the past).