The battle between industry titans continues 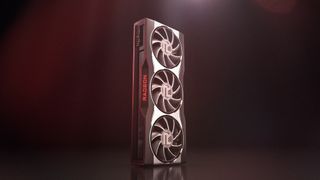 AMD has been making some fairly

, showing no fear at the release of Nvidia’s latest generation of graphics cards. With new leaks teasing some monstrous GPU clocks on the Navi 21 XT that will power the Radeon RX 6800 XT graphics card, it may not actually be all talk.

New information is coming from Patrick Schur, who reports that the custom Asus ROG Strix Radeon RX 6800 XT has been tested in 3DMark 11 with GPU clocks breaching 2.5GHz.

The information is based on engineering board samples, so final clocks may vary, but it’s interesting just how far you may be able to push AMD’s

GPUs. In an update to his original post, Schur claimed that the ROG Strix Radeon RX 6800 XT was running at clock speeds higher than 2.3 GHz most of the time, though we’re sure that with some customizations to fan speeds we’ll see a stable 2.4 – 2.5GHz.

One issue we see here is that these tests on the Radeon RX 6800 XT are apparently using early drivers, so we’ll hopefully see steadier (and higher) GPU clock speeds once the cards are released into the wild.

When AMD finally unveils its new graphics cards, we’ll be thoroughly testing them to see just how good they are when we get our hands on them