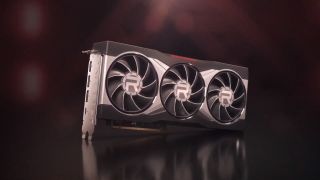 AMD has shared some fresh benchmarks for its incoming

, and they’ll likely have Nvidia worrying even more about the RX 6000 series.

The new benchmarks shared on

It should be noted that AMD Smart Access Memory was enabled, a technology which allows RX 6000 GPUs to work in tandem with Ryzen 5000 CPUs for a performance boost. So that’s a slight extra edge over Nvidia which those folks who haven’t upgraded to Ryzen 5000 won’t have.

The benchmarks themselves are seriously impressive for AMD, particularly at 1440p resolution, and of course 4K resolution remains a very niche proposition anyway (in fact, the vast majority still game at 1080p going by the Steam hardware survey).

in every game, except for two: Wolfenstein Youngblood, where the 3090 is champ, and Doom Eternal which is pretty much a dead heat.

, apparently, because performance levels are about on par, as we observed in our

As for the 4K benchmarks, the RX 6900 XT beat the RTX 3090 in five of the benchmarks, meaning that Nvidia won the other five – it was effectively a draw.

So, worrying stuff for Nvidia? It would seem so, although we must bear in mind that these are internal AMD benchmarks, so a bit of cherry-picking could be going on (and as we’ve already mentioned, Smart Access Memory tech is also being used to give the RX 6000 cards an upper hand).

The other point of concern for Nvidia right now must be its failure to get anything like a sufficient number of RTX 3000 graphics cards out there, a situation which

AMD has already hinted that

inventory levels of RX 6000 graphics cards will be better

than Nvidia managed, but then again, we have recently heard rumblings on the grapevine that

Big Navi could have its own stock issues

Nvidia can also take comfort in the fact that AMD isn’t talking about ray tracing, although purportedly work is underway at AMD on a similar tech to

to help with frame rates when it comes to turning on all the ray-traced bells and whistles.