Nvidia RTX 3060 Ti GPU could be unleashed on November 17

But if the rumor is true, what will stock levels be like this time round? 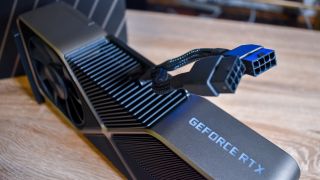 Nvidia’s GeForce RTX 3060 Ti, which is supposedly the next GPU to arrive in the

range, could be launched in less than three weeks’ time on November 17, going by the latest speculation.

) along with the suggestion that according to third-party graphics card manufacturers, stock levels of the 3060 Ti will be similar to that witnessed with the RTX 3070 that just hit the shelves – in other words, it’ll be very thin on the ground.

failed to meet demand by some margin

. That said, treat this speculation with a great deal of caution, and indeed this purported launch date.

It is, however, true that the November 17 date more or less falls in line with what we’ve heard from the grapevine previously, after Chinese retailers put the RTX 3060 Ti up for pre-order, and a

As mentioned, the recently launched

GPU failed to provide sufficient inventory to retailers and sold out very swiftly, just like the RTX 3080 and 3090 before it. That wasn’t entirely unexpected, but hopes were up that the 3070 would fare better given that

Nvidia delayed release by a fortnight

If you were wondering where the vanilla RTX 3060 is, this current rumor notes that there is no clear release timeframe yet, but that it will arrive at a later date, which is pretty much what we’ve heard previously (it’ll be based on a different GPU to the 3060 Ti).