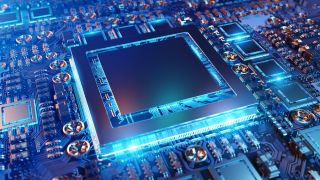 For anyone doubting the existence of the rumored Nvidia GeForce RTX 3060 Ti, a series of new images have appeared online that pretty conclusively confirm that a more affordable Ampere GPU is coming.

, images that apparently show a Gigabyte Eagle OC RTX 3060 Ti have been posted – and they look rather convincing.

According to the images, the RTX 3060 Ti – or at least Gigabyte’s version of it – is a rather compact GPU, making it potentially a good choice for people building small formfactor gaming PCs.

The GPU also has a dual-fan cooler, and as with other Gigabyte Eagle OC GPUs, it looks like this model will come with a factory overclock, possibly giving it a performance edge over non-overclocked models.

The Gigabyte Eagle OC Nvidia RTX 3060 Ti looks set to sport a single eight-pin power connector port too, so you won’t need any fancy adaptors to hook it up to your PSU. This also suggests that its TDP will be around the 200W mark.

We were expecting it to arrive soon, but it now seems that

it has been delayed until December 2

. Still, that’s not too far away, so if there is indeed an RTX 3060 Ti – and it’s looking increasingly likely that there is – then we won’t have too long to wait to see what kind of performance we can expect from it.