SAM for all – with caveats 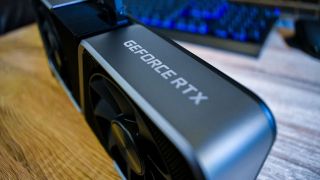 SAM facilitates the CPU having full access to GPU memory, lifting certain memory constraints and giving considerable performance gains (up to 10% in some games).

Right now, SAM only works with

processors (and a 500-series motherboard), so only a niche set of gamers who have forked out for these latest products (and

have been lucky enough to get an RX 6000 GPU

However, in an interview with

, AMD has made it clear that its GPU division is working with Intel, so SAM will be available to those with an RX 6000 graphics card and an Intel CPU (and motherboard).

The same goes for AMD’s CPU division, which is working with Nvidia to ensure that SAM will also benefit those with Ryzen processors and GeForce GPUs. It probably didn’t escape your attention that

, as SAM works by tweaking PCIe’s resizable BAR (base address register), so there’s no reason it can’t work on non-AMD hardware.

Naturally, this latest announcement is clearly good news, because there was speculation that AMD might try to keep SAM as an exclusive benefit for those with an all-AMD setup, rather than working with rivals to bring it to a wider audience.

Not just flicking a switch

The caveats are that it’s far from clear how long it might take to bring support over to Intel and Nvidia hardware, but AMD did stress that a good deal of development and honing would be necessary to get a sizeable performance boost, and that it wasn’t simply a matter of flicking a switch (unsurprisingly).

Exactly which non-AMD hardware will be supported is another question mark, although it seems like it will require an Ampere GPU on the Nvidia front. Furthermore, as we already know, getting SAM running even on compatible cutting-edge AMD hardware is far from straightforward for the user (involving a fair bit of messing around in the BIOS, which not everyone will be comfortable with, as we note in our

We’ll just have to see how things progress, but when it comes to getting SAM working outside of all-AMD PCs, we’re betting that won’t be happening any time soon.