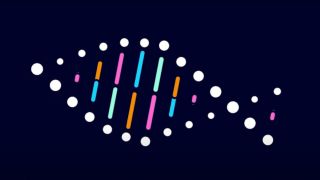 
media such as tape obsolete.

It reads like a kitchen recipe, referring to a dried product formed by “drying a salt solution together with artificially synthesized DNA molecules encoding digital information”. Apparently, the cations and anions at play do not influence the result of the process.

Drying the DNA with salt prevents it from degrading too fast; Microsoft researchers found that removing liquid reduces the rate of degradation by nearly 70% compared with untreated DNA. Likewise, the dry product formed from DNA and a salt have a far higher DNA density, by almost one third.

DNA storage with salt seems to be an exciting (albeit far-fetched) candidate for long-term, high-density storage for archival purposes. Unsurprisingly, the patent is coy about timeframes and storage capacities, which is understandable given how far we are from getting a product.

The news comes a few days after Microsoft announced it has joined forces with Western Digital, the world’s largest storage company, and a few others to launch the


. The initiative aims to standardize and promote the adoption of a potential future DNA-based storage system.