The sooner a fresh competitor for Ryzen 5000 chips gets here, the better… 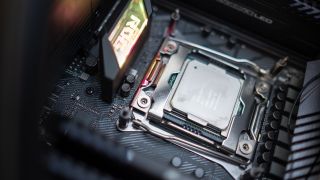 processors are going to arrive in March 2021, according to the latest chatter from the rumor mill.

We already knew that Rocket Lake chips are planned to debut in early 2021, as

Intel has already told us

has chimed in with a claim that these CPUs will arrive in March. This backs up a

recent rumor, plus a leaked roadmap

, both of which pointed to March as a launch date.

Wccftech talks about ‘confirmation’ of a March arrival, which means a supposed confirmation from an inside source (presumably), but obviously nothing is actually confirmed at this point, and even if Intel has this schedule in mind – big helping of salt, naturally – there’s no telling if things might slip (remember how

All that said, there have now been several rumors floating around claiming this, as mentioned, and March 2021 does seem about right, perhaps following a CES reveal in January. Certainly Intel needs to get Rocket Lake out in a timely manner, so

chips don’t gain too much ground (particularly seeing as Ryzen is already dominating the desktop CPU market as it is).

Wccftech also notes that Rocket Lake processors will be backwards compatible with Z490 motherboards, and will support PCIe 4.0, all of which we already knew (

, and Z490 boards with support built-in ready for the future – ie Rocket Lake – were spotted much earlier this year). Support will likely be enabled via a BIOS update on these boards when Rocket Lake lands.

Excitement around Rocket Lake has been somewhat dampened because it’s still built on 14nm, and it backtracks from 10-cores with Comet Lake to an 8-core flagship.

However, on the positive front, Rocket Lake does finally move on to a new architecture, in the form of  Cypress Cove, with which

double digit IPC (instructions per clock) improvements, on top of

(possibly up to 5.5GHz). The combination of which, as other leaks have suggested, could mean that

the fight with AMD isn’t over yet