PC gaming has a reputation for being really expensive to get into. It’s easy to scrounge the internet, finding examples of extremely high-end systems that can cost thousands of dollars to build. But, there’s more to the best gaming PCs than what the 1% can afford.

To prove that point, we’ll show you how to build a cheap gaming PC that doesn’t, well, suck. The system we’ll walk you through here won’t be able to play Control at 4K with ray tracing maxed out, but 1080p at high settings? Easy.

If you’re building a system out of new parts, you’re not going to be able to beat the Xbox One X at the same price point. 4K gaming is pretty much out of the question until you get to the mid-range. You can get around this by picking up used parts, but that’s not something we’d recommend if you’re afraid of your PC components spontaneously combusting.

But, the other benefits that a gaming PC can offer more than make up for the higher price tag. And, even if PC gaming has a higher entry price, you’ll still save a ton of money over time on PC games.

So, if you’re ready to build a cheap gaming PC that can still handle modern AAA games at 1080p, you’ve come to the right place. We’ve picked out the best PC components that you can get for cheap, and we’ve already got a guide to building a PC that is still totally valid – PC building really hasn’t changed much in a few years. We’ve been building PCs for years, so you can be sure you won’t run into any compatibility issues with our suggested builds.

Despite what you may have thought, you don’t need too much in the way of tools to build a cheap gaming PC. A phillips head screwdriver is the only absolutely necessary tool. However, there are a couple things that can help  you out. Because you’ll be dealing with a lot of screws, having a parts tray helps a lot. If you don’t have one of those lying around (who can blame you), you can just use a couple bowls to keep things sorted.

Also, you have to be on the lookout for static electricity. An anti-static wristband is a godsend if you have one, but if you don’t, just make sure you’re not standing on carpet when building, and discharge any latent static electricity by touching some metal, like your power supply or PC case.

Most importantly, however, you need a clean space to build. If you can clear off the dining room table for a couple hours, that’s perfect. You just need enough space to hold all of your PC components.

There are so many PC components out there these days that you could theoretically build dozens of PCs without having the same parts list. Luckily, we follow PC components literally every day, so we used our expertise to pick out the best bang-for-your-buck PC components for this cheap gaming PC, and why those parts are the best choices for a budget PC build in 2020. And, once you’ve gathered up all the best PC components that don’t suck we’ll show you how to build a PC. 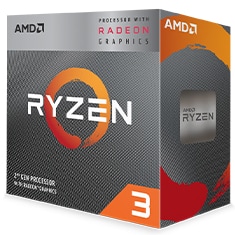 This AMD Ryzen processor (CPU) is the holy grail of budget PC components. It’s a quad-core chip with a boost clock of 4.0GHz, which would be enough to get some PC gaming done on its own. Where this chip really gains its budget bragging rights, however, is in the on-board Radeon Vega 8 graphics. This integrated graphics processor (GPU) isn’t powerful enough to play top-end games, but it should be enough to try some of the best indie games while saving up for a beefy graphics.

Check out our partner’s video from the guys and girls at D1DLC all about Gaming Without a Graphics Card? – YouTube

Intel alternative: we’d suggest the Pentium G4560. It’s only a dual-core chip, but with high clock speeds and hyper-threading it can keep up with the latest PC games. 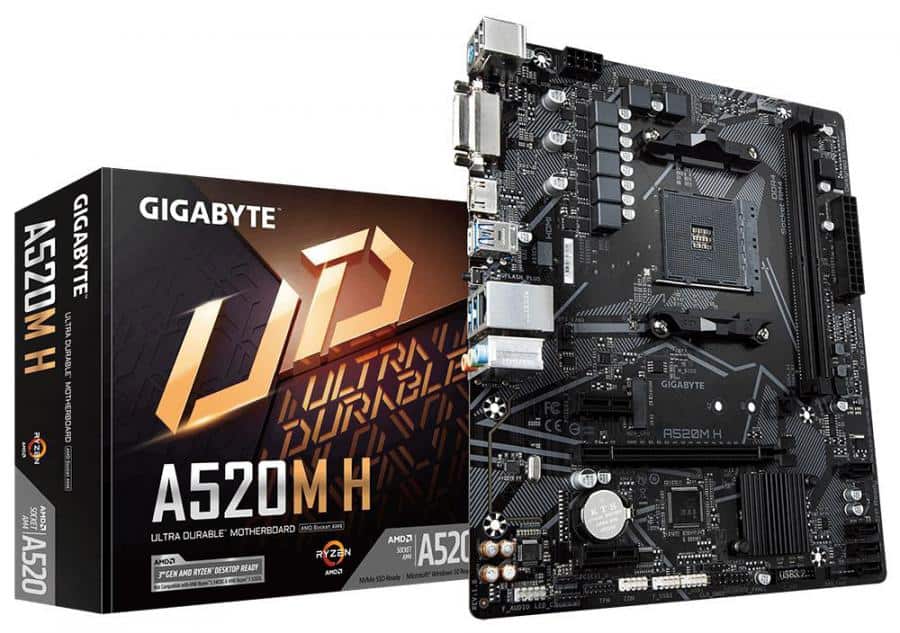 When you’re picking out a motherboard, you don’t want to skimp too much. It’s one of those components where if something goes wrong, you have to rebuild the entire PC. The Gigabyte A520M H will get the job done, while saving you plenty of cash. It’s not the most feature-rich motherboard out there, but you’re just looking for a dependable board. It is also current generation, so you know at least it will play nice with the latest AMD chips, the Ryzen 5000 series processors. We’ll update the BIOS for you if we build it for you so it is compatible with Ryzen 5000.

Intel alternative: if you’re going with Team Blue, you can save quite a bit on the motherboard by going with the ASUS PRIME H410M-A motherboard. It’s still a new chipset, so you can stretch the longevity as far as possible. 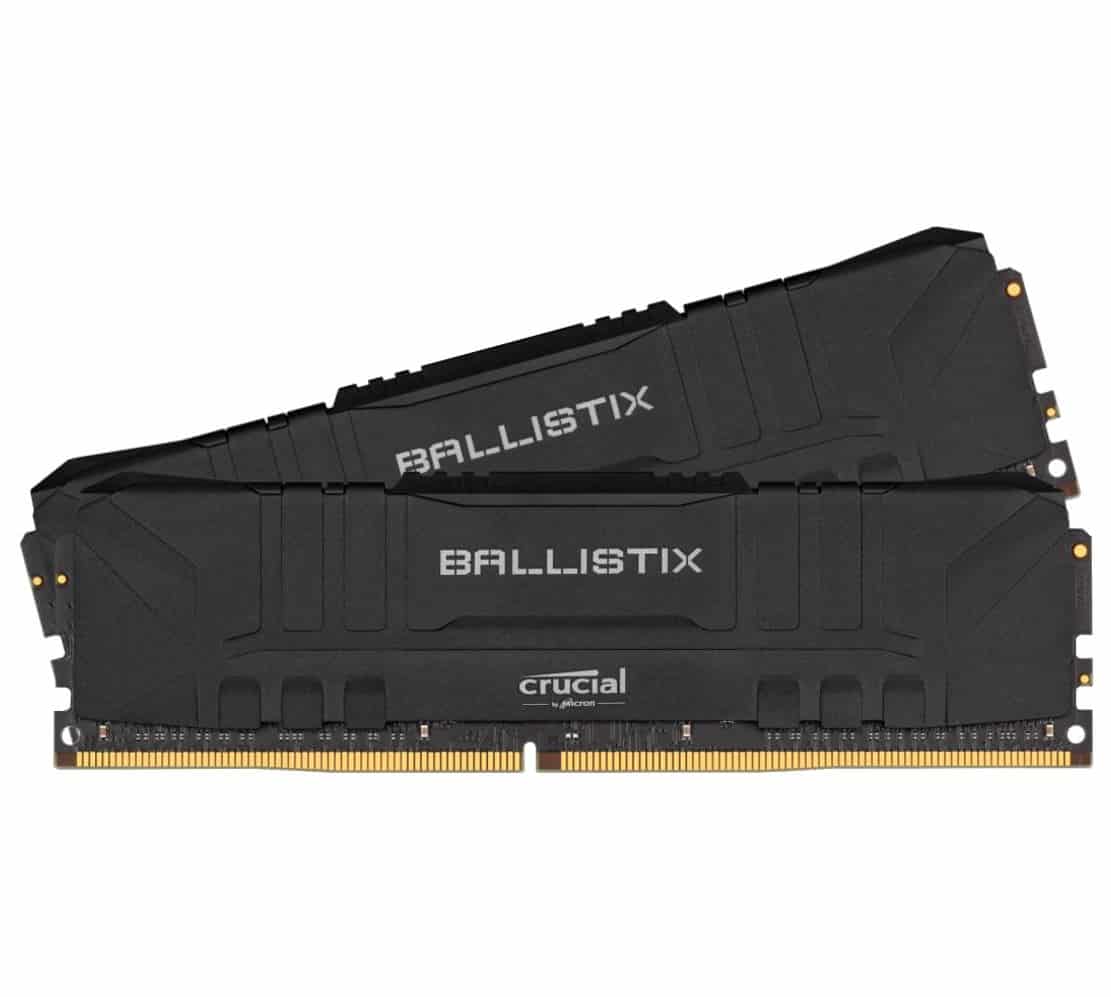 For budget gamers, sticking with 8GB of memory (RAM) is reasonable. There are some heavy duty games that will really start to push past that limit, but those are few and far between – especially at 1080p. So, we recommend picking up an 8GB kit of Crucial Ballistix 8GB (2x4GB) Kit of 2400Mhz DDR4. It’s not the fastest, but it gets the job done and is super-reliable. I mean, at the time of writing this, we’ve never had a single stick fail to this day in all the PC’s we sell. 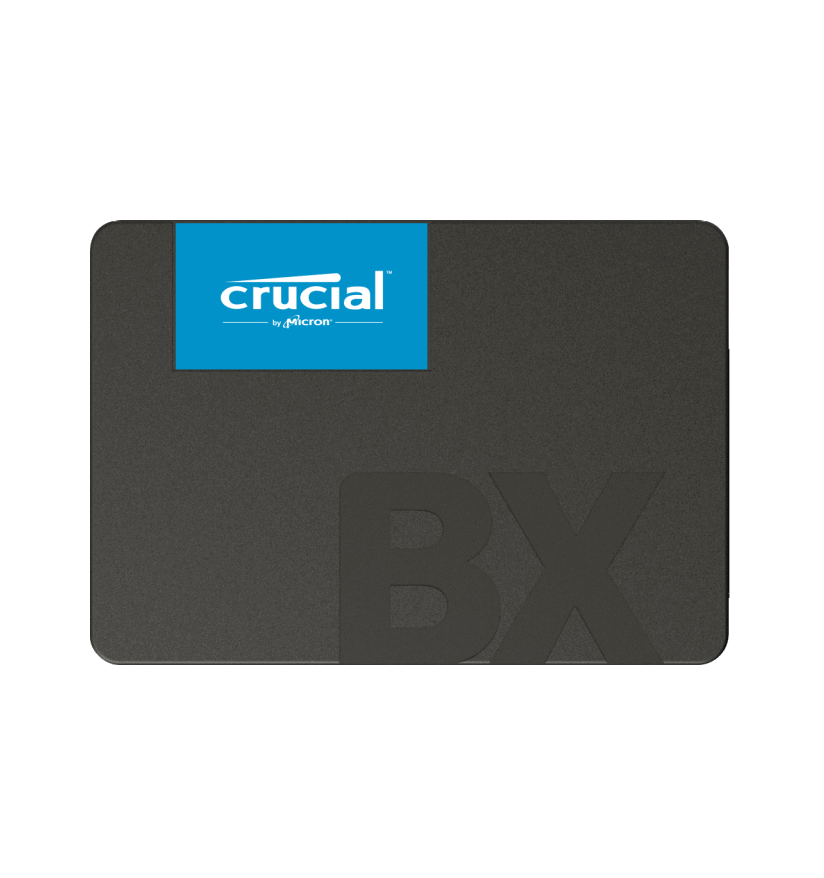 A 120GB SSD may sound small to you, and it is, but when you’re just trying to get an affordable PC build done, it’s perfect. The 120GB (540MB/500MB R/W) Crucial BX500 2.5″ SATA III SSD is big enough to fit your operating system on, which means your computer will be nice and fast, and more importantly, it’s dirt-cheap. This drive is just $36 AUD. 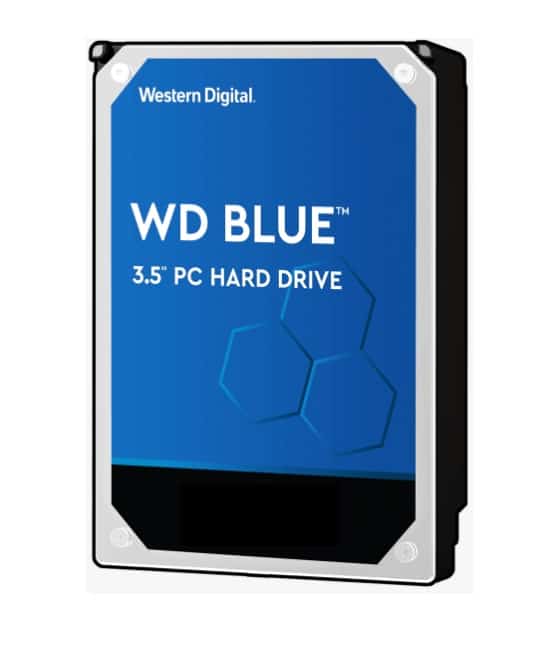 Unfortunately, SSDs are so much more expensive than the best hard drives when it comes to mass storage – that’s just a fact of life. That’s why picking up a 1TB hard drive, like the WD Caviar Blue, just makes sense for a cheap gaming PC. You’ll install your OS and maybe like one game on your SSD, and everything else can just go on your hard drive. 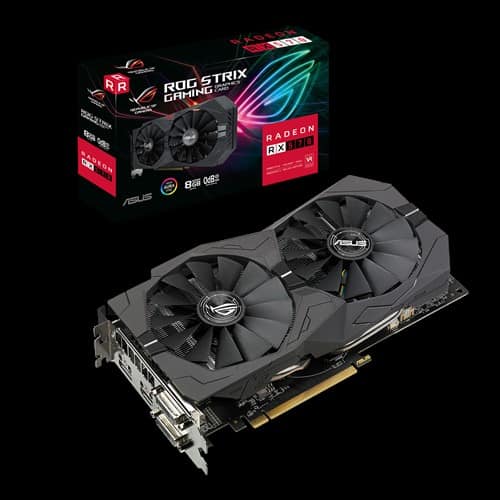 When you’re shopping for the best graphics card for your build, the most important advice we can give you is to consider what you’re going for. A lot of people will tell you that the Nvidia GeForce RTX 3090 is the best graphics card out there, but not everyone has $3,000 AUD to throw at a GPU. That’s why the AMD Radeon RX 570 8GB is such a gem. It’s extremely affordable, and should be good enough to handle most games at 1080p at high settings.

Nvidia alternative: If you’re looking for an affordable Nvidia card that trades blows with the AMD Radeon RX 570, you’ll want to take a look at the GeForce GTX 1650. It’s not super powerful, but it will get you through your 1080p gaming. 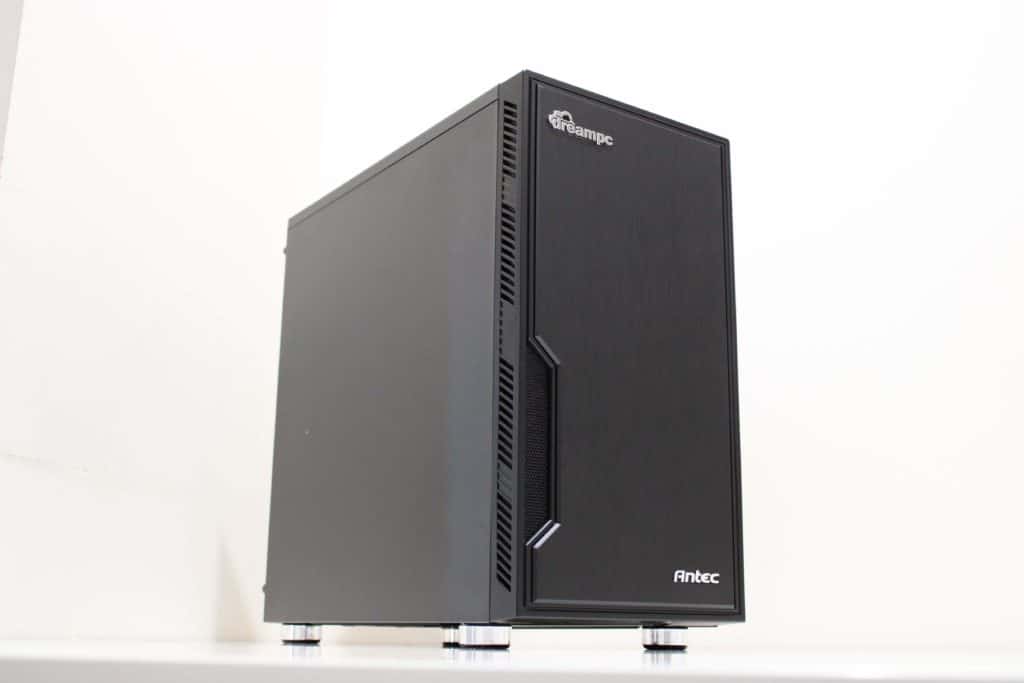 With a PC case, you really don’t need the most badass tower to get the job done. And, the Antek VSK 10 is a perfect example of a cheap PC case that doesn’t suck. It doesn’t have all the RGB lights and tempered glass panels that a more expensive case might, but what matters is that there’s plenty of room for case fans, and more than enough space for full length graphics cards if you want to upgrade later. It even keeps things tidy with a PSU shroud and decent cable management. 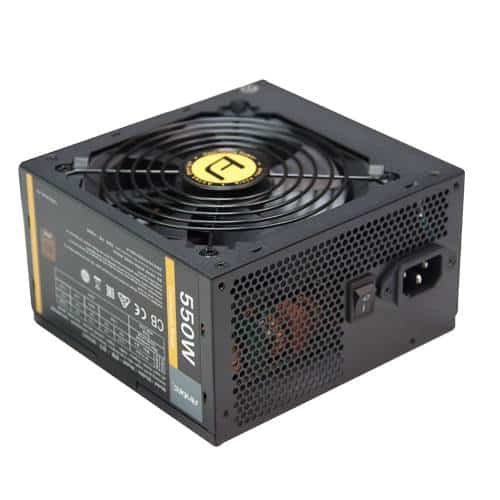 When you’re setting out to build a cheap gaming PC that doesn’t suck, it’s easy to find the cheapest power supply and toss it into your PC. But, because that could literally present a fire hazard, you should at least find something like the Antec NeoECO NE550C – 550W 80+ Power Supply. This budget power supply has a Bronze 80+ efficiency rating, and it is cheaper than a lot of non-rated more expensive PSUs. It is good enough to get the job done and safely. Just keep in mind that this power supply isn’t modular, so you might have to find some creative ways to hide the extra cables. Or when we build it for you, we’ll do that, of course.