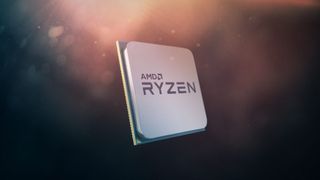 , which are expected to be

revealed soon at CES in January 2021

, have been the subject of plenty of leakage lately – and the latest spillage pretty much seems to detail the entire launch range (or that’s the theory).

spotted, hardware leaker @momomo_us has found a bunch of pre-release retailer listings for Ryzen 5000-toting laptops from Asus and Lenovo, which have been posted on Twitter.

Variants of Ryzen 5000H processors (high-performance models) and 5000U (low-power more efficient CPUs) have been spotted in those notebooks, led by the Ryzen 9 5900HX that we saw pop up in a leak very recently –

Here’s a full list of the CPUs (or APUs as AMD calls them) which have been spotted thus far, and their purported specifications – although remember, large handfuls of salt to hand, particularly when it comes to the specs.

Note that rather confusingly, AMD has apparently made the decision to base some Ryzen 5000 silicon on the new Zen 3 architecture (‘Cezanne’ models), whereas some will remain based on Zen 2 (‘Lucienne’ models), and will therefore not benefit from the performance boost provided by the architectural uplift in IPC (instructions per clock) with Zen 3.

At any rate, here are those supposed specs in full:

The supposed flagship Ryzen 9 5900HX is the fastest mobile chip here, boosting up to 4.6GHz according to this leak (and others besides), which is 200MHz faster than the current-gen Ryzen 4000 flagship. It will also benefit from that architectural performance uplift, and more L3 cache on-board (double the amount at 16MB), according to the rumor mill.

In short, it’s extremely promising, and going by an early leak it is

– not even counting the possibility that owners will be able to overclock this CPU, as already mentioned.

showed the Ryzen 7 5800U beating its predecessor (4800U) by quite a way in single-core performance (close to 40%, an eye-opening purported result).

Excitement is clearly building for what AMD might bring to laptop performance with Ryzen 5000, and the further good news is that seemingly

, to make for what should be some hugely impressive next-gen gaming laptops.

All of this could be bad news for

, which have only recently hit the scene and are attempting to hold their own against Ryzen 4000 notebook chips. Stronger mobile CPU competition is not what Intel needs right now, that’s for sure, as it is imperative that the company holds onto its lead in laptop market share – but it’s already losing some ground to AMD’s surging challenge in recent times.