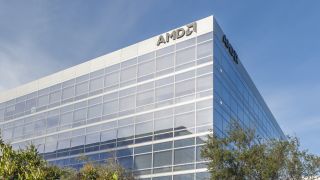 Just a few days ago we reported that

But it now appears it’s had a change of heart, with Scott Herkelman, the CVP and GM of AMD Radeon, confirming that “we’ve just officially extended the reference design builds indefinitely due to popular demand”.

Herkelman was responding to a question on twitter (you can see the exchange below), and it will now continue to sell its own reference design of its Big Navi graphics cards beyond 2021.

This is a welcome bit of news, as many of us were concerned by AMD’s original decision to stop selling its reference design RX 6000 GPUs in early 2021, with AMD confirming to our sister site PC Gamer that

it would stop producing its triple-fan ‘Big Navi’ cooler

It’s clear that AMD has been persuaded by the popularity of its new cards and the negative reaction to news that the reference designs were being so quickly discontinued – and this is a good move in our view.

The new AMD Radeon RX 6000 series graphics cards, like the

, have proved to be incredibly popular, and sold out moments after launching. The fact that AMD will continue to make its own reference cards, alongside third party makers such as Asus and MSI, means there will hopefully be more stock, and more choice, for consumers who want to get these new cards.