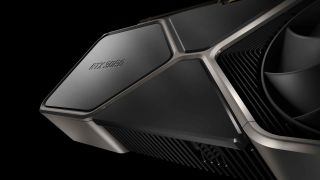 More evidence has turned up of Nvidia’s purported RTX 3080 Ti, which has been

much rumored of late

, and an RTX 3050 – along with more supposed graphics cards which could be close to release.

This comes courtesy of the AIDA64 benchmarking tool, which has been the source of a good number of graphics cards

in the past, with this latest one – and it’s a biggie – being surfaced by Komachi_Ensaka on Twitter.

As highlighted above, the latest beta release of AIDA64 contains new GPU info for the RTX 3080 Ti, the vanilla RTX 3060 – which is certainly expected to follow the

– and the RTX 3050 (the low-end Ampere card which has also been the subject of previous leaks).

a new driver release from HP

, which indicates that it could appear soon, and indeed we’ve heard previous buzz on the grapevine that

this GPU could launch in January 2021

– complete with a hefty helping of 20GB of VRAM. Its appearance in AIDA64 now is another heavy hint that it could be just around the corner.

The RTX 3050 is the other main talking point here when it comes to the desktop, and as previous speculation held, it’ll apparently be built around the GA107, a step down from the GA106 which will supposedly power the RTX 3060 as per this leak, though the

, going by a previous rumor (but that potential card is notable by its absence here).

The theory is that Nvidia is going all-RTX with Ampere, so in other words, not having any GTX models which don’t support hardware accelerated ray tracing.

This hefty leak also contained details of what could be Nvidia’s laptop graphics cards for the RTX 3000 generation. Apparently these are the RTX 3070 and RTX 3060 Mobile, built on the GA104M and GA106M GPUs respectively, with the ‘M’ theoretically standing for ‘Mobile’ – and possibly indicating that these will be different to the desktop cards (in other words, they will have a lesser core spec). That’s just speculation, though, and keep plenty of salt handy for that one – and this entire leak, for that matter.

, so next month could be pretty busy for the company in terms of product releases – although serious stock problems still persist (although that didn’t stop the recent launch of the RTX 3060 Ti – and very limited availability of an Nvidia GPU upon release, once again).