It could be a smart idea to buy now, rather than wait, as supply issues threaten panel production 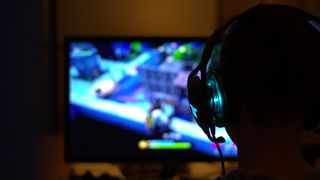 Monitor prices may soon be on the rise, or at least there’s potential for that happening, with existing LCD panel shortages likely to worsen thanks to a couple of recent unfortunate events.

points out, include an earthquake in Taiwan and a power outage in Japan, both of which are going to prove disruptive for the display supply chain.

The earthquake was problematic for AU Optronics, a prolific producer of LCDs and a name you’ll often see mentioned in conjunction with monitor panels. It took out some of the firm’s assembly lines for a period of time, resulting in lost production as per a

report (with word coming from the chairman of AU Optronics, Paul Peng).

Output is back to normal now, but the impact from those supply losses will be felt in conjunction with the event in Japan. That was a power outage in Takatsuki which affected a Nippon Electric Glass (NEG) production facility that makes glass substrates for flat panel displays.

As Tom’s notes, it was a considerable five-hour-long downtime which damaged some of NEG’s production lines, and obviously reduced output.

NEG’s production comprises of around 10% of the world’s glass substrate manufacturing, and it supplies the makers of various LCD panels, so the issues with glass substrates will have a knock-on effect in the monitor supply chain.

According to Peng, the chairman of AU Optronics, it may take NEG a few months before it gets back to a normal level of output, so we could be talking about supply problems going on for some time in the near future. Note that NEG hasn’t confirmed any of this, mind you.

AU Optronics does use NEG, but apparently not as its primary supplier.

At any rate, you can see where the chatter about potential price rises in the monitor world is coming from, particularly because as we mentioned at the outset, there are already existing issues around the supply of other components for displays like T-con (timing controller) boards.

As we know, such supply and demand wrangles can ultimately lead to rising prices for consumers, so if you’re looking to pull the trigger on a monitor, it might be wise not to wait – and perhaps

in the New Year.