But you won’t be able to buy them just yet 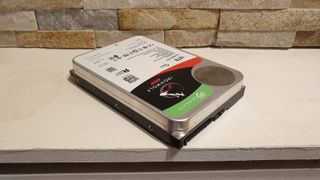 Seagate has exclusively confirmed to

that it has started to ship 20TB

, but don’t rush out to buy one just yet, because they are not currently available to consumers.

The drive, which sports the largest HDD capacity to date, is likely to be part of the Exos family as

we revealed back in August 2020

, despite the fact that this SKU is still conspicuously absent from the Seagate website.

A spokesperson for the company told us that Seagate is “shipping these drives on a limited basis in our Electronic Data Systems (EDS) products and to select datacenter customers, as we continue collecting production and field data”.

Future of HDD in jeopardy

But it could well be too little too late. The arrival of PLC (the successor of QLC) in the

market, combined with a resurgent tape industry means that the venerable hard disk drive finds itself sandwiched between two very aggressive rivals both wanting to eat away at  its market share.

And while disk drive capacities are increasing, they can’t match the exponential growth seen in competing media. The largest SSD right now is a 100TB model from Nimbus Data, while a prototype of a 580TB tape was unveiled only a few days ago.