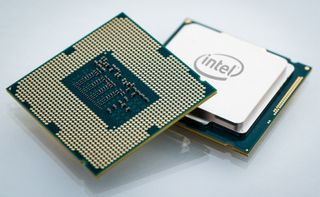 Intel’s Core i9-11900K, the incoming Rocket Lake flagship CPU, has been spotted in a series of leaked benchmark tests.

, this is still a sample chip (as with all leaks, of course), and it’s not clear what kind of engineering sample the purported Core i9-11900K is – although this near to release (Rocket Lake is rumored to debut in March), it could well be very close to the final product.

Assuming the leak is genuine – naturally, exercise plenty of caution around rumors, as always – the details provide a load of benchmarks, coming from a Chinese source, ‘ChaoWanKe’ on YouTube.

The spec of this 11900K processor shows it having 8-cores (as per previous speculation, it’s believed Intel is reducing the flagship core count from 10 to 8 for this next generation), and running with a boost clock of up to 5.3GHz maximum. That boost is the same as the existing 10900K, although rumors have previously hinted that

(and that could still happen – remember this is just an engineering sample CPU).

In terms of single-core performance, that shows a healthy increase above the Core i9-10900KF scores provided for reference, with the incoming Rocket Lake flagship being around 25% faster in CPU-Z, and 19% quicker in Cinebench R20.

On the other hand, multi-core performance sees the Comet Lake flagship remaining dominant, which is unsurprising considering it has a pair of extra cores to work with for those benchmarks.

Similarly, the AMD chip provided for perspective here – the 5900X, which is a 12-core processor, so not exactly a fair comparison – completely blows away the 11900K in multi-core, but again that’s hardly a surprise with four more cores for AMD.

In single-core, Intel’s Core i9-11900K is just over 5% faster than the 5900X, although Cinebench R20 is pretty much a dead heat here (the Intel chip is only a single percentage point faster).

We obviously need to be very careful about taking these results as anything like concrete, though, and that’s certainly the case with the gaming benchmarks which are provided here as well. These can be pretty much disregarded because, as VideoCardz observes, the GPU is locked to PCIe x16 1.1, and not using PCIe 3.0 in the testing.

Still, this is another interesting glimpse into the

, coming on top of several

is expected to reveal its next-gen desktop CPUs

at CES 2021 which is just around the corner, but as mentioned they won’t actually be on shelves

until March going by the latest from the rumor mill