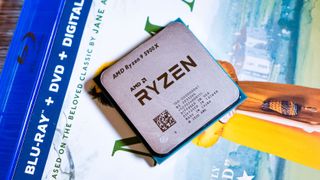 AMD’s Ryzen 9 5900 and Ryzen 7 5800 are purportedly waiting in the wings, and rumored specs of these processors have been shared – although the chips will apparently only be sold to PC system builders.

The CPUs have been rumored before, and now one of Twitter’s regular hardware leakers, @momomo_us, has tweeted some details of the processors which as ever must be treated with a healthy amount of caution.

observes, this chip could have a base clock speed of 3GHz with boost running up to 4.7GHz, but that’s where a hefty pinch of salt needs to come in (in terms of whether this is the final spec, even if the leak is genuine).

The vanilla 5900 will supposedly have a TDP of 65W, which is considerably leaner than the 105W TDP of the existing 5900X (so clock speeds would be slower as a result – the latter has a base clock of 3.7GHz for comparison, and boost to 4.8GHz).

In short, performance should be fairly close to the existing 5900X and 5800X, although not quite there – the benefits being less power consumption, and of course a cheaper asking price. As a result, this pair of

could represent a tempting prospect in terms of value proposition.

However, remember that the rumor mill contends that these chips are just going to be supplied to system builders, so consumers won’t be able to buy them off the shelves. You will only be able to get hold of one of these pieces of silicon as part of a prebuilt PC.

Of course, some of the

which are already out there are still difficult to buy, anyway – even though they’re available for standalone purchase in theory – simply due to stock issues. Although

some of those inventory problems are easing

, at least going by the latest we’ve heard from one major European retailer.