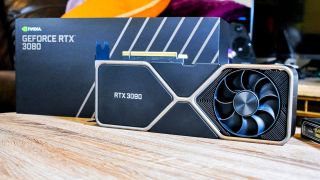 Getting your hands on the latest

graphics cards is proving to be almost impossible for many folks, as low stock and high demand have resulted in some sites relying on

to fairly distribute the GPUs.

No announcement was made to explain the Ampered-powered GPUs being delisted from the Nvidia website, though the current speculation is that the removal is due to the extremely limited supply, and that they could return when stock quantity has increased.


Nvidia doesn’t sell the GPUs directly via its website in all EU countries, with some regions directing the sales to trusted third-party vendors. The Founders Edition cards are no longer listed on any other European website, with external links instead being provided in its place. Currently, only the Polish Nvidia site still lists an RTX 3090 Founders Edition, but this is marked as ‘sold out’.


A large selling point of the Founders Edition RTX graphics cards is the lower MSRP (or manufacturers recommended selling price), with Nvidia listing the GPUs for sale on its own site at the prices announced at launch.

Many third-party retailers can increase the price as they see fit (which during stock shortages can get pretty eye-watering), and manufacturers creating their own reference cards based on the ampere hardware can set their own prices.

The Founders Edition cards have been removed from the UK Nvidia website, as well as many other European site locations.

With the Founders Edition cards no longer being available directly through Nvidia, European customers will have to pay more to experience the latest ray tracing hardware. We’re keeping our fingers crossed that this isn’t the start of discontinuation and the GPUs will return to the Nvidia website.

In the meantime, if you’re on the hunt for an Nvidia graphics card, we’ve got some handy where to buy guides for the

, articles that are worth keeping an eye on as we regularly update them to flag up when stock arrives. Similarly, on the AMD front, keep tabs on our guides for buying the