Intel appears to be trying to capitalize on AMD’s Ryzen stock woes, and 10900KS could be part of this 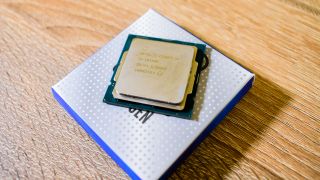 Intel could have a new top dog Comet Lake processor waiting in the wings, namely a fresh variant of the flagship 10900K, according to a new report.

The 10900KS is listed alongside the existing 10900K (vanilla unlocked model) and 10900KF (with no integrated graphics) versions of Intel’s top-tier Comet Lake chip, suggesting that this is a new variant that might be launched soon. Remember that

Rocket Lake is set to take off in March

, and if Intel does have a new spin on the 10900K, it’ll very likely be coming out before the next-gen chips.

The theory is that this will be a special edition of the 10900K CPU, a specially binned model – meaning Intel will select the choicest silicon for the chips – which means it can be pushed with slightly higher clocks,

– it remains to be seen what avenue Intel might take with the 10900KS).

Of course, just because it has popped up in a document, doesn’t mean this processor is inbound – the listing could be some kind of a mistake (maybe Intel previously planned to deploy the CPU, but has changed its mind since). A number of scenarios could apply here, so we certainly can’t take anything for granted – but that said, it’s definitely a possibility that there is a 10900KS on the horizon.

If it does eventually emerge, the 10900KS will seemingly come bundled with a copy of Crysis Remastered, as per the aforementioned Intel document.

Intel appears to be on a big counter-attack against Ryzen processors at the moment, with

, and this could represent another offensive against AMD which is currently

and supply of new