It only takes a couple of clicks 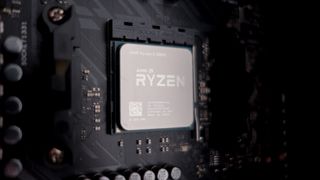 AMD Ryzen processors will finally hit 5GHz thanks to the free ClockTuner for Ryzen app – at least, that’s what its creator, Yuri Bubliy is promising.

have been warmly received by critics and customers alike, despite

While that 0.1GHz isn’t going to make a huge difference, hitting 5GHz is a big milestone, especially when rival Intel often boasts about how its own processors can achieve that.

However, ClockTuner for Ryzen (you can

) promises that with an upcoming update, it’ll be able to do just that. Best of all, it’s relatively easy to apply and safe as well.

Taking the pain out of overclocking

ClockTuner for Ryzen automatically overclocks your Ryzen CPU by applying profile tweaks on the cores it deems capable of overclocking safely, while also keeping temperatures and voltages in check.

With ClockTuner for Ryzen 2.1, which is in beta and available for

subscribers, you’ll be able to use its Hybrid OC setting on Zen 3 processors, with a new high performance ‘PX Profile’ which pushes the CPU to over 5GHz.

Finally getting AMD’s new Ryzen 5000 processors to hit 5GHz without any hard work on the user’s part sounds incredibly exciting. We don’t know when the full release of ClockTuner for Ryzen 2.1 is coming, but you can sign up to Yuri Bubliy’s Patreon for news about the software, and to help fund this potentially very helpful app.