Processor and graphics card stock woes could last into 2022, if chip shortage prediction is right

Are we on a highway to the silicon danger zone? 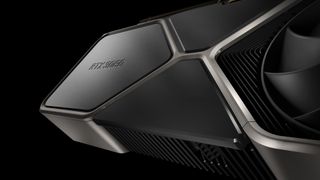 Chipmakers are suffering at the hands of a perfect storm of

which won’t be resolved until next year, according to a new report.

spoke to several analysts about the current supply and demand woes around chips that drive all the devices we use, including of course PCs, with the industry hard hit by Covid-19 (and logistics problems therein, plus much greater demand driven by all the people working from home), not to mention the US and China trade war.

Maribel Lopez, who is principal analyst at Lopez Research, spoke of the aforementioned “perfect storm” of demand issues which is unlikely to be resolved anytime soon, noting that the surge in demand for PC-related chips was something that wasn’t expected last year.

Harlan Sur, an analyst for JP Morgan, said “we believe semi [semiconductor] companies are shipping 10% to 30% BELOW current demand levels and it will take at least 3-4 quarters for supply to catch up with demand and then another 1-2 quarters for inventories at customers/distribution channels to be replenished back to normal levels.”

And Christopher Rolland, a financial analyst at Susquehanna, was also cited by the report, saying that he expected chip shortages will only get worse going into the spring.

Given Sur’s prediction, if supply won’t catch up for another three to four quarters, that realistically leaves us looking at chip shortages until at least 2022 – not a pleasant thought for those who have been struggling to buy PC components. The availability of graphics cards in particular, and processors – certainly

– has been pretty badly hit, as you’ve doubtless noticed.

AMD has freely admitted that it will

face ‘tightness’ of supply in the first half of 2021

with PC components – notably Big Navi graphics cards and some models of Ryzen 5000 CPUs, as mentioned.

Nvidia has made similar noises

about stock of its RTX 3000 graphics cards, too, with

Intel rumored to be outsourcing

some of its bread-and-butter CPU products (as part of the solution to its production and yield difficulties).

Rolland further warned we risk heading into “danger zone” territory for lead times in terms of chip orders, where wait times exceed 14 weeks (something that hasn’t been witnessed since 2018).

The other issue is that with supply cranked up, what happens next year (presumably) when demand levels start to normalize – could the opposite problem then occur, as we’ve seen in the past, with manufacturers ending up with excess inventory?

Stifel analyst Matthew Sheerin remains unconcerned about the possibility of over-ordering, stating: “We don’t see any major correction on the horizon, given ongoing supply constraints as well as continued optimism about improving demand in 2H21. We remain more concerned with continued supply disruptions, and increased materials costs, than we do an imminent multi-quarter inventory correction.”

At the moment, the only positive story lies with the stocks of chipmakers, which are predictably on a soaring upward trajectory, with trading in those stocks reaching fresh record heights.

The other winners, aside from investors, are scalpers, unfortunately, who buy scarce products to

resell them at hugely inflated prices on eBay

. We’re even starting to hear tales of price gougers buying prebuilt systems, ones that carry the much sought after current-gen GPUs and/or CPUs, to take them apart and sell components separately at a profit. Strange and sad times indeed…