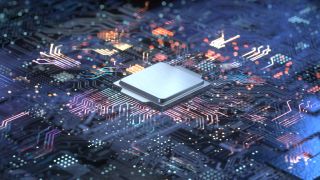 If the listing is accurate (and it’s

still up at the time of writing

), then it means Intel’s as-yet-unannounced processor will be quite a bit more expensive than its predecessor.

points out, the same store, Mindfactory.de,

It also means the right-core, 16-thread Intel Core i7-11700K will cost almost as much as the flagship Intel Core i9-10900K. If the price is correct, it looks like we could be paying a premium for Rocket Lake-S processors.

Worth the extra cash?

So, will 11th generation

be worth the extra cost? It seems Intel is hoping so, with its Cypress Cove architecture promising higher clock speeds, better performance and support for PCIe 4.0.

These processors are expected to be unveiled at an event on March 16, with them going on sale March 30. However, with Mindfactory’s listing still live, it looks like you may be able to buy it earlier.