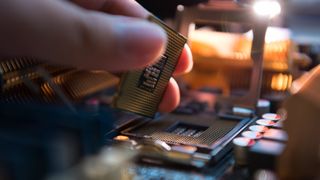 , with details including the name of the new processor SKUs, as well as clock speeds and configurations.

rumors regarding the new CPUs


An additional insight from known leaker

As with all rumors surrounding product leaks, if the information isn’t coming directly from the official source then remain skeptical. Intel hasn’t provided an expected launch date for these processors, but the current expectation is we may see an announcement in the next few months, possibly in line with Computex.


With the unreleased i9-11980HK allowing